Joan Robinson sent us this wonderful image of the winter solstice lunar eclipse. She says “I had a marvellous view of the eclipse this morning from my bedroom window in Warkworth and took loads of photos. One of them was used by Hannah Bayman on Look North Weather.”

A total eclipse of the Moon happens when the Earth is directly in between the Moon and the Sun, blocking its light.
The eclipse took place between 7.40am and 8.54am on 21st December.

According to Wikipedia :
“It is the second of two lunar eclipses in 2010.  It will be the first total lunar eclipse to occur on the day of the Northern Winter Solstice since 1638, and only the second in the Common Era. 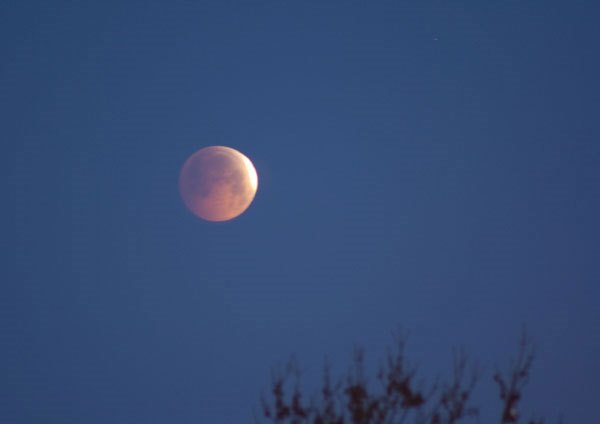 One thought on "Lunar eclipse"