No change at food factory as the saga continues 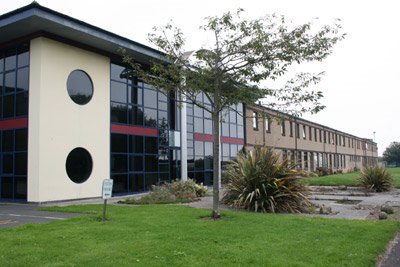 The Ambler learned as it went to press that Longbenton Foods still believe they can buy the Amble factory despite an earlier statement by administrators that the sale had fallen through.

Our sources said that the outstanding finance appeared to have been secured and that it was likely to be in the appropriate bank account last week.

A spokesman for Longbenton Foods said “We have a positive dialogue with the administrator, that is what we can say for now. We hope we still can conclude the deal and reopen, this is our intention and plan.. We want to see the 110 employees back to work as soon as possible.”.

He had told us earlier “We have not given up, and we are still trying to get Amble back up and running”.

Before that the administrators Begbies Traynor announced that the purchase of Northumberland Foods by Longbenton Foods had officially fallen through.

They said Longbenton Foods had failed to provide enough money by the deadline and so the factory in Amble was once again up for sale.

Despite exchanging contracts on 22nd October, Longbenton Foods were unable to complete the purchase by 22nd November. Extensions were granted but by 22nd December the company had still not paid the rest of the money.

“The Administrators owe a duty to all creditors to maximise realisations and have, therefore, decided that, given Longbenton Foods’ continued inability to raise the necessary funding to complete the transaction, it is appropriate to rescind the contract” said Begbies Traynor.

They said they intended to press ahead with the marketing and sale of the business, including its plant and machinery and the property situated at the Coquet Industrial Estate.
“It is hoped that a purchaser can be found who is able to recommence production in Amble and the Administrators are eager to talk to any interested party and will work with the Council in the hope that the jobs which the business previously provided can be restored.”

Process worker Kevin Young who has worked at the factory for eight years told The Ambler:
“I’m not going to hold my breath about a new buyer. I’m going to try to find another job if I can. What I can’t understand, if they’ve put that much money into it, it must be because they wanted to buy it. I can’t understand what’s happened.

“I’m in a union (USDAW), and they said we could claim if we were locked out and they would pursue the matter if we wanted. I’m depressed about the whole thing really.”

Other employees said they were still being told nothing.  One, who wanted to remain anonymous, told us just before the administrators’ announcement that unofficially information had been filtering down that Longbenton Foods were “trying to sort the finances out. “Vidar Engen, the managing director has moved on. None of us has been formally laid off or made redundant. Nobody’s got their P45”.

That was making it difficult for employees to obtain any benefits to tide them over financially. “We were last paid just before Christmas,” said our contact.

In the meantime, Sweeney-Kincaid, industrial auctioneers appointed by the administrators Begbies Traynor began advertising the factory and its equipment for sale on January 18.