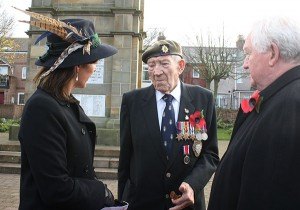 Remembrance Sunday was another proud day for Amble. Hundreds of people filled the Town Square to watch Her Grace the Duchess of Northumberland led the tributes to those who gave their lives in war.

Prayers were led by Rev Diane Westmoreland, Rev Lynda Coulthard and Rev Alison Mills. A trumpet sounded the last post as the maroons blasted for the two minute silence.

The Duchess, who is Lord Lieutenant of Northumberland, laid a wreath on behalf of HM the Queen. Wreaths were then laid by war veterans and their representatives, by the armed forces, public services and local organisations.

The Mayor laid a wreath on behalf of the people of Amble, and young people from the army cadets, guides and James Calvert Spence College also laid floral tributes.

A wreath was laid on behalf of the people of Hauxley and tributes were left at the Radcliffe Memorial which as usual was flanked by two standard bearers.

At the end of the service the National Anthem was sung. The event was organised by Amble Town Council, who estimated over five hundred people attended on Remembrance Day.

On Tuesday 11th at 11am, children from Edwin Street School and Brambles Nursery held their own memorial service in the Town Square. Prayers were given by Rev Velda Nicholson. The children who were aged between three and nine years old, all honoured the two minute silence and afterwards laid a wreath and a hand-made poppy cross on the war memorial. 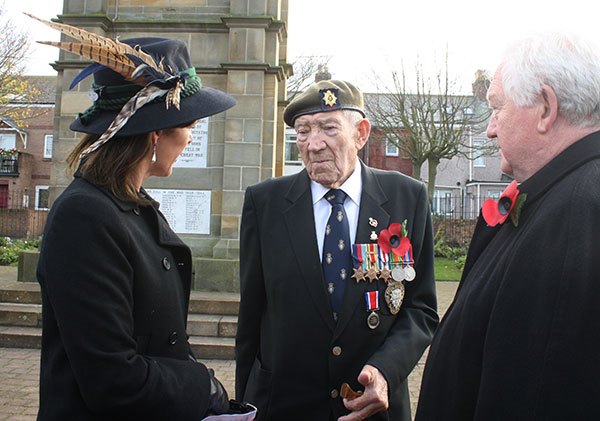 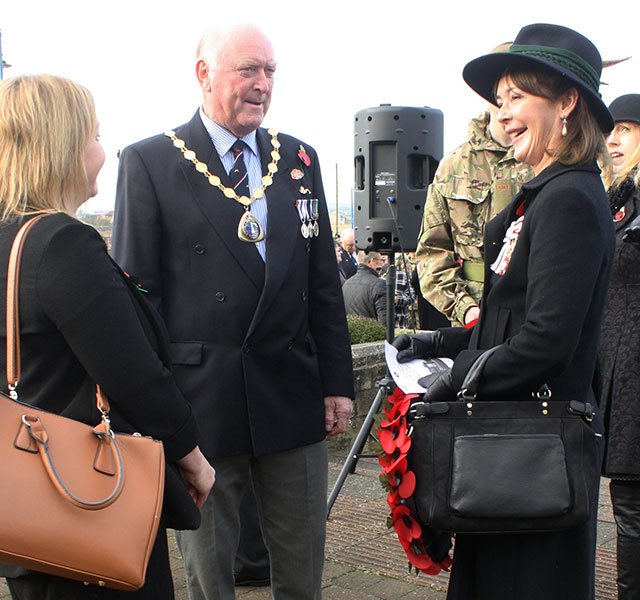 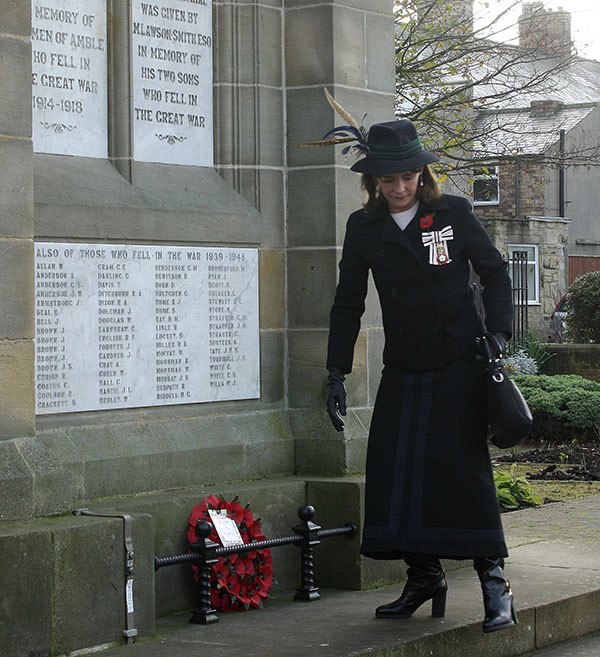 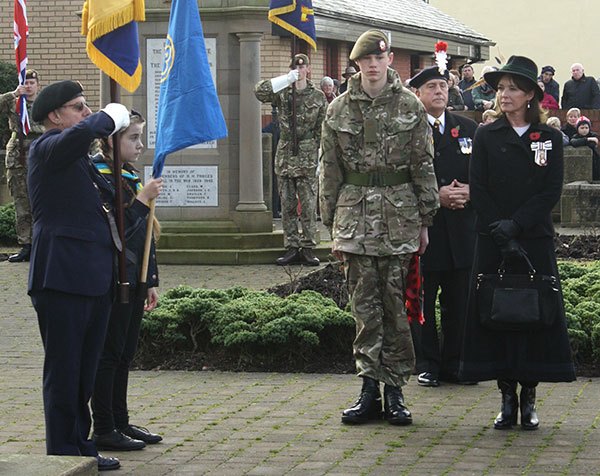 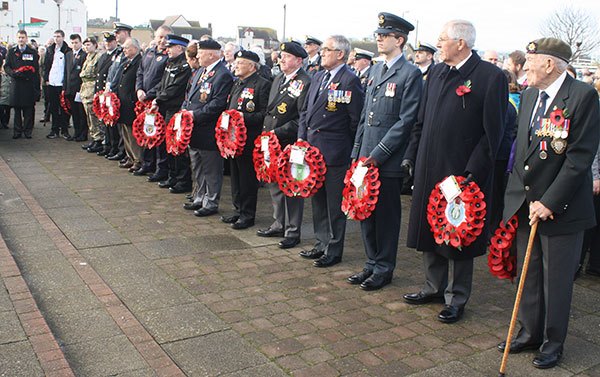 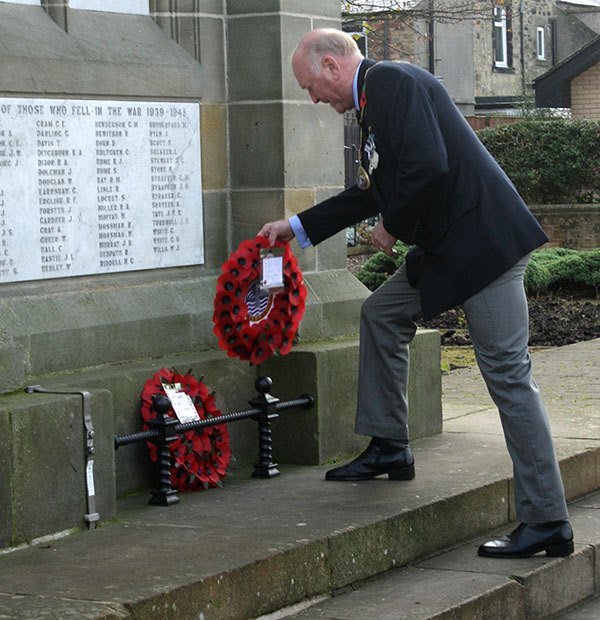 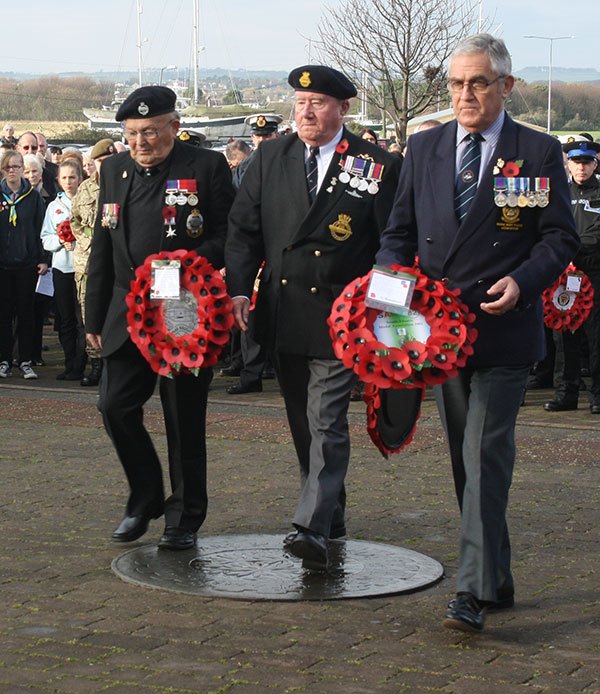 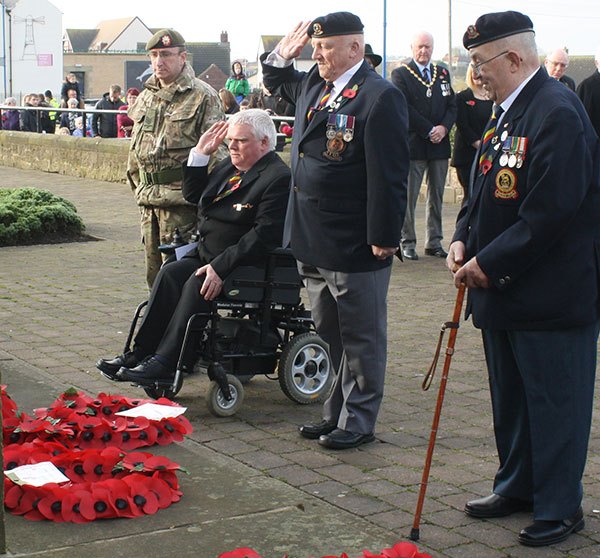 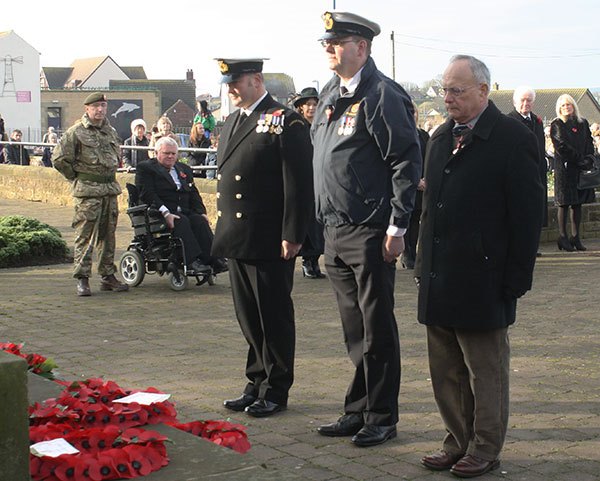 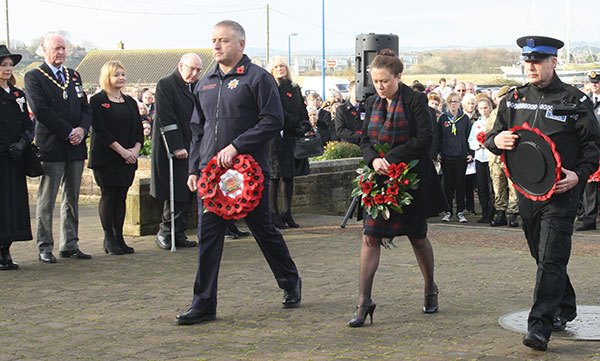 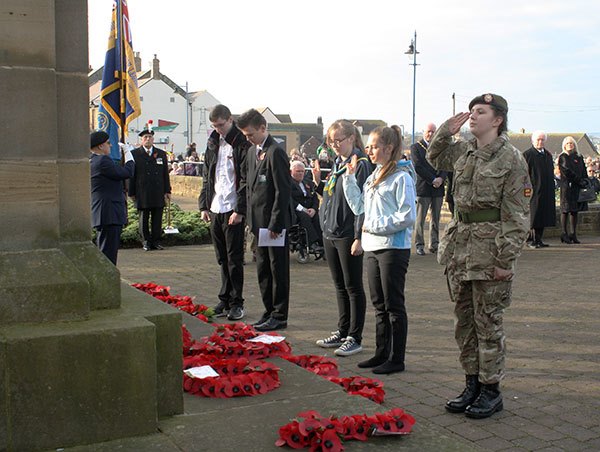 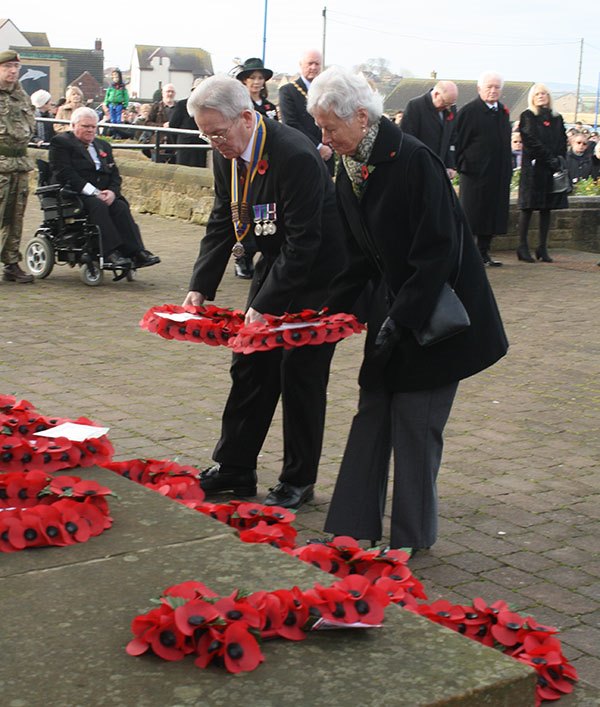 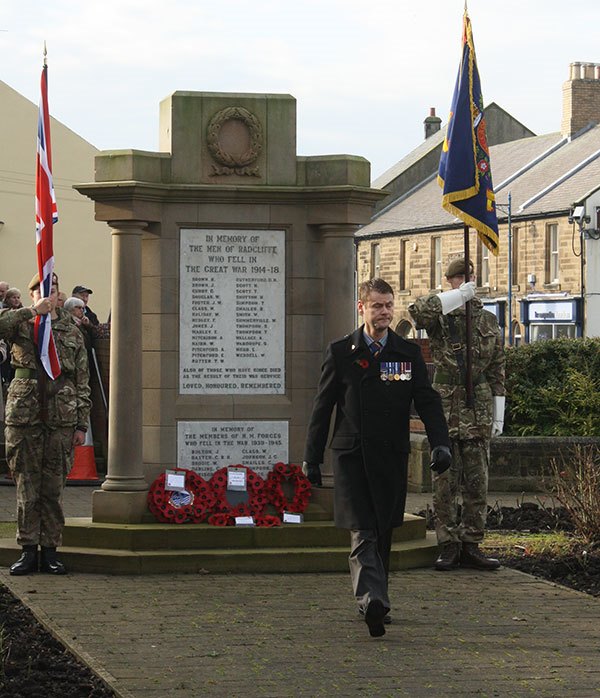 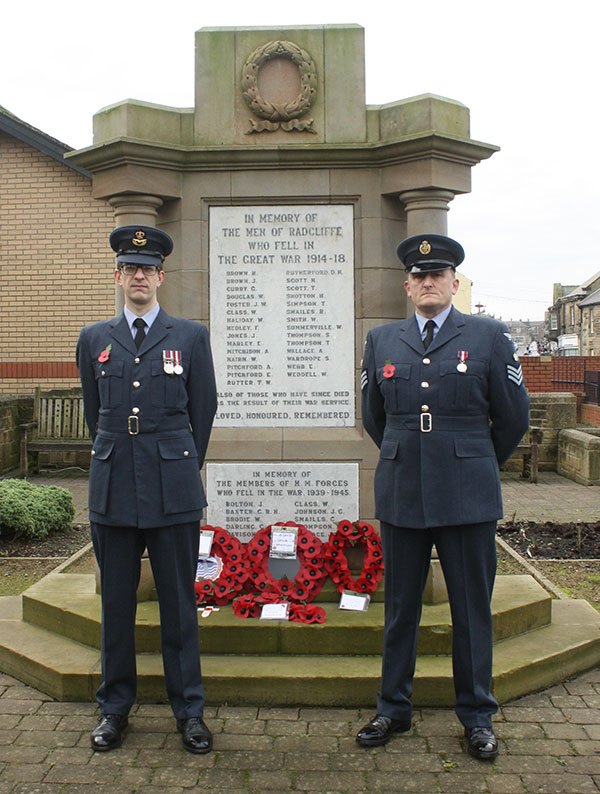 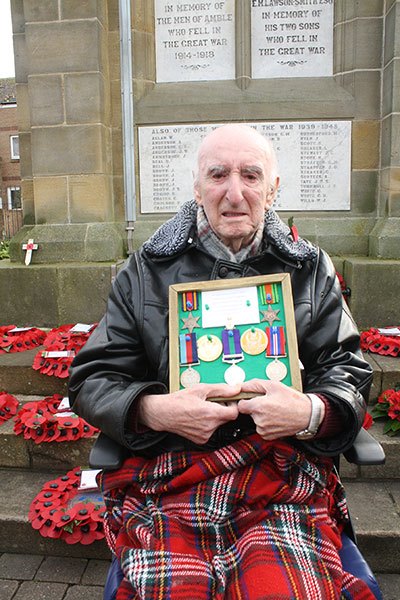 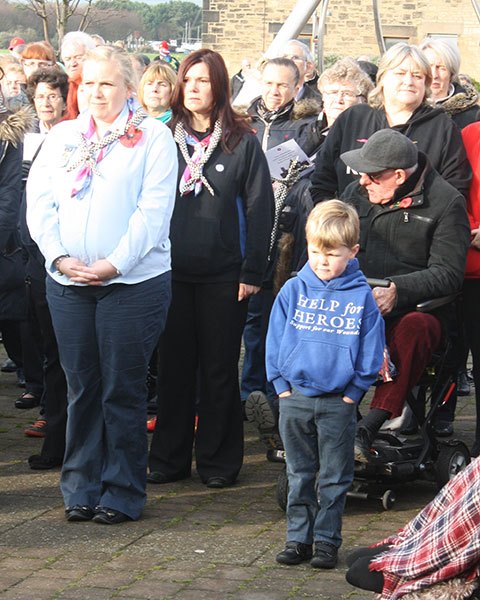 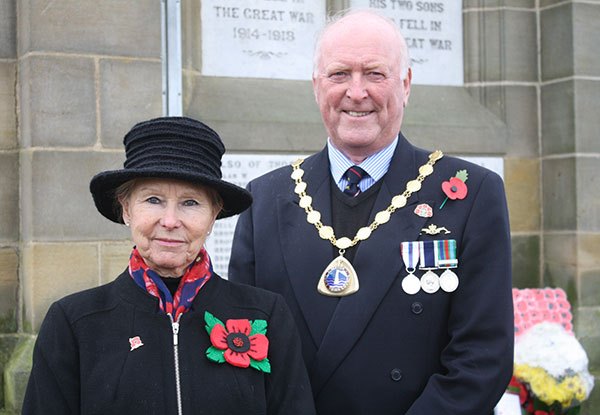 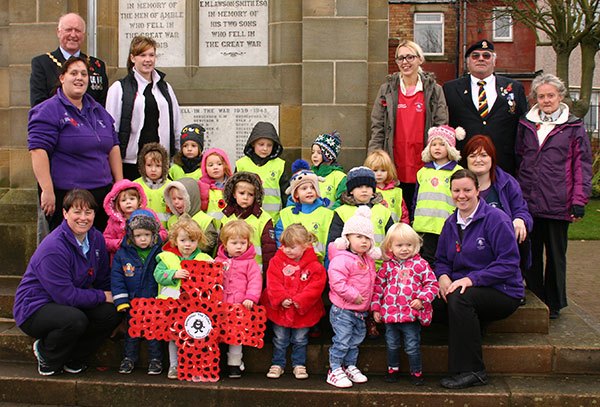 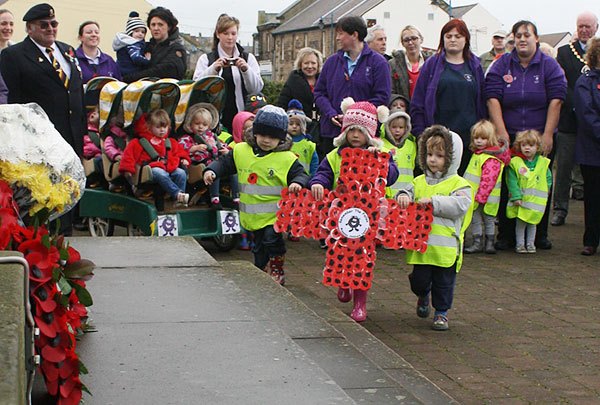 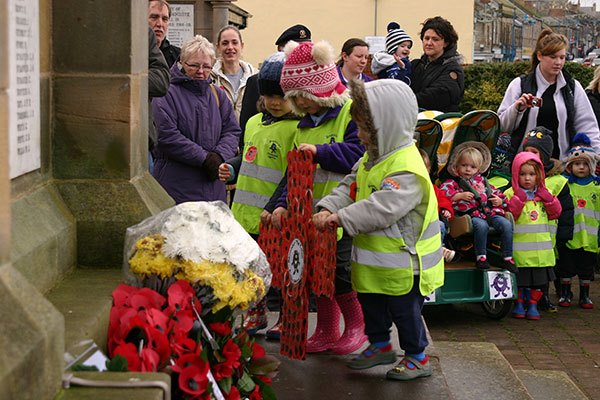 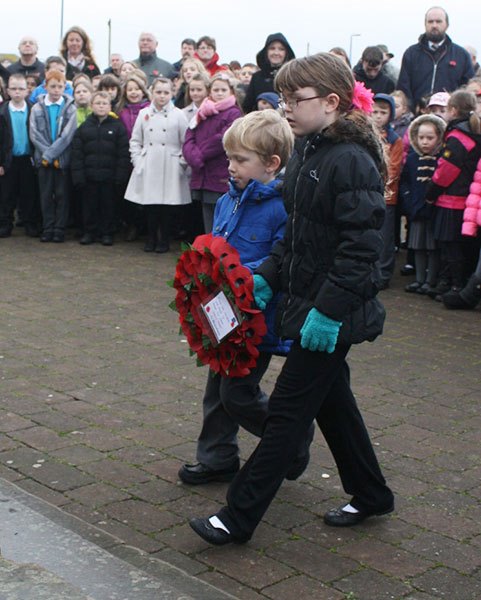 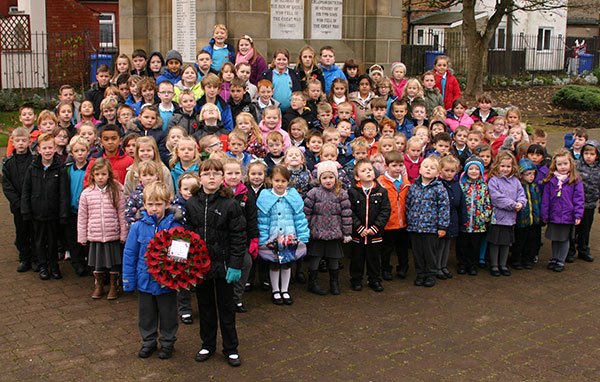