In a remembrance event that is growing in numbers year by year, hundreds of people once again turned out to pay their respects to Amble’s war dead. The town square was packed with wreath bearers and local people, who braved the driving rain to watch the service. 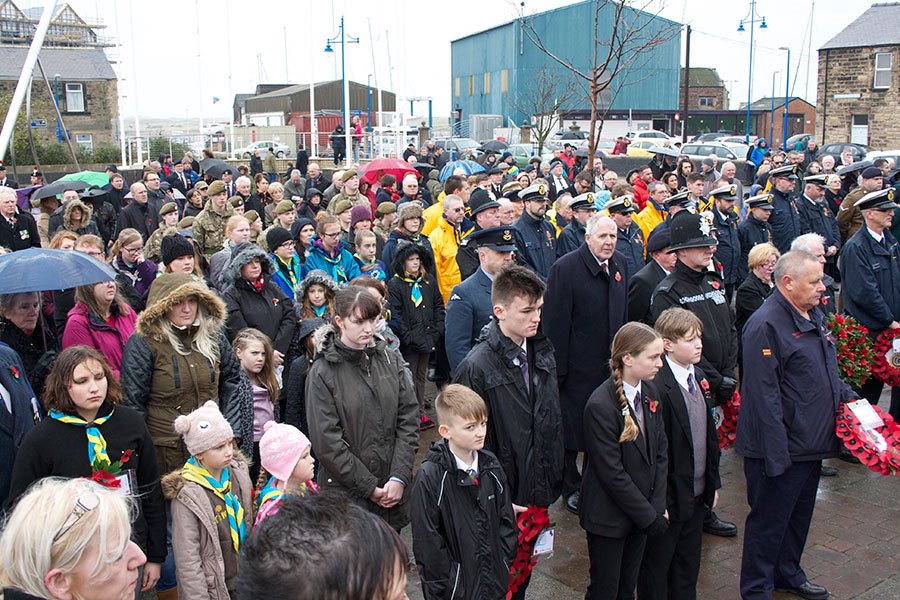 A maroon marked the beginning and end of the two minute silence, after which the last post was played. Poppy wreaths were then placed on Amble and Radcliffe memorials. 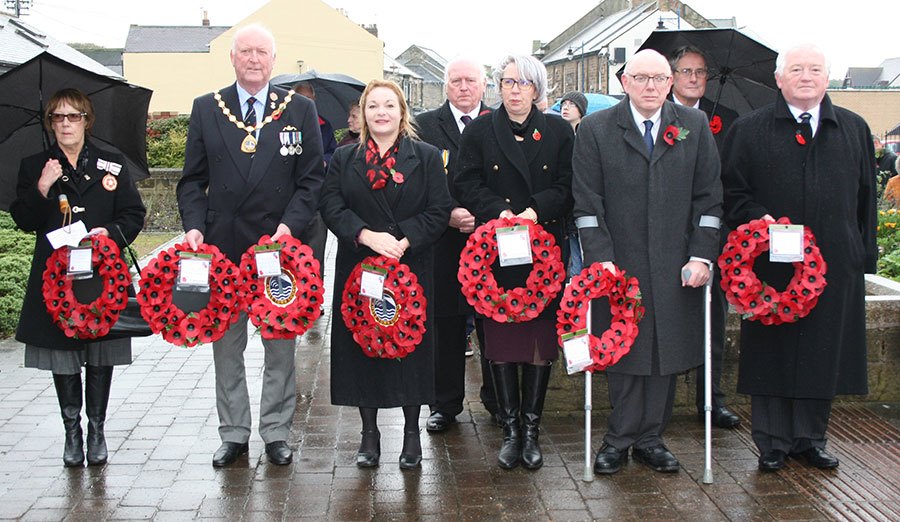 Two rows of tribute bearers flanked the steps of the memorial gardens. Wreaths were laid on behalf of the people of Amble, Radcliffe and Hauxley by a representative of the Lord Lieutenant of Northumberland, and by County, Town and Parish councillors. Wreaths were then placed by representatives of the armed services and community groups.

Prayers, readings and a blessing were spoken by Amble clergy. Afterwards, a procession moved along Queen Street to St Mark’s church for a remembrance service. 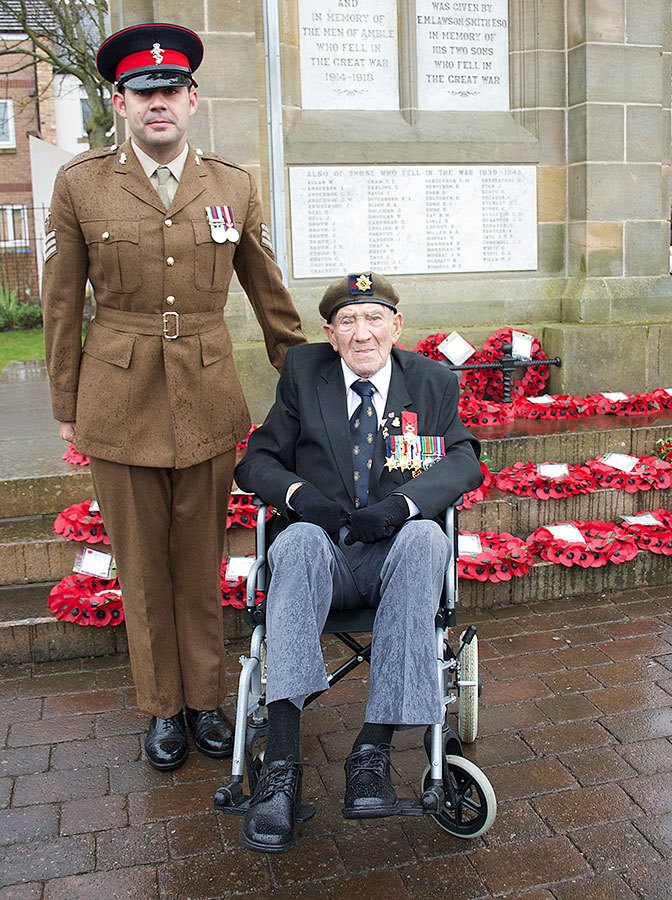