Credence Brewery: Why Michael and Matt believe in the beer 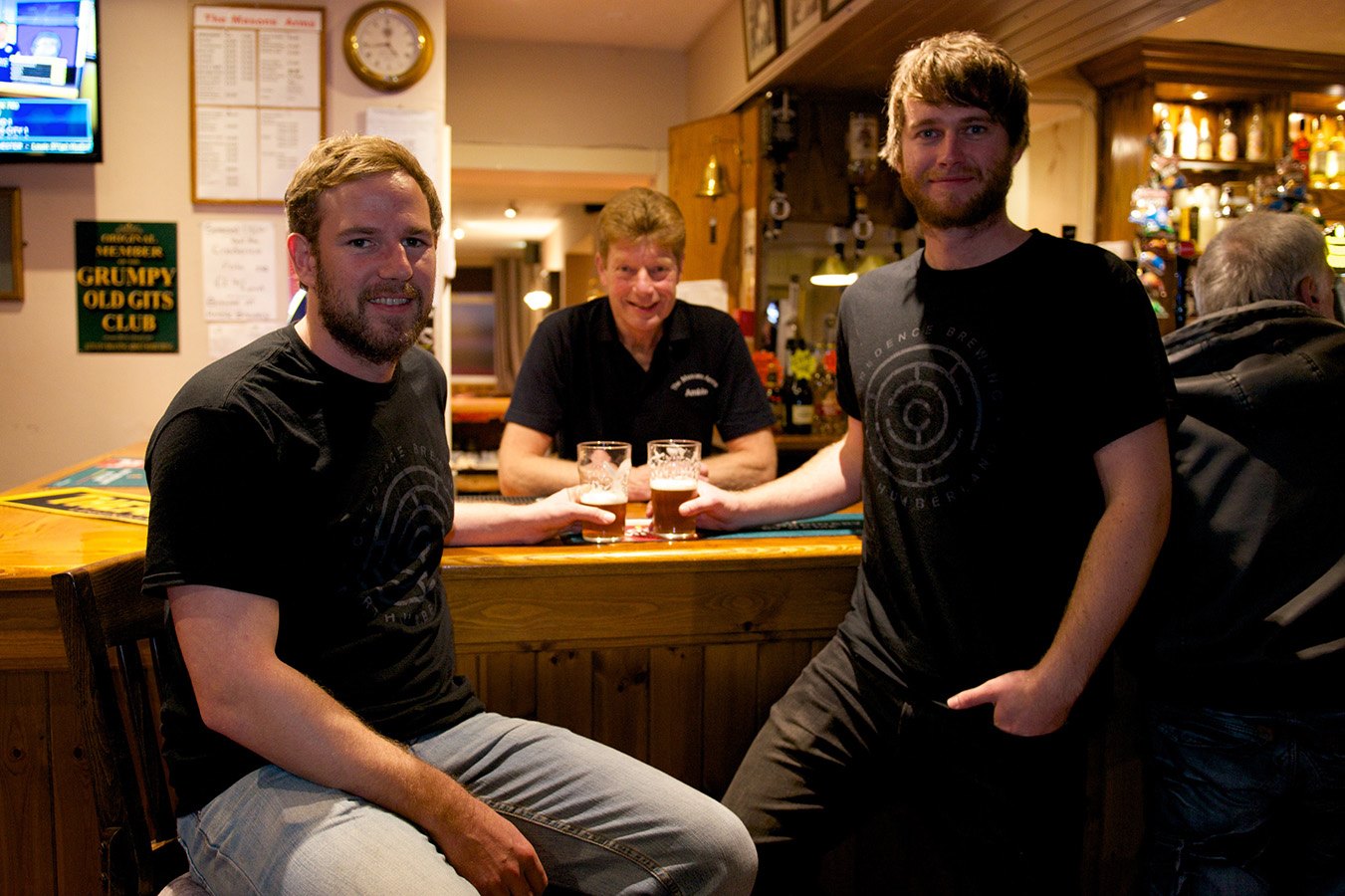 You know that thing when you and your best mate are discussing the future, usually over a few beers, and you come to the conclusion that setting up your own brewery would be the best idea ever? And what if, the next morning, you decided to make that actually happen?

Michael Graham and Matt Taylor can explain what happens next.

The two friends grew up together in Harrogate before Michael’s family moved to Alnwick. Michael had been working in the brewing industry and home brewing for 13 years and decided the time was right to branch out on his own.

“It was always an aim of mine to have my own brewery,” explained Michael. “But I knew it was too much for one person, so I asked Matt to come up.

“We looked all around for suitable premises and found them in Amble. We also looked at the Amble2020 strategy and saw that food and drink industry was being pushed here, so it sounded like a good match.”

Matt has a background in finance and a degree in economics, so the pair’s skills complement one another. “We both have a passion for beer and good food. They have been a good part of our social life!” said Matt.

But they take this enterprise very seriously, investing all their savings and convincing shareholders to join the venture.

“It’s not hard to convince someone to take a share in a brewery” laughed Michael, “but we’ve left nothing to chance; we’ve invested £100,000, we’ve installed the kit ourselves and it took two months to get the premises right and everything working properly.”

So Credence Brewery was born. The name reflects their belief and confidence in the integrity of their products.

“We like clean, flavoursome and very drinkable beer” said Michael. Credence is a memorable name; it means a belief that something is true.”

Credence produce four core beers, Blonde, Pale, Porter and IPA, and are already selling in 30 outlets throughout Northumberland, Newcastle and Yorkshire. Amble fans of real ale can sample Credence Pale at the Mason’s Arms, where it is proving very popular. “Everybody likes it” said Mason’s Arms landlord Nigel Wilson, “We sold three kegs in one week.”

At the moment the beers are only available in casks, but Michael and Matt have plans to bottle their products, double their capacity and extend their customer base further afield. Expansion would also mean increasing their workforce.

“We’d like to thank everyone who has helped us so far,” said Michael. “Local business people, everyone has been so supportive, and it’s been great to share our passion.”
Anna Williams

2 thoughts on "Credence Brewery: Why Michael and Matt believe in the beer"