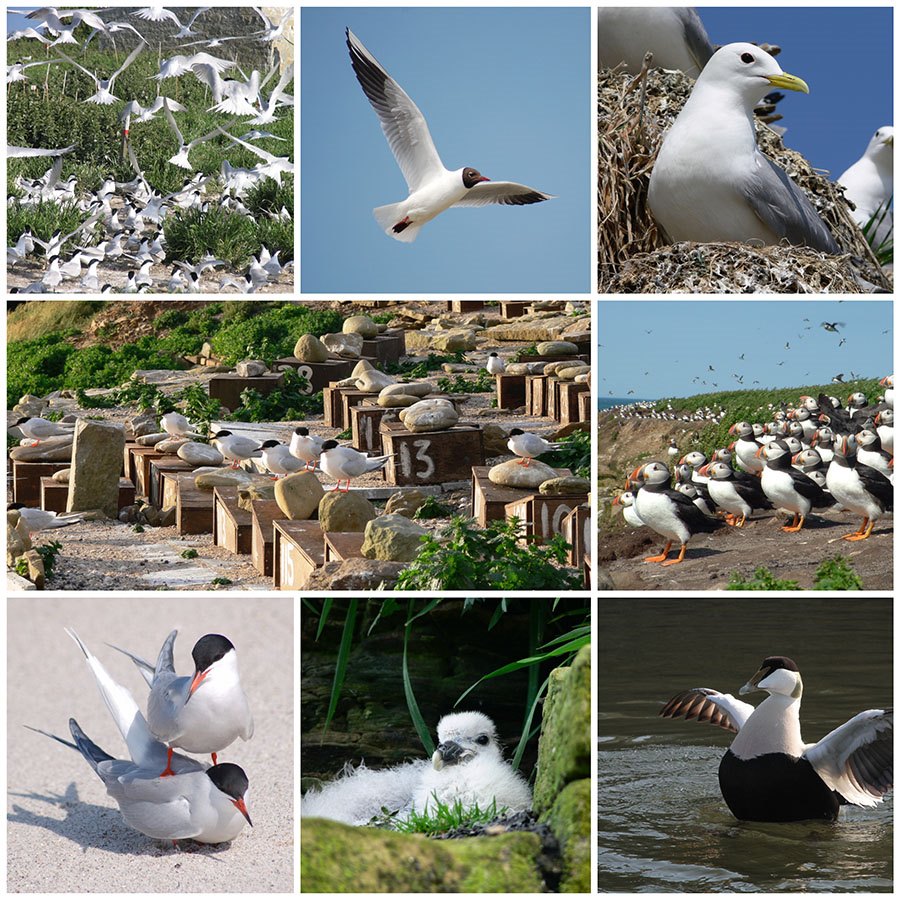 Welcome to Northumberland, the land of hidden charm and mysteries, best known for its castles and ruins. Several small islands along the Northumberland coast, such as the Farne Islands and Coquet Island, are famous for their birdlife, outstanding flora and fauna, distinctive by a great variety of ecosystems and animals species.
The remarkable diversity of habitats has allowed many birds and mammals to find shelter. The Royal Society for the Protection of Birds, (RSPB) manages Coquet Island as a bird reserve, with its significant seabird colonies. The RSPB is the country’s largest nature conservation charity with more than one million members – young and old, urban and rural, from every corner of the UK. Most of them are volunteers who spend thousands of hours working directly for birds and wildlife. The charity is constantly aiming to grow in reputation in a number of ways, campaigning for nature, protecting habitats, saving special places, conservation projects (habitats, species) as well as public education. Currently, 200 nature reserves (covering almost 130,000 hectares) home approximately 80 per cent of the rarest and most threatened bird species.
Paul Morrison, RSPB’s warden, is carrying out conservation activities on Coquet Island situated 1.2 kilometres from Amble. It accommodates a lot of uncommon species which need to be protected. The most numerous is the Puffin, although the island is most important for the largest colony of the endangered roseate tern in Britain. Indeed, Coquet Island is the only UK nesting colony of roseate terns. Therefore it is a critical site for this species.
Other nesting birds include Eider ducks, Sandwich terns, Arctic terns, Common terns, Black-headed gulls, kittiwake and Fulmar. The Roseate tern is a red-listed bird, along with Puffins and Mediterranean gulls. It is the rarest British nesting seabird. Species are mainly threatened by the destruction of their habitats, marine pollution and overfishing.
In addition, global warming is currently the greatest danger for wildlife. Human activity is partly responsible for the disappearance of many species. We all must become aware of the consequence of our actions and start to minimise the impacts of our activities on nature.
Together we can protect threatened birds and wildlife so that our towns, coasts and countryside will hopefully teem with life once again. A lot of rare natural resources may disappear. The past has often been preserved, but what about the future? These days it is essential to act in the interests of wildlife preservation.
Célia Fery