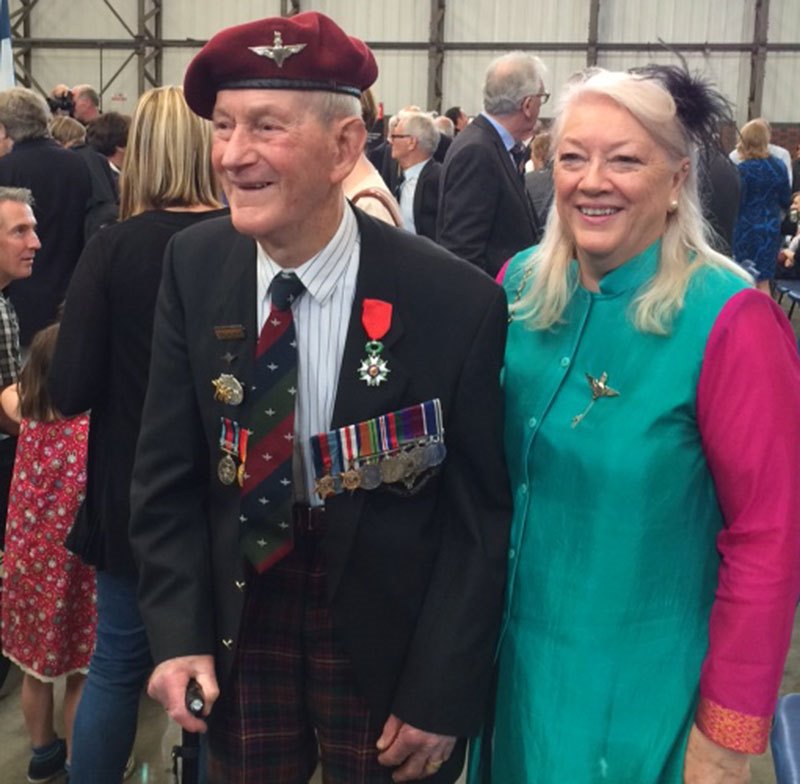 Seeing a 93-year-old man walking pretty slowly with a four wheeled walker gives no indication of the active and varied life he has lived.

James M Johnston (known to nearly everybody as Johnny) was born in 1922 in the Scottish borders.

His father was a farm worker, working on a number of farms during the childhood of his five children.

Village schools were the source of formal education, but I can’t help feeling that real learning came from active living and the challenges of farm life in those days.

Johnny always knew that he wanted a life away from the drudgery of farm work, so he became a boy soldier at the age of 14.

During the next twenty odd years he was in turn, a piper, a pipe major, a paratrooper, a parachute instructor, a PTIC (physical training instructor), a member of a tank crew, and a tank driving instructor.

Johnny’s service life took him to various UK postings, to the D-Day landings as a Pathfinder, on through France and Germany, to the Far East, the Middle East and on to Germany.

Coming out of the Army, as so many NCOs did, with the end of national service in the late 1950s, he joined the WDC (War Department Constabulary, now the MOD Police.) work kept him busy, but so did his enthusiasm for football refereeing and running. I only saw him ref once, and predictably there was only one man in charge of the game, making good and fair decisions.

Johnny had always been fit, hence his selection as a para, so he took to running like a duck to water. He has run all over the world in a range of events from 5,000 and 10,000 metres to marathons, with a good sprinkling of cross country races (probably his favourite and mine!) The bronze medal he won in veterans’ athletics events in Melbourne must be a highlight.

The map in their garage is testimony to the travels of Johnny and his wife of 67 years, Vera. I know that Vera has been a very important part of the logistics team, besides working as a nurse for many years, including a spell in a military hospital.

It seemed right that Vera and Johnny came to live here in Amble, Vera’s home town. They’ve lived here for 30 years, longer than they’ve lived anywhere else, having a full and widely travelled retirement.

Johnny’s range of military and sporting medals and trophies now includes the Legion D’Honneur, given to D-Day veterans by the French government in a recent and very moving presentation ceremony at RAF Elrington in Yorkshire.

It’s more than 72 years since Johnny landed as a Pathfinder, and then made his way through Europe with a “borrowed” American carbine, with its complement of ammunition. How’s that for a full life?