Posted on 03rd May 2017 | in Community , News , Northumberland County Council 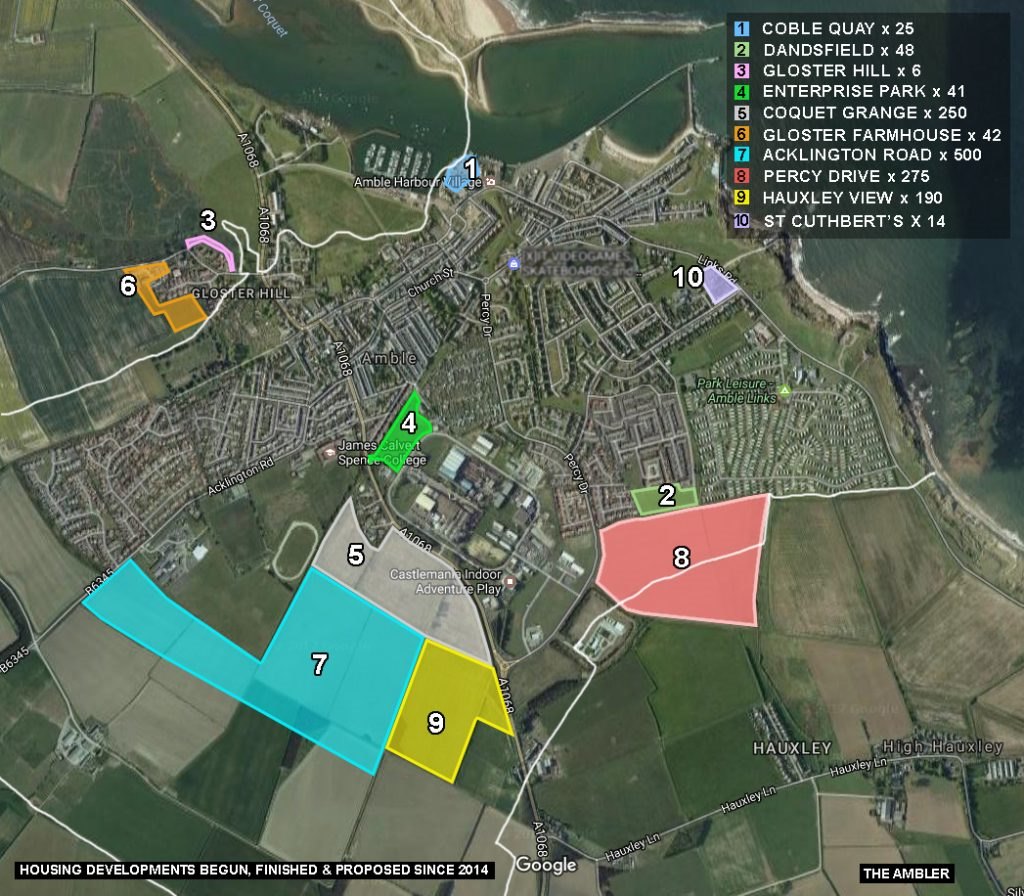 Areas of recent house building, plus possible new development in and adjacent to Amble

Never mind whether we’re the Friendliest or the Kindliest Port, it does begin to look like we’re the most popular port. What’s the collective noun for planning applications? A bulldozer of developments? Answers on a postcard please…

Since 2015, around 320 homes have either been finished, or are in the process of being constructed in Amble.

In 2015, 48 new houses at Dandsfield were finished, and the 25 apartments at Coble Quay were begun, followed by the start of the 250 home Persimmon development. Before that, there had not been significant development in Amble since the early 2000s, when around 300 houses at Gloster Park and Robson’s Way were built.

Now within the space of six months, seven developments, totalling 1078 new homes are proposed in the Amble area. 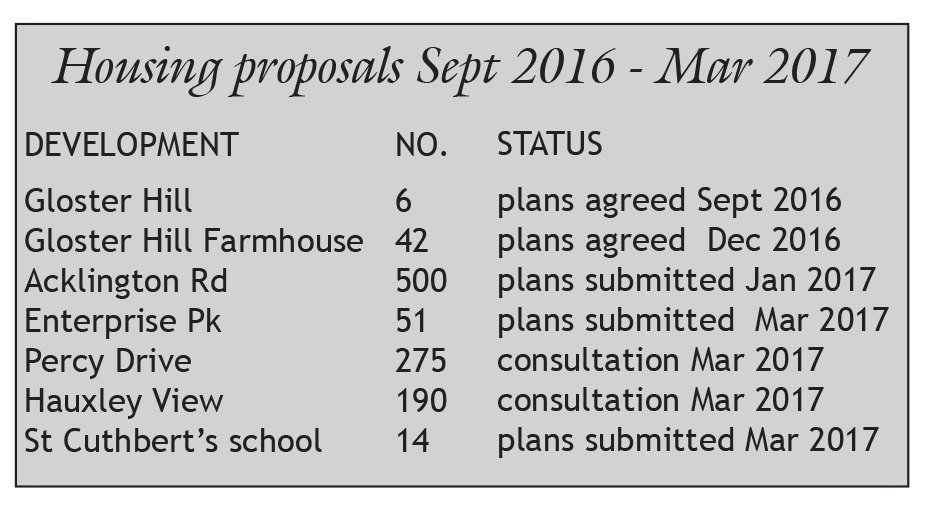 Housing proposals for the Amble area from September 2016 – March 2017

It is unsurprising that so many residents feel overwhelmed or even angry about the onslaught.

“It’s all getting out of hand,” said Mick Walters, who put the blame squarely on Northumberland County Council. He criticised councillors “for ignoring the needs and wishes of the vast majority of residents on planning.”

Most comments heard by The Ambler, questioned the ability of Amble’s infrastructure to cope with increased pressure. 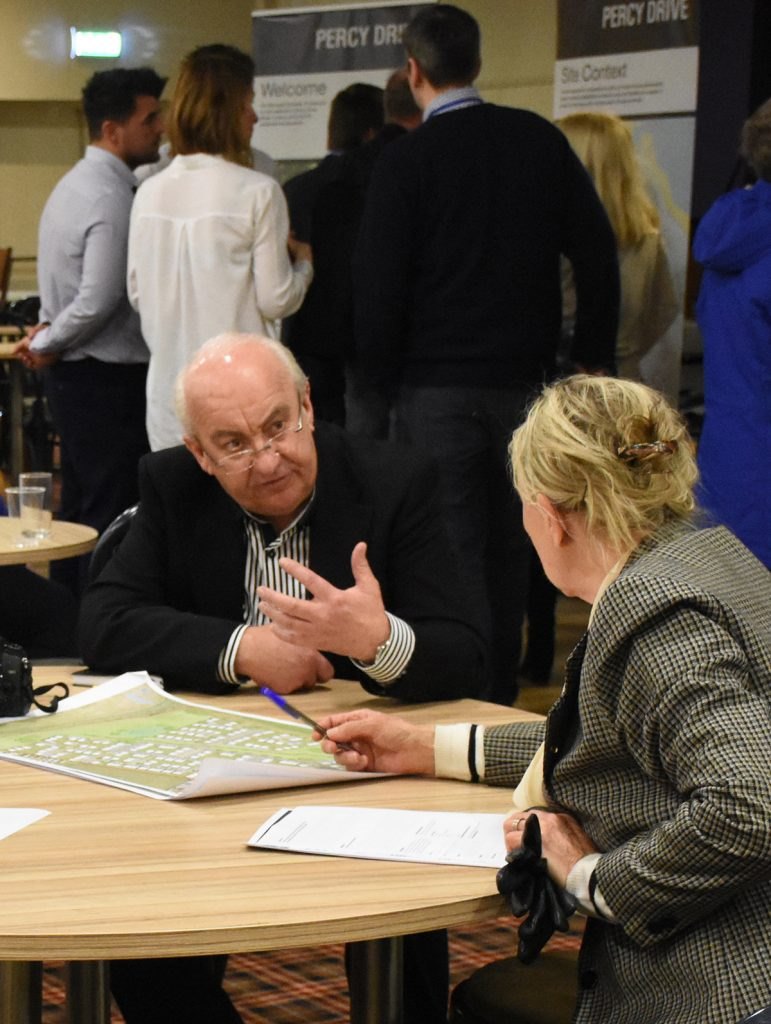 Above: Maurice Sewell director of Cheviot Holdings was on hand at two public consultations in March, to answer questions from the public.
The development company has plans to build 465 homes at Percy Drive and Hauxley Way. They are planning a mix of detached, semi-detached and terraces.
“We work to a high ethical standard, we employ local builders, source local materials and employ local companies” said Maurice.
“Northumberland County Council has identified Amble as an area for growth, and we will offer high quality homes, built to high environmental standards, at a competitive price.
“I am having a conversation with Northumberland Wildlife Trust about a partnership. We’ve agreed to put in significant funding to NWT to protect the coastline, from Hauxley Nature Reserve to Amble.”
Photo by Rod Hardisty

Difficulty in getting medical appointments, a lack of school places and road congestion were the most frequent concerns.

NCC’s Core Strategy document says Amble has sufficient capacity to accommodate 600 new homes between now and 2031. The plan across the county is to deliver 24,000 houses throughout Northumberland between 2011 and 2031.

NCC expects to receive £6.8m for the year 2017-18, from the government’s New Home Bonus, a scheme which gives councils six year’s worth of council tax for every new home built. It expects to receive an additional allocation of £4.1 million by 2019-2020.

At the third planning consultation in as many weeks, several people expressed their anger at the sheer number of houses being proposed. “It’s absolutely awful. I want to know how we can stop it,” said one woman. “It’s going to double the number of people in Amble.”

“I can’t say how much I strongly object to this. There are too many new houses being built in Amble. There’s no thought on retaining the character of Amble,” said another. Her husband agreed, “Where are all the jobs coming from? I suspect it is all about lining the developer’s pockets, rather than responding to an identified need.”

One thought on "Seven housing developments in six months"