The friendliest cat is feline fine 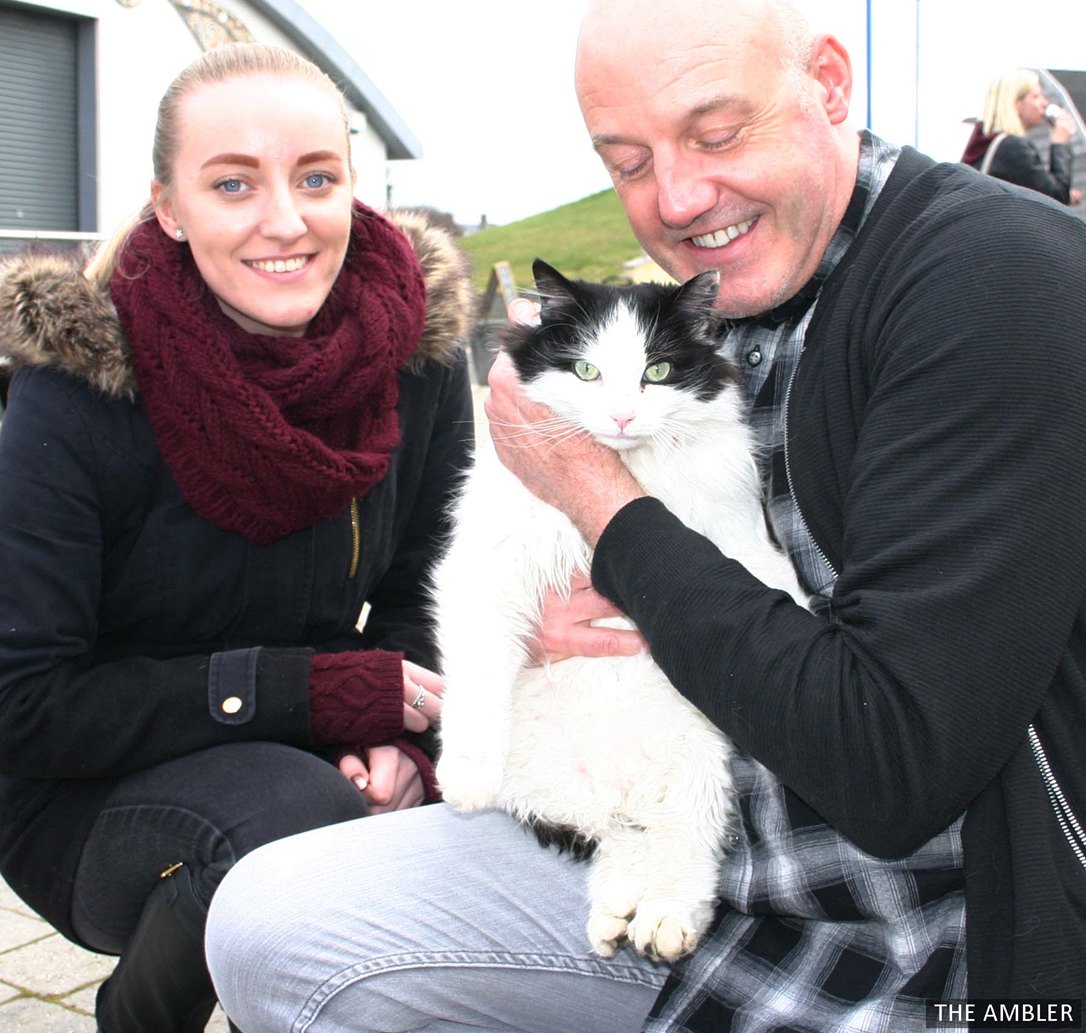 Laura Stubbs and Ashley Sims with Oscar the Pod Cat

Oscar the Pod Cat is used to attention. In recent weeks however, the friendly feline has required several trips to the vet, and people from far and wide have donated money to help with his medical bills.

A crowdfunding page was initially set up in March for the homeless cat after he needed a health check. And the fund was crucial a month later, when Oscar arrived at the Harbour Village nursing an injured paw.

Oscar is a regular visitor to Amble harbour, where he is fed, watered and generally admired. He was adopted by the Harbour Village pod owners after they suspected he had no one official home.

At the beginning of March, pod owners noticed Oscar’s coat was matted and in poor condition. He was taken to the vet who gave him a thorough check up. The prognosis then was that Oscar is overweight and needs to go on a diet.

Ashley Sims, co-owner of P Pod said “Basically, he’s too fat and he can’t groom himself properly. That’s why he’s looking a bit bedraggled; he can’t get round to groom himself!”

The fat cat was put on a diet, and people were asked not to feed him treats. The diet worked well, and Oscar lost 400g.
But a month later, Oscar was back to the vet after hobbling into the Harbour Village on three legs. The vet suspected Oscar had been in a fight, and prescribed antibiotics.

Coquet Cosmetics pod owner Laura Stubbs set up a Go Fund Me page for Oscar’s medical bills, and was amazed at how quickly the donations came in for his wellbeing. “I only set it up the night before, because people who don’t live in Amble were telling me they wanted to help. Everyone’s asking how he is. We’ve even had people coming to the Harbour Village bringing money for him.”

Oscar’s fans live far and wide; one lady from Liverpool regularly rings to check up on his welfare. And many people have been posting good wishes on his Facebook page.

He also became a hit at Alnorthumbria Vets, who offered to put him on their Healthy Pet Scheme free for a year.
A post on Oscar’s facebook page said: “We would all like to say how grateful we are to Alnorthumbria Pets (especially Fiona and the team at Amble) for the free year of Healthy Pet Club and we have decided to save the total money raised to pay for Oscars next few years of Healthy Pet Club”

Laura said “He’s still not putting his full weight on his bad leg. Hopefully he’ll start to improve soon. He’s still been his usual self, eating lots and enjoying lots of cuddles I’m just pleased we started fundraising when we did! ”
Oscar’s Go Fund Me site: www.gofundme.com/oscars-vet-bill
Anna Williams