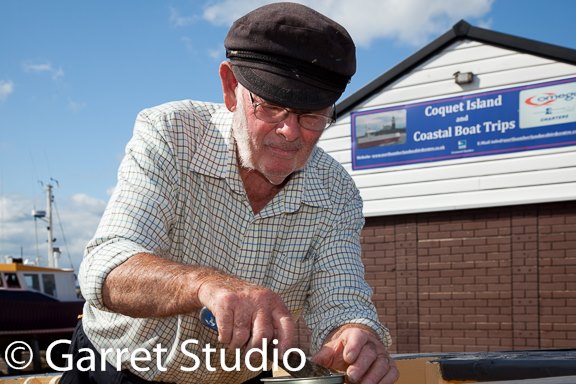 Hector Handyside was one of the last Northumbrian coble builders

John Hector Handyside known widely as ‘ Hector’ to anyone who has even the slightest interest in inshore fishing boats and cobles in particular, passed away peacefully on the 31st May aged 83.

From Berwick upon Tweed to the Humber, mention of his name would conjure up visions of skilfully built cobles with beautiful lines that were also superb sea boats. Hector was one of the very few great wooden boat builders on the North East and Yorkshire coast.

The boat yard of J&J Harrison started in Amble in 1870 mainly building collier brigs but by 1920 they were building numbers of cobles. Hector joined the firm in 1948 and in time became the master builder. Fishermen wanting to order a new coble would discuss their requirements with Hector, and without plans and just some basic overall measurements, the requirement would be met from great skill and years of experience.

Sweet Promise was one of the cobles restored by Hector Handyside. It can be seen in the boat storage yard behind Broomhill Street

As well as new builds, Hector restored or rebuilt many cobles. Several of these stand out and are still around, including ‘Sweet Promise’ originally built in 1906 by William Cambridge. ‘Sweet Promise’ can be seen in the boat compound behind Broomhill Street.

The ‘Christina’ built in 1972, the ‘Gratitude’ built in 1976, and the ‘Madeleine Isabella’ restored in the 1990’s all took part in the Bridlington Sailing Coble Festival in 2016 and are all likely to attend this year, showing that the quality Hector built into his boats will see them last for a long time yet.

If you have any stories or memories of Hector you would like to share, please let us know.
Email editor [at] theambler [dot] co [dot] uk 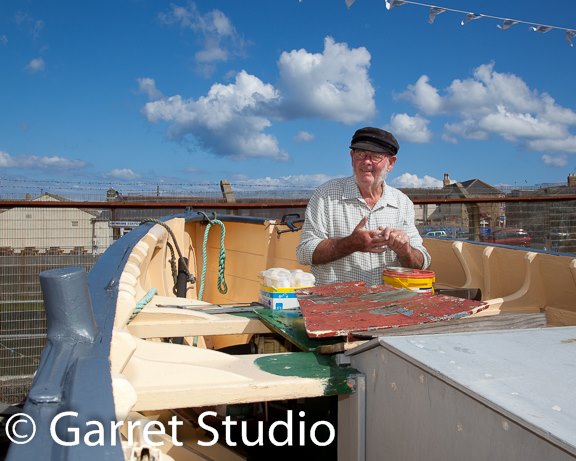 Photographer Yvonne Davies made a short film about Amble fishermen, which includes footage of Hector

She told The Ambler, “The last few minutes is of Hector, his son Doug and his grand-daughter Erin working together on the harbour and remains one of my favourite afternoons.”

She also had fond memories of her time getting to know him.

“I was saddened to hear about Hector, my conversations with him were always refreshingly warm, friendly and interesting. He had a love of the traditional craft of boat building and I listened attentively to him, always. When I first met him I made a blog entry about my afternoon with him”,

“I will remember him with great warmth.” 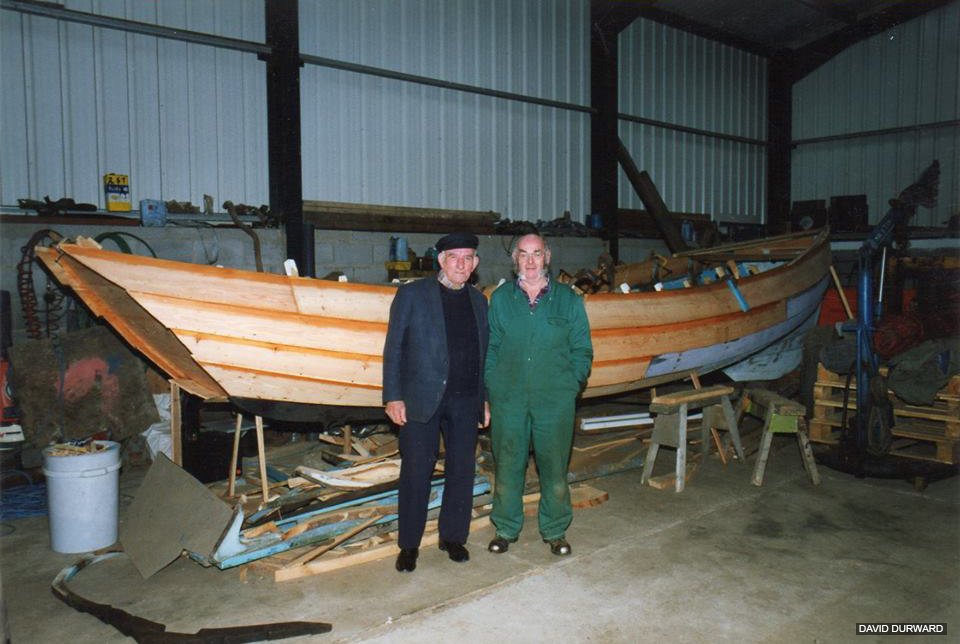 Hector Handyside on the left, with Jack Lisle in Harrison’s boatyard, Amble. Photo by David Durward