Posted on 22nd August 2017 | in Harry McQuillen: Age of insecurity 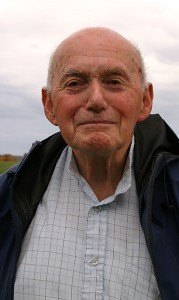 Swallow diving on tarmac is not yet an Olympic sport. I’ve become quite good at it, after my first three performances when I was a mere stripling of 77.

My recent performance was accomplished while walking at about four mph along our rough tarmac promenade next to the Little Shore. The essential part of the performance is to look sideways and to catch one’s right foot on a projection while walking at speed. My swallow dive ends up with the removal of bits of skin, with concomitant bleeding and the need for medical attention.

Six years ago my treatment took place at our Percy Drive medical Centre. This time I received attention at the Minor Injuries Clinic at Alnwick Infirmary and wonderful treatment too! Our NHS is the most cherished of all our public services and we need to take care of it.

Triage is a word recently added to the vocabulary of many of us. I’m convinced that the filtering of the services we all use adds to the efficient delivery of those services. It’s easy to waste time and money by doing things more than once. ‘Efficiency’ and ‘throughput’ may appear to be cold concepts, but the practice of them adds value to any enterprise. What could be more valuable than the treatment of as many patients as possible? We’re all patients at one time or other, so we must each learn to wait for our turn. Perhaps we can help out by doing whatever we can for ourselves and for one another.

A recent article in the ‘I’, my chosen newspaper, points to a time when 125 years could be the lifespan for quite a lot of people. I have my doubts, if only because of the implications for the dwindling resources of this beautiful world of ours. It could be bountiful too if we learn to look after it.

I don’t envy politicians, especially at a time when many of our old certainties don’t seem to work. All is in flux on both sides of the political spectrum. The present government needs support from the Democratic Unionist Party and we all wonder how that will pan out. Meanwhile some members of Her Majesty’s Loyal Opposition are making noises about changing rules for selection (and deselection) of MPs. The algorithms used by major companies have been labelled by some wag as ‘Weapons of mass deception.’ So we are back to Brexit, Trump, Fake News and the shifting sand of events. Heigho.