Dairy farmer delivers to your doorstep 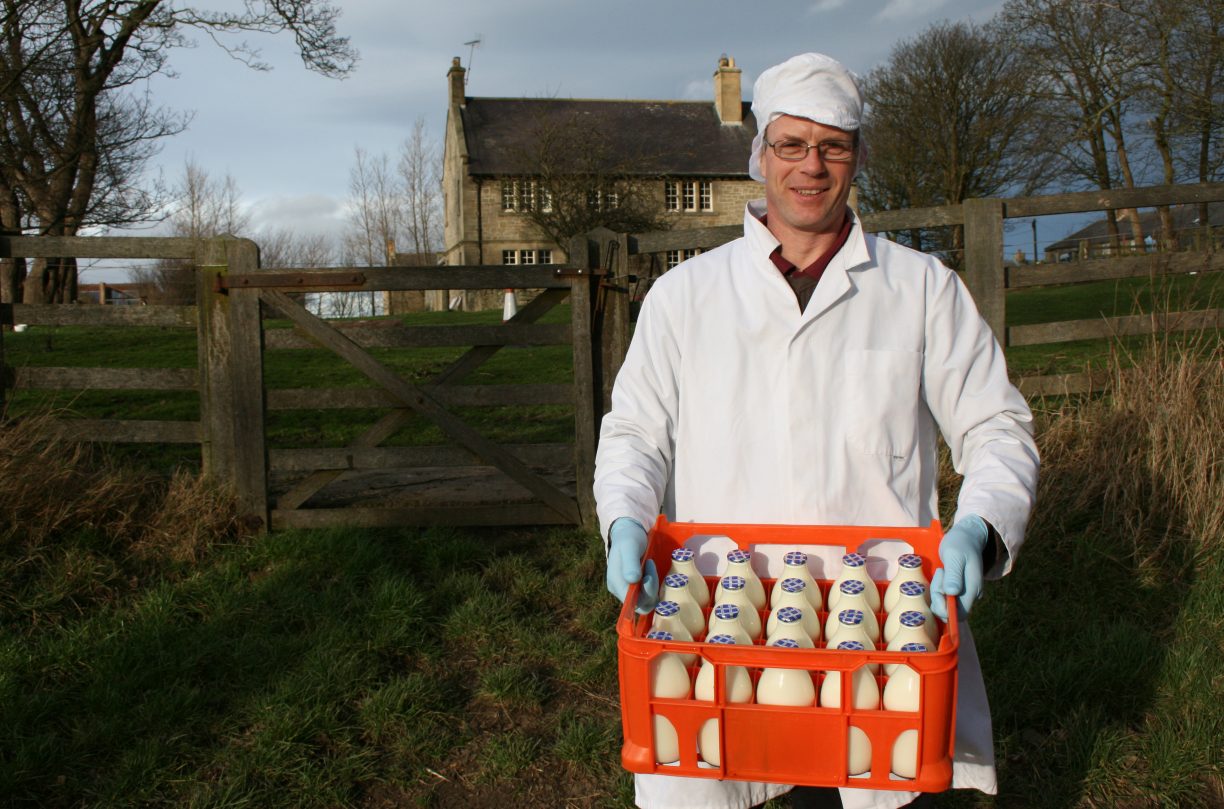 Alan Conway of Hauxley Farm began the new venture just before Christmas. At first, he concentrated on delivering only to Hauxley village, but he has now increased his round to include parts of Amble and has over 100 customers within his first month.

As with many dairy farmers, the increasingly low cost of milk dictated by the supermarkets, put a huge strain on the Conway’s business.

“We sell through a co-operative, and by the time they’ve taken their costs out, we were only getting 14p per litre. Break-even is about 28p per litre. It was at that point I thought we’re going to have to do something,” said Alan.

“We’ve converted some old pens into a full dairy with pasteurisation and bottling facilities. The whole project has taken about 14 months from idea to completion. And our timing couldn’t have been more perfect with us using glass bottles rather than plastic, as there’s been so much talk about plastics right now. Hauxley Nature Reserve was delighted, because we deliver our milk in glass bottles.”

The feedback has been very positive, with many customers ordering on a regular basis. “One lady in Radcliffe said I had made her Christmas! She now orders 12 pints per week,” said Alan.

The farm delivers full cream, semi- skimmed and skimmed milk, all priced at 50p per pint, and there are plans to branch out into producing double cream and butter in the future. Alan is even looking into the viability of installing a milk vending machine at the entrance to the farm.

Dairy farming has been in Alan’s family since the 1930s. “My Granddad started with about 20 cows at Woodhorn,” said Alan. “We moved to Hauxley in 1983 and we’ve now got 130 British Friesians on the farm.”

Hauxley Farm can be contacted via email: hauxleyfarm@yahoo.co.uk or by ringing 07584 692001

3 thoughts on "Dairy farmer delivers to your doorstep"