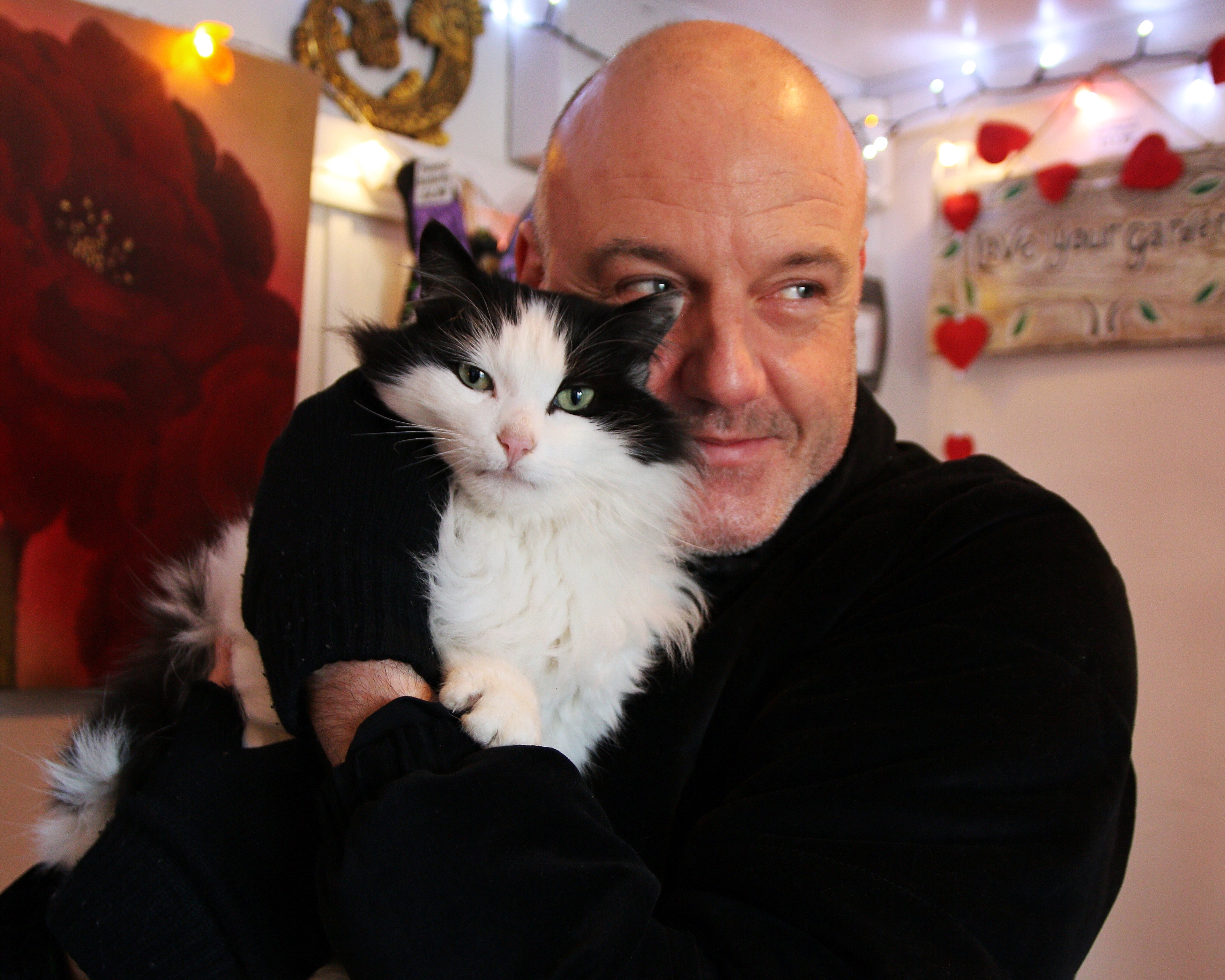 Oscar the famous Pod cat is back in the news again after a quiet winter, probably keeping his head down, and looking for warmth.

The homeless mog has been looked after by Pod owners at Amble Harbour Village ever since he moseyed up after the development opened.
Oscar prefers to be ‘of no fixed abode’, but when he needed medical treatment last year, generous donors from near and far stepped up to help. And local vets were also happy to help.

P Pod co-owner Ashley Sims, who helps to take care of Oscar, gave us an update on the fabulous feline.

Oscar has been receiving free care thanks to Alnorthumbria vets in Amble. This was greatly appreciated when he damaged one of his front legs last year. Afterwards he convalesced for three weeks indoors, courtesy of Lynn and Guy in George Street.

“His Healthy Pet Plan is due to be renewed in March”, said Ashley. “We are able to pay for it due to the generosity of the general public.”

Ashley told us that many people have made donations, down at the Harbour Village.Oscar has a savings account with T.S.B on Queen Street and some have also donated to his care through the Go Fund Me fundraising on his ‘Oscar the Pod Cat’ Facebook page.

For anybody who wants to donate, here is the link: www.gofundme.com/oscars-vet-bill

Podgy puss
“It looks like he’s put a little bit of weight on over the last few weeks with it being winter and not many of the Pods open during the week, “ said Ashley.

“We think members of the public are feeding him extra to compensate, unaware that some of the Pod owners have been feeding him daily!

“But he has got his thick winter coat on and is also looking extra fluffy.”

Where does Oscar go?

Places he’s been spotted by members of the public recently:

• the Coquet Club on a Saturday night (apparently there is a photo of him somewhere on social media, laid out on a chair having his tummy rubbed!)

• on top of a large pile of pet beds on one of the Amble Sunday market stalls!

• around and about the square. He will often spend the night at local residents’ houses (two that we definitely know of; one where he curls up on the sofa with a black Labrador).

Ashley gave us an insight to Oscar’s future: “There are plans to get him a pet collar camera, so we can see where he goes exploring and what he gets up to. Laura at Coquet Cosmetics has offered to set up the techno surveillance we would require to do this! It won’t cost very much we estimate less than £20.”

There have been several kind donations of cat treats and biscuits. These are delivered by hand from his various admirers to various pods.

His primary carers Ashley “Daddy” Sims at The P Pod, and Laura “Mummy” Stubbs at Coquet Cosmetics would like to say a huge thank you to all who have donated and contributed to his welfare.

Ashley said: “Oscar is attracting lots of visitors who come from afar to see him while visiting the Harbour Village and browsing the shops on Queen Street. He’s quite laid back about his fame.”