These three outstanding young citizens have been praised by schools, local police and the community.

Kelsie Ramsay from Amble Links School, Jasmine Conway from Warkworth C of E First School and Lily Henderson from Amble First School were all nominated for the annual award, given to reward outstanding behaviour in school, at home and in the community. 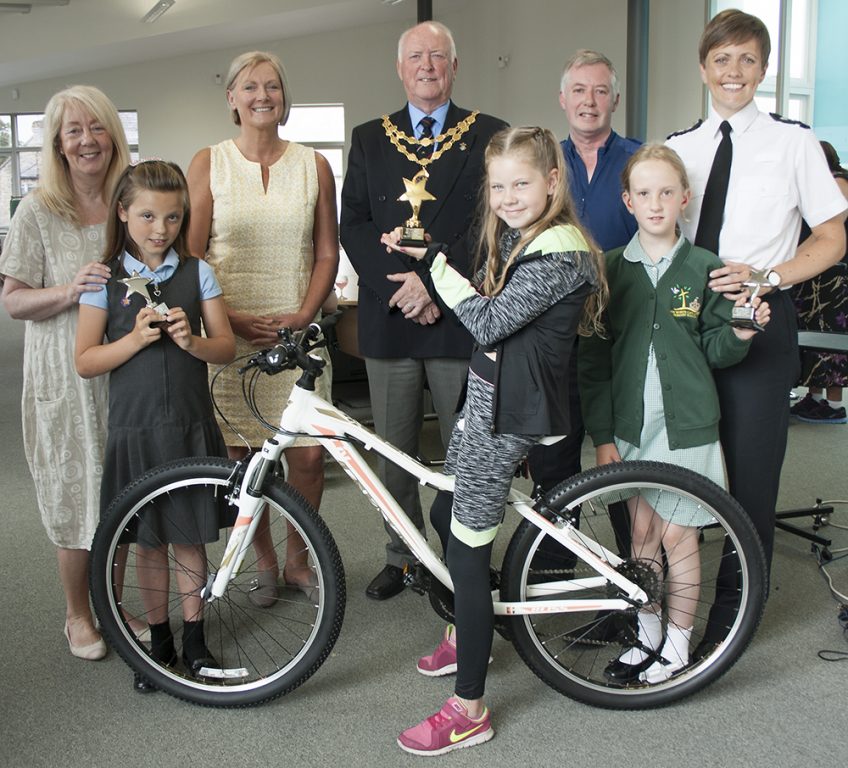 Lily Henderson was the overall winner in a very close contest. Chief Inspector Helena Barron presented Lily with her prize. She said “What a fantastic achievement from these three girls.”

All the children received a trophy and a goodie bag filled with treats donated by local businesses. Lily was awarded the big prize: a bike donated by Spurreli.

How did she feel? “Good!” And how about the bike? “I think it’s awesome!” said Lily, who had just learned to ride last year.

CSO Darin Fawcett who began the event nine years ago said “This year was the closest ever”. He explained that the awards are not for academic achievement, but for honesty, being caring, respectful, responsible and being courageous. All the young people had met those criteria.

Kelsie said “I’m proud and amazed” and said she had been shocked to have been nominated.

Jasmine was also very happy “It’s really good. I’m proud too.” She said she was going to share some of the chocolate in the goodie bag with her friends.

All the businesses and organisations who contributed were thanked for their generosity and support of the awards event,which has now been running for nine years.

Chief Inspector Barron said “It is inspiring to see these young people giving so much to their communities and families.”
Anna Williams

One thought on "Celebrating our outstanding young citizens"