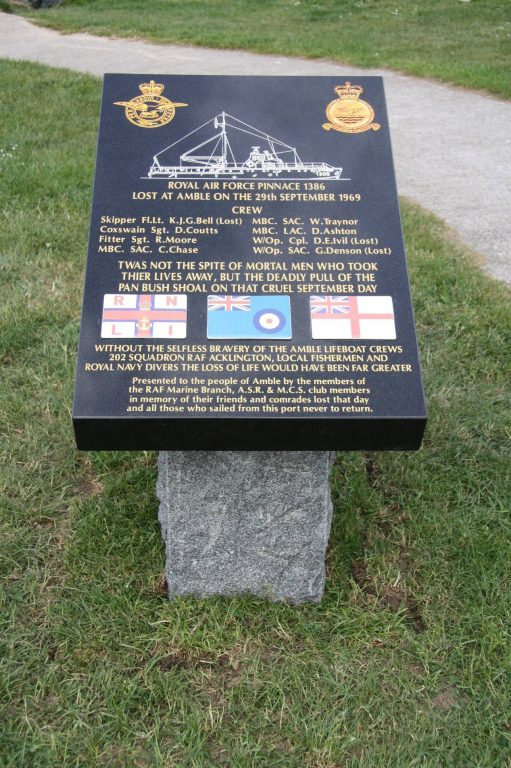 The article, ‘Memorial to Harbour Tragedy’, in the last issue, has inspired one reader to add his story to the memories.

Mr. R. Bramham of Mariners Court told us about his father’s involvement:
“My father, Eric Bramham, was a professional diver and lived in Warkworth in 1969. He had a company called Shark Group at Broomhill.

“He and another diver, Mr. J. B. Sample, were called out when an RAF search and rescue craft overturned while approaching Amble harbour.

“The weather was stormy, the boat overturned and was swept onto the rocks near to Cliff House. Two of the crew were swept out to sea. Unfortunately three were trapped in the upturned boat.

“The divers couldn’t help them, but the navy divers were able to cut a hole in the hull and one of the men was brought out. The other two couldn’t be reached. For his efforts my father received awards from the RNLI and the RAF.

“He died in 2006 and after his death we found the awards put away in a drawer. I knew the story and would have been at the memorial service but I wasn’t invited”.

Do you have a family or personal memory to add to this tragic story? Let us know: editor @ theambler.co.uk