The families of two young fishermen who died on board their boat have thanked the community for their overwhelming generosity, enabling the replacement of a vandalised memorial seat. 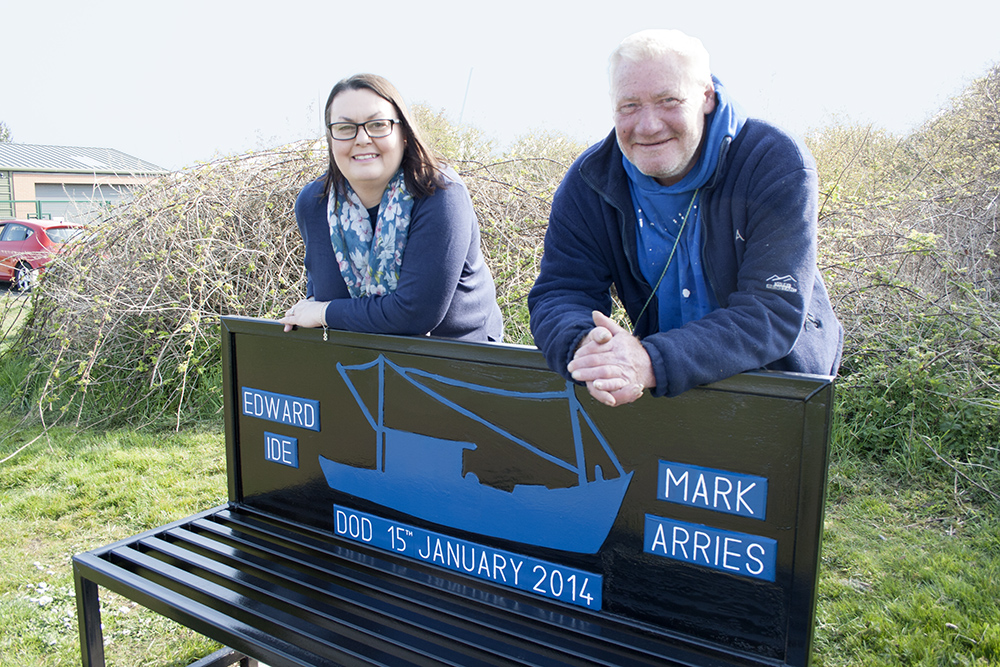 Mark Arries and Edward Ide died from carbon monoxide poisoning in a poorly maintained vessel moored in Whitby harbour in January 2014. The owner of the boat was subsequently jailed for 15 months. Later in the year, the families placed two wooden memorial seats in Amble.

Last October we carried the story of John Arries, father of Mark Arries, who discovered one of the seats had been damaged beyond repair. Devastated at what had happened, he asked the community for help to replace it, and together both families set up a Justgiving page.

A total of £810 was raised, much to the families’ amazement and delight. Jane Stilling told The Ambler, “It all went quite mad in the space of a couple of hours on Justgiving. And a lady suggested we ask the prison as they might be able to make a new one.

“We went up to talk to Keith Borthwick at HMP Northumberland, and he said they would be able to do a design. The prisoners were really involved, and in the end they made two metal seats for us.”

John said “These are a lot more sturdy. They are much better than the originals. I had asked for a boat to be included in the design and they have done that too.”

Both seats have now been replaced with the new metal ones; one on the harbour near the Little Shore, the other along the estuary next to the Shorebase Trust.

“We are so grateful to the whole community but in particular we want to thank Jonny and Julie at Sea & Soil, and Susan and Derek at the Schooner for their generous contributions. And we also want to thank Alan Punton the Harbour Master and everyone at Coquet Shorebase Trust for erecting the seats,” said Jane.