Thank you to veterans at D-Day service

As a tribute to mark the 75th anniversary of the D-Day Landings the people of Amble came together on 6 June for a short formal/informal service at the War Memorials in the Town Square. 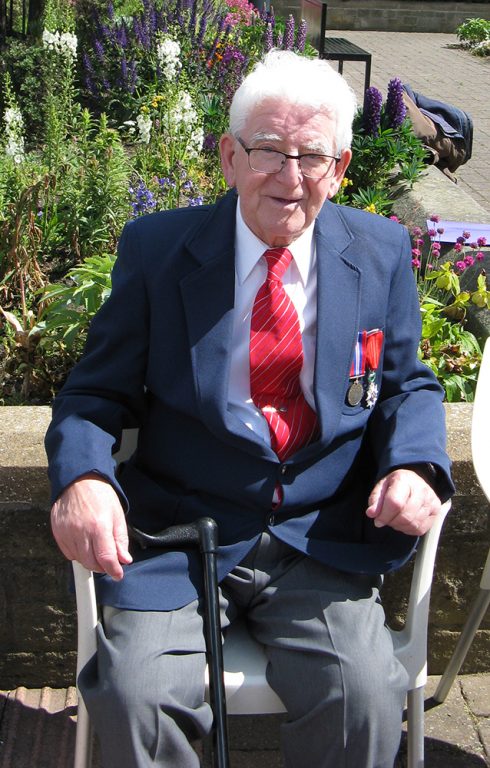 Town Mayor, Craig Weir, opened the proceedings and clergy, from Coquet Churches Together, lead prayers and readings, which included words from Isaiah, Psalm 121 and Andrew T. Murphy and Matt Allen, which included the poignant phrase ‘we shall not forget, despite the passing years.’

On behalf of the town, Craig Weir and Helen Lewis laid floral tributes on both the Amble and Radcliffe memorials, in remembrance of all the men who had made the ultimate sacrifice. Other tributes were then placed by representatives of the Armed Forces and individuals from the town. After the exhortation, a two-minute silence was observed.

We were told of the D-Day experience of one 17-year-old recruit. This was the first time he had held live ammunition. He had not known what was in store because the whole operation had been shrouded in secrecy. He travelled to Normandy over night in very rough seas and was scared, but proud to do his duty.

Anyone taking part 75 years ago would now be in their nineties, so we were privileged to have two veterans who had personal experience of D-Day at our ceremony.

Billy Wake, who many will remember as pharmacist in Broomhill and Red Row, served as a naval sick berth attendant. He travelled to Normandy in a vessel taking tanks to France. When the armaments were discharged, the ship took on board the casualties. They succeeded in repatriating over 400 wounded men. 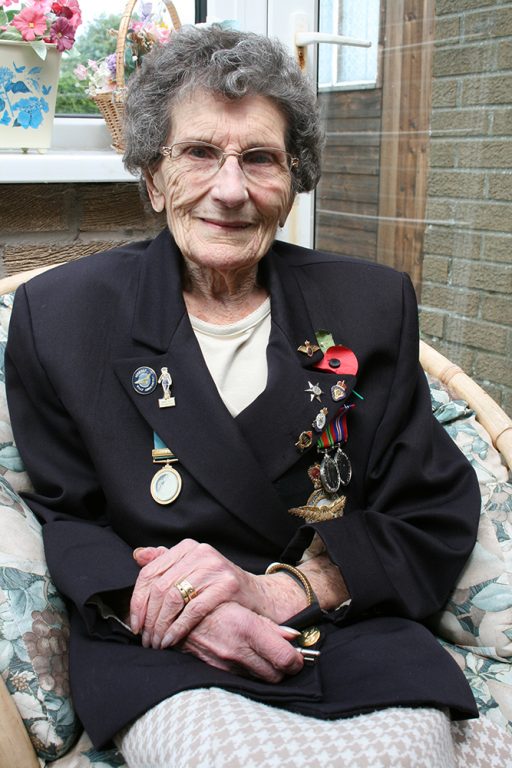 Edith Hunter was a member of the WAAF (Women’s Auxiliary Air Force) and in May 1944, aged 20, she was on attachment to RAF Tain (Ross & Cromarty). There were several different nationalities based there; Norwegians, Australians, Polish and French squadrons.

She told The Ambler of her memories of D-Day; “No-one was allowed any time off during those days. Everyone had to be on duty before 6am that morning. It was a busy command centre, we were always counting them out – and they didn’t all come back. I remember it was especially busy that day.”

After the service many of those present came across to shake hands with Billy Wake and to say ‘Thank you’ for the part he and all the others had played in Operation Overlord.

I was proud to be part of this tribute as my father had taken part in D-Day. He sailed on HMS Durban to the beaches of Normandy, where she was scuttled to make a jetty in the Gooseberry 5 breakwater complex. Having lost their ship, the crew had to find their own way home. 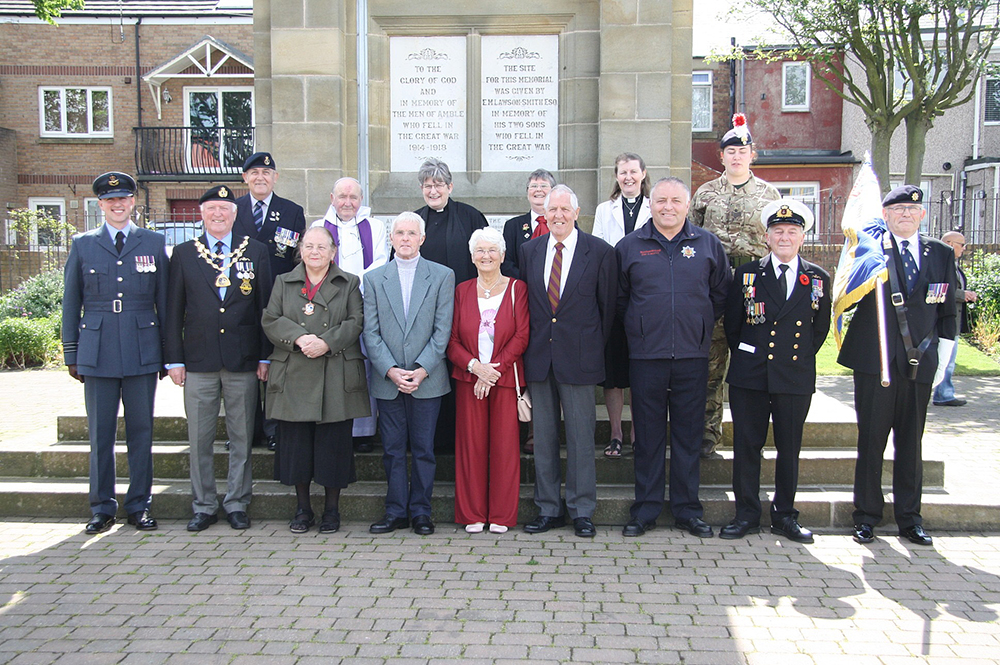 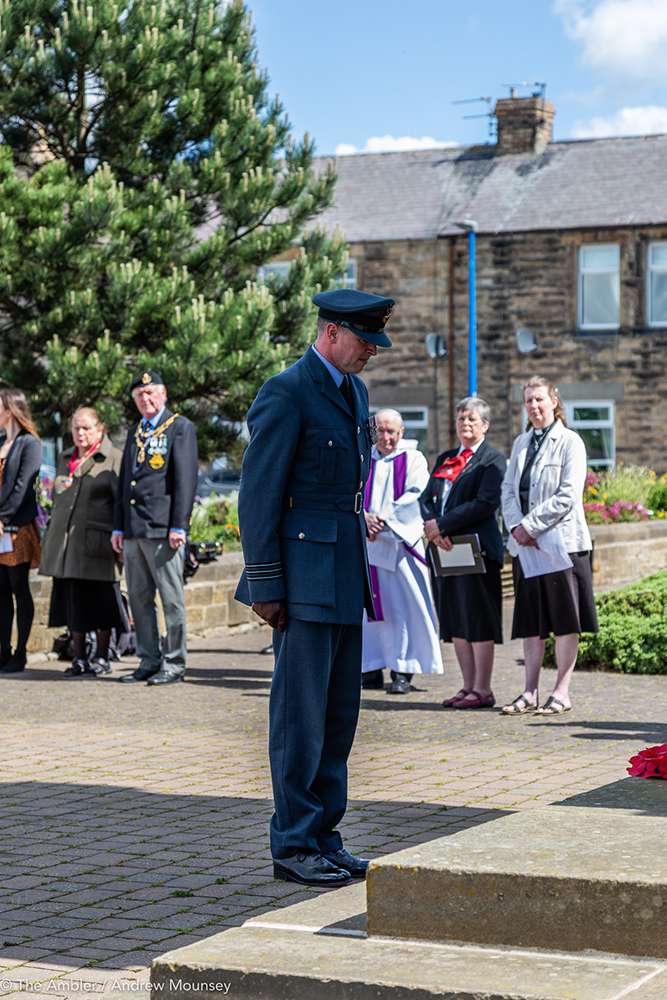 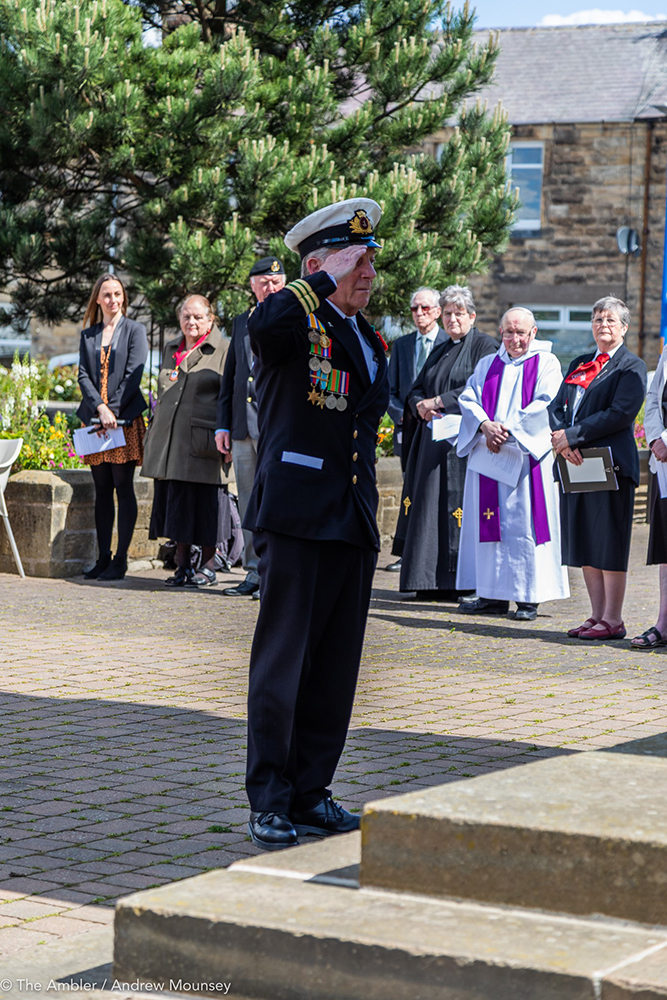 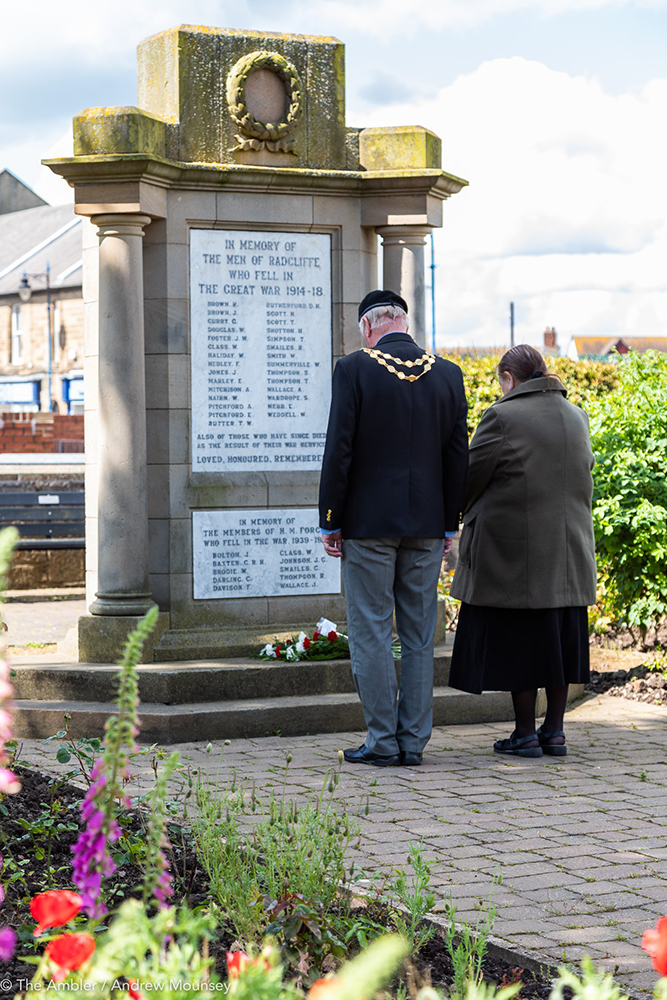 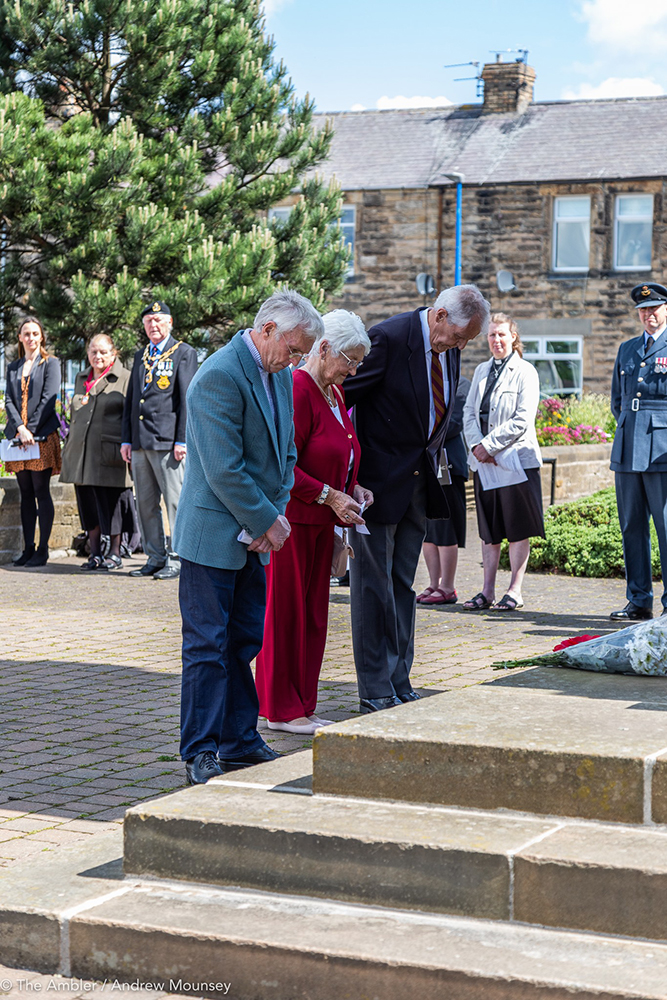 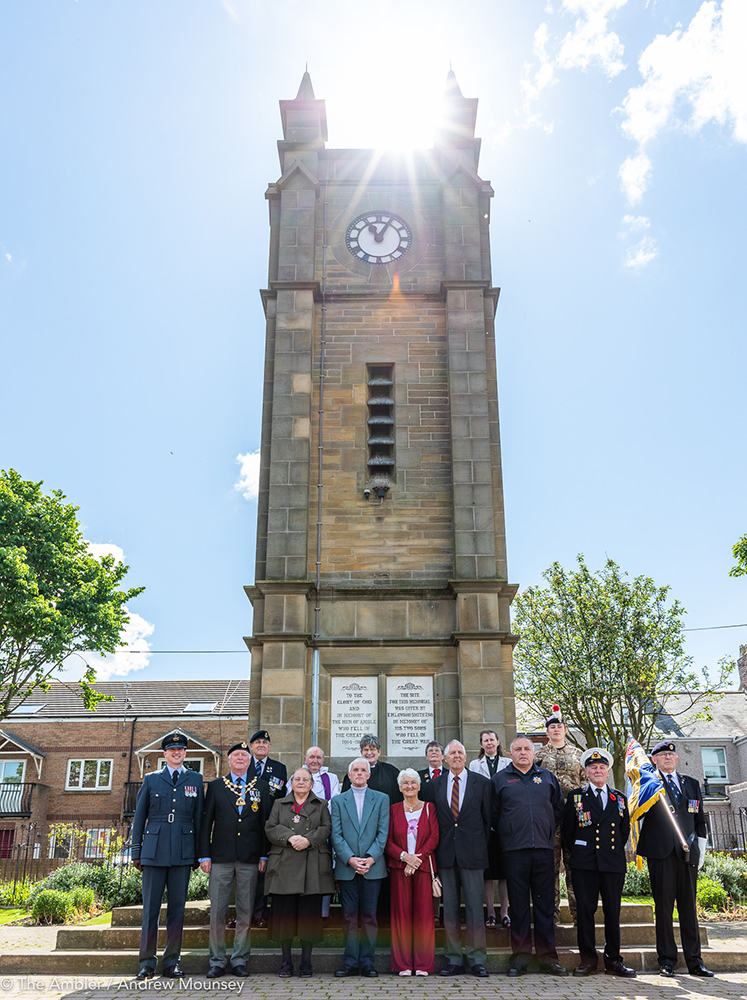 group at Amble clock memorial AM 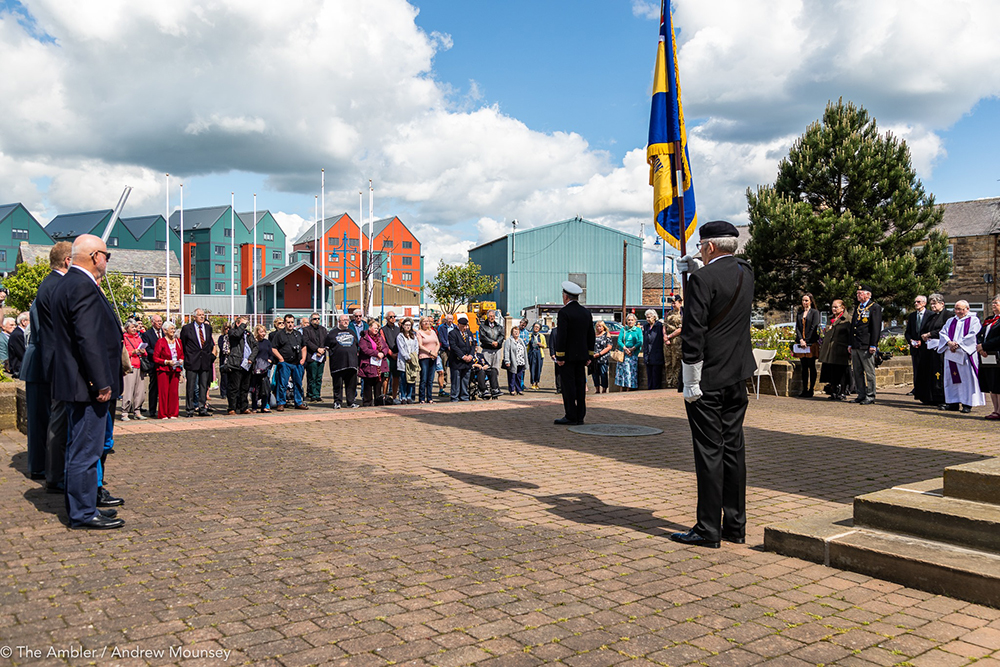 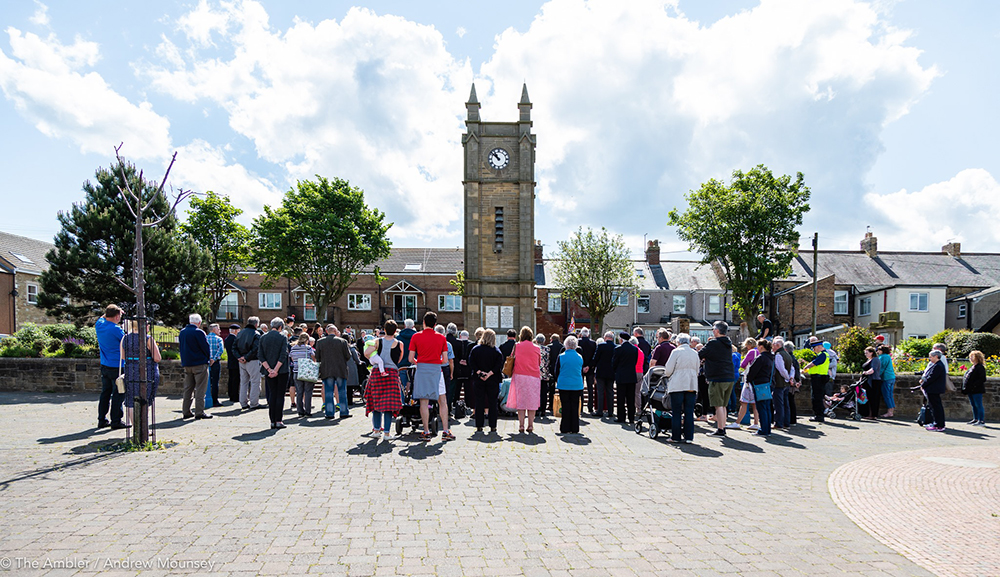 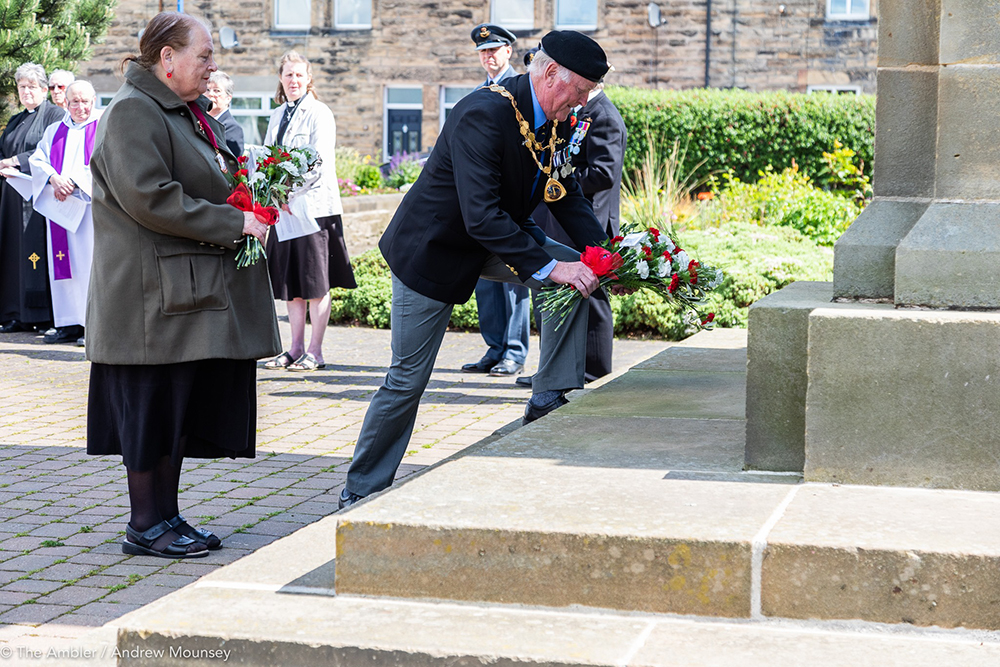 Craig and Helen laying tributes AM 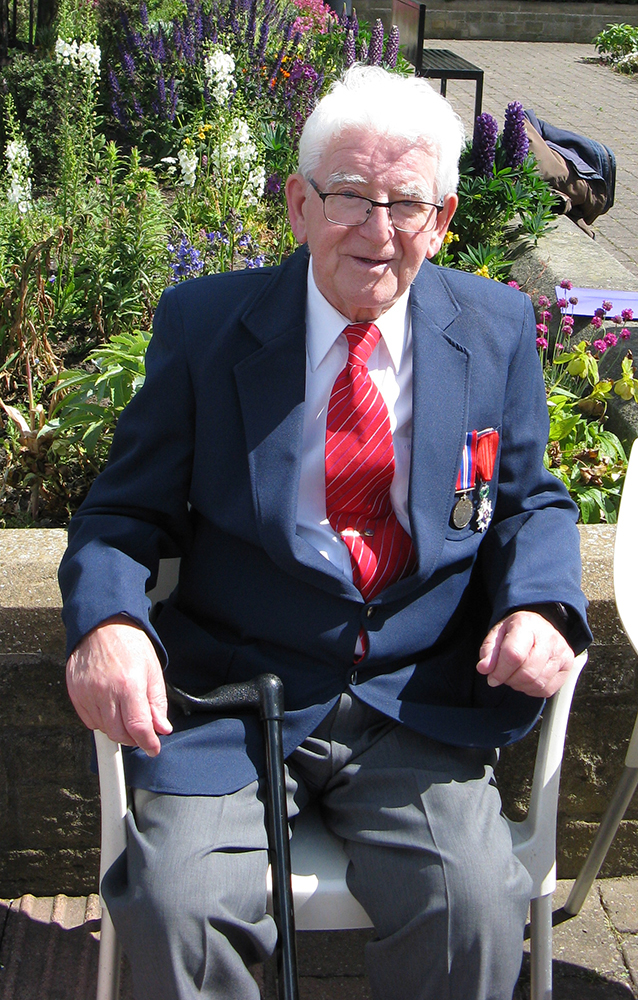 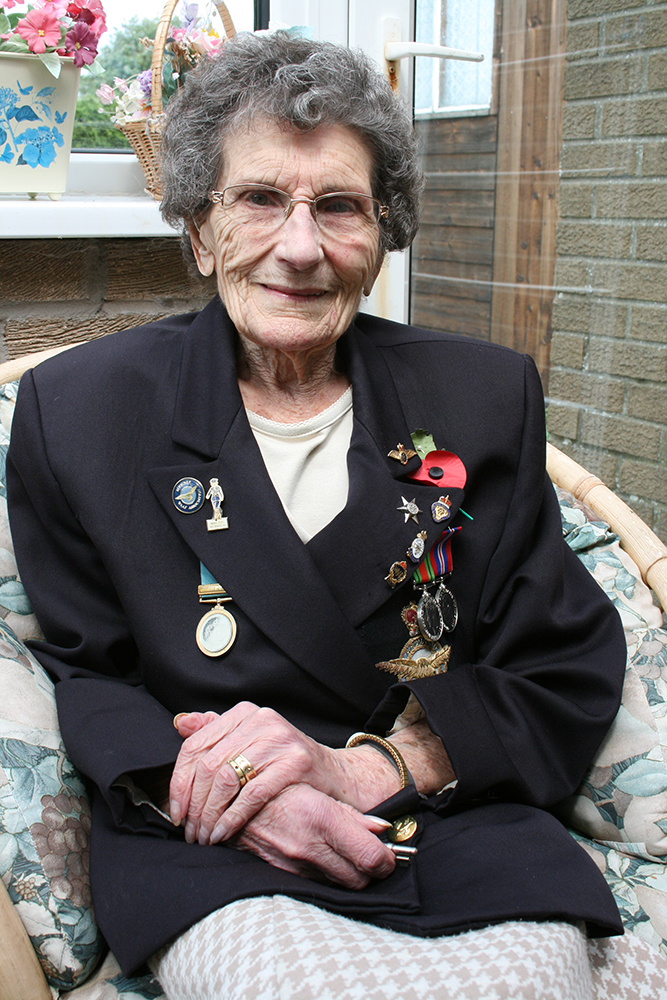 One thought on "Thank you to veterans at D-Day service"