A teenager from Widdrington is taking a stand against single use plastic in supermarkets by starting a petition, which he hopes will eventually lead to a ban by the government. 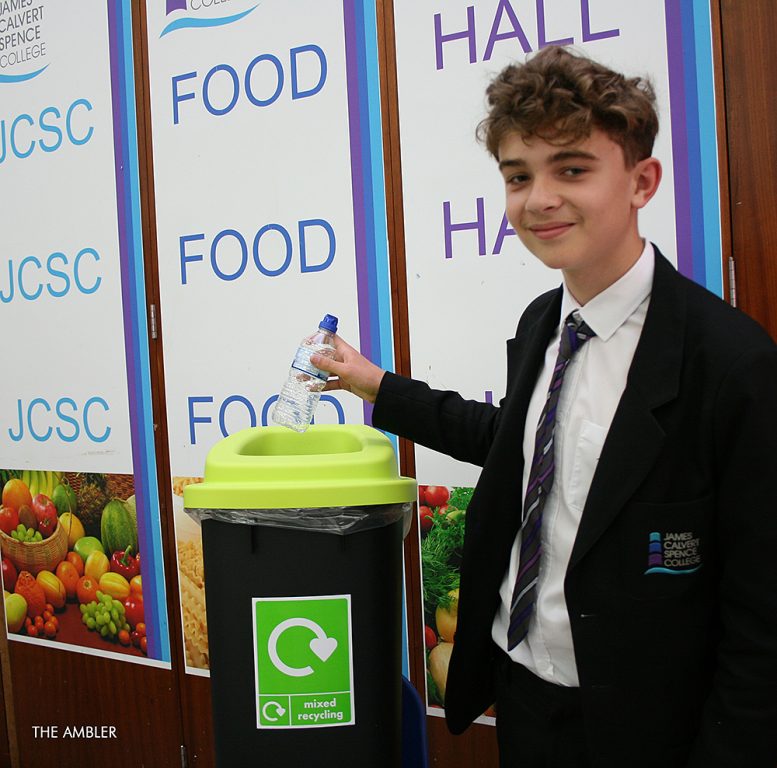 Joel Harrigan has launched a petition to stop single use plastics in supermarkets:

Joel Harrigan who is in Year 9 at James Calvert Spence College, feels strongly about protecting our environment.

After watching David Attenborough on television, he was shocked by what he witnessed. Single use plastic gets dumped in the ocean and landfills and the ones in the ocean damage marine life.

Joel has made several suggestions at school about ways to help the environment, such as putting recycling bins in the canteen. Now he has set up a petition, in the hope of getting enough signatures to make people listen and make a change.

“I want to see single use plastic banned in supermarkets,” said Joel, “I’ve never done anything like this before, and I know I need 100,000 signatures to have it discussed in parliament, so this is my goal.”

He encouraged everyone to act. Individuals can sign the petition, avoid buying produce where it has been covered with single use plastic, and recycle.

Businesses can share the petition link and reflect on their use of single use plastic and provide opportunities for recycling.
“If individuals stopped, then big industries would also stop, or if businesses stopped then individuals would have less access to it, so it takes both to stop and make a difference,” he said.

If you agree with Joel, help him get more signatories. Sign his petition here:
https://you.38degrees.org.uk/petitions/ban-single-use-plastics-in-supermarkets-in-england

One thought on "Call to support teen’s anti plastic petition"