Community spirit remained at the heart of the Friendliest Port this year, which saw some large gains and some quiet but significant losses. Work began on the new Morrison’s store and retail park on the outskirts of town, but we are saying goodbye to one of the biggest shops on the high street; 42 Queen Street. Amble Angling Centre closed down at the beginning of the year, however new cafes and bars have opened up in town, including a major revamp of the Bede Street club.

The beginning of the year saw the opening of the Amble Inn, an event met with near unanimous approval by townsfolk, and it co-incided with Amble being marked out by the Sunday Times in their Top 10 Places to Live by the Sea.  In the spring, we learned that funding for a coastal bird trail had been secured, to add to the increasing number of attractions for visitors in the area.  JCSC was promised a £12m investment, and at the same time two of their students were singled out as rising academic stars. Another JCSC teen set up a petition to encourage supermarkets to stop using single-use plastic, while talented young writer Lily Tibbitts contributes to The Ambler on regular basis.

The community rallied to help little Oliver Shanks who needed specialist equipment, and to replace a memorial seat which had been vandalised. And The Ambler sang the praises of local superstars; Robert Arckless, Tamsin Green, Vic Brown, Ollie Dryden, Darin Fawcett, Sue Swanston and Adam White, all of whom were recognised for their outstanding achievements, their contributions to our community, and their dedication to their work. Amble RNLI crew members were also recognised for their long-standing service.

The Puffin Festival, Colony music festival, Mauretania Day, Lifeboat Day, Remembrance Day and Torchlight Procession were all well-supported and popular as ever, and well done too, to the organisers as there is a lot of hard work behind the scenes. 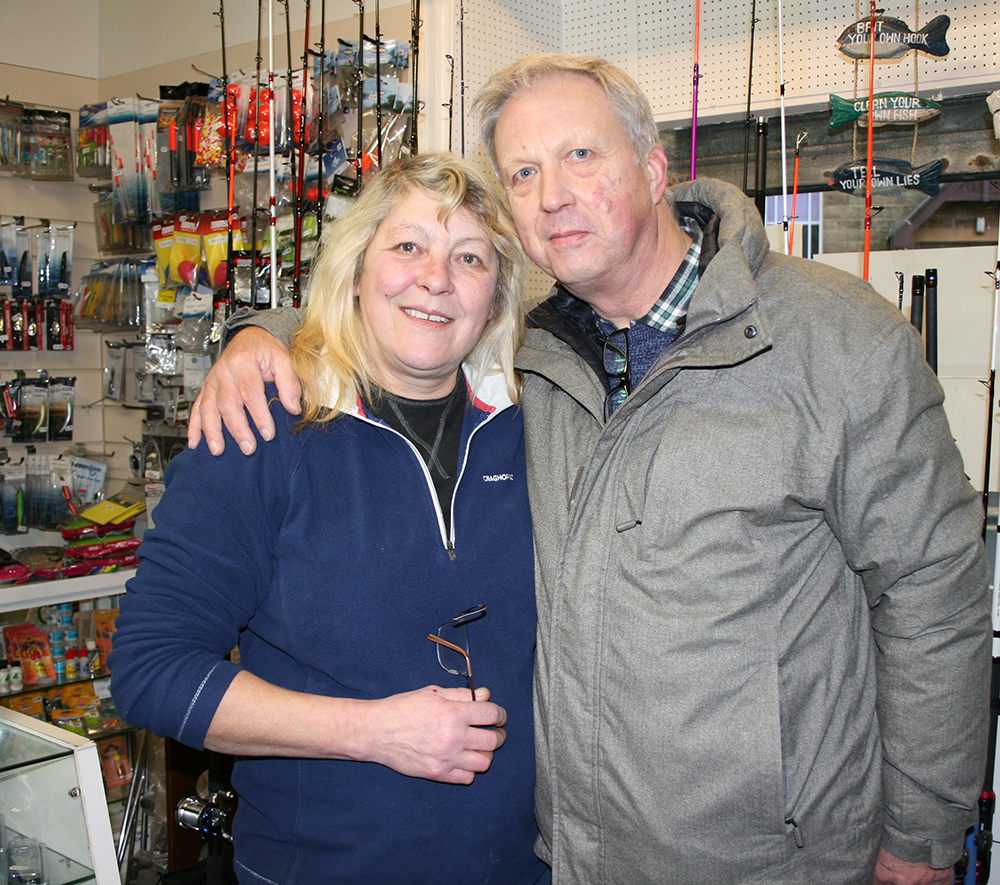 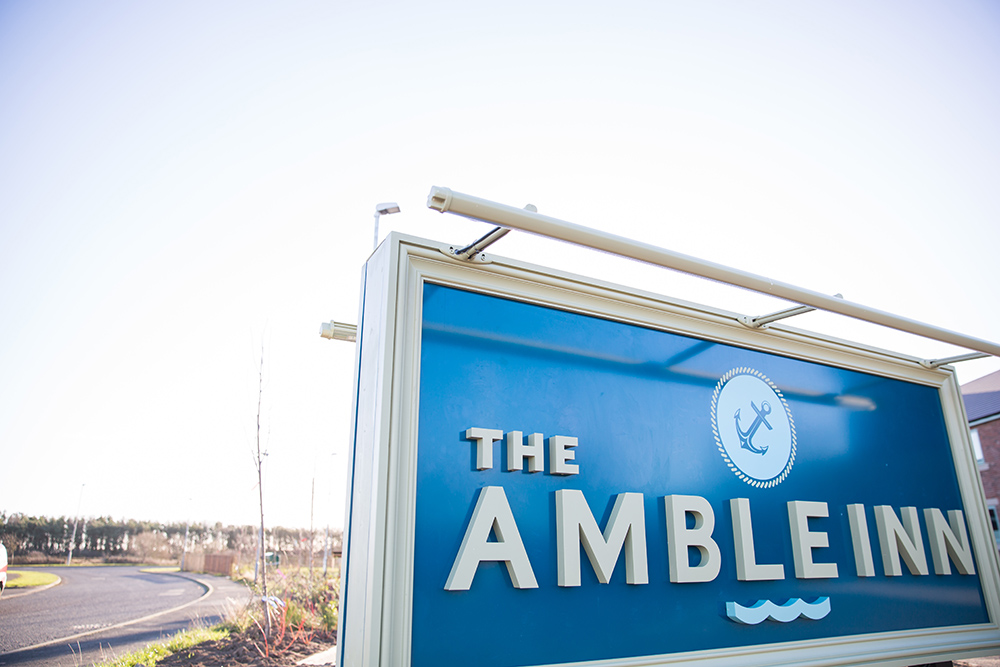 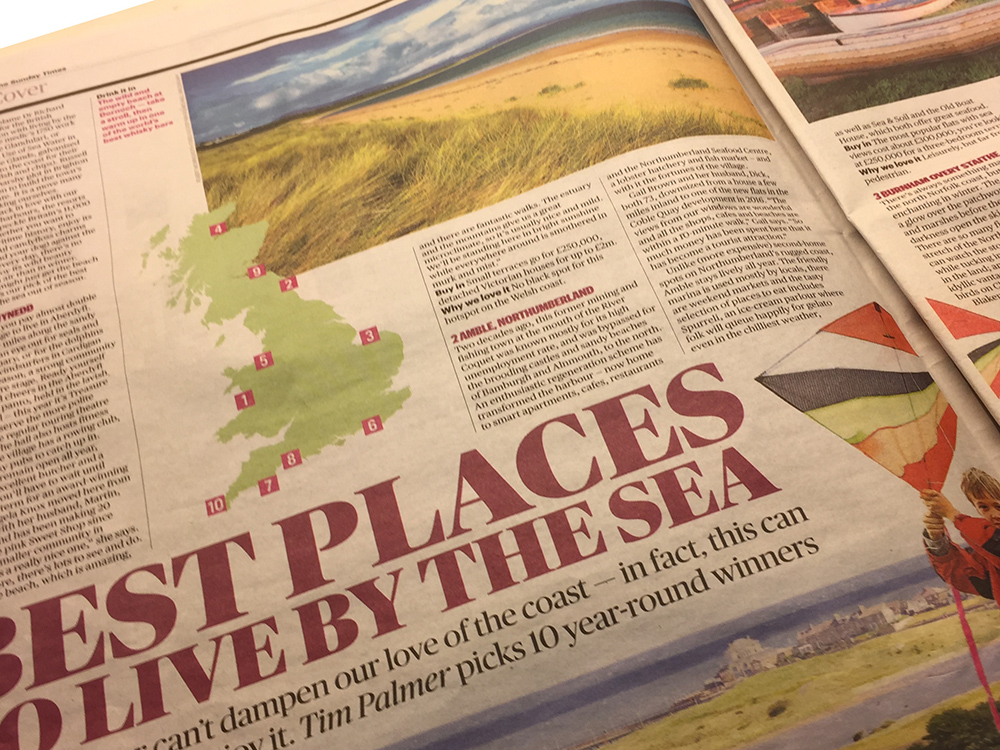 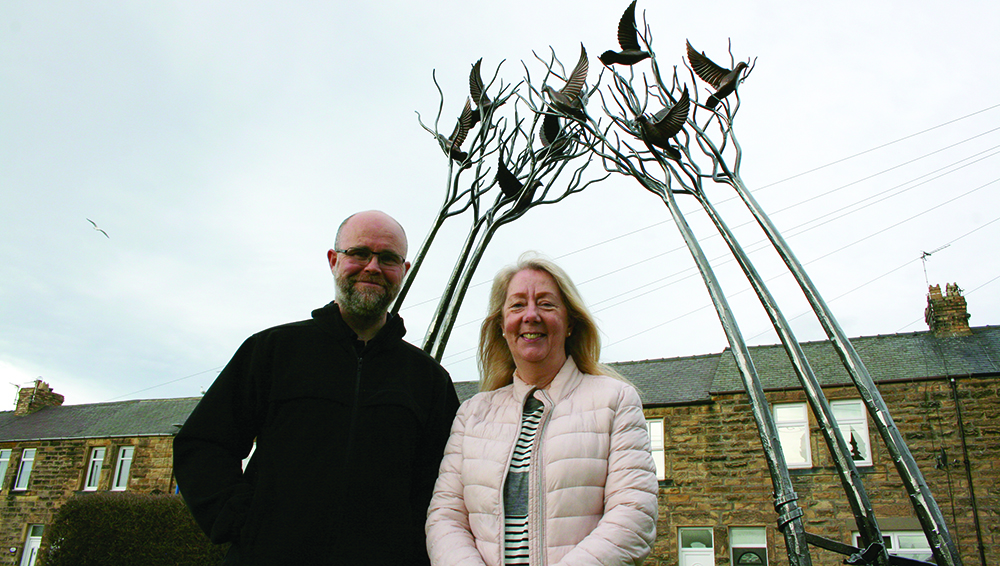 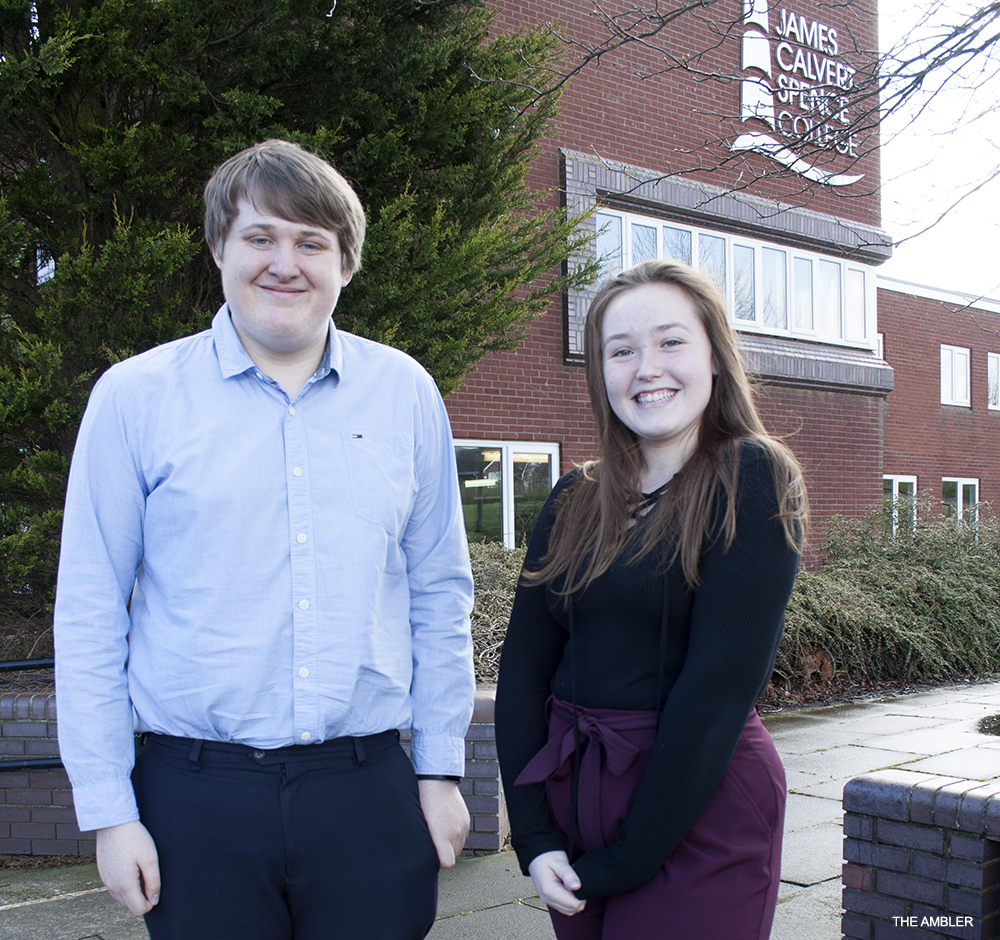 Jane Stilling and John Arries
The public rallied to fund the replacement of a vandalised memorial seat to two fishermen who had been killed. 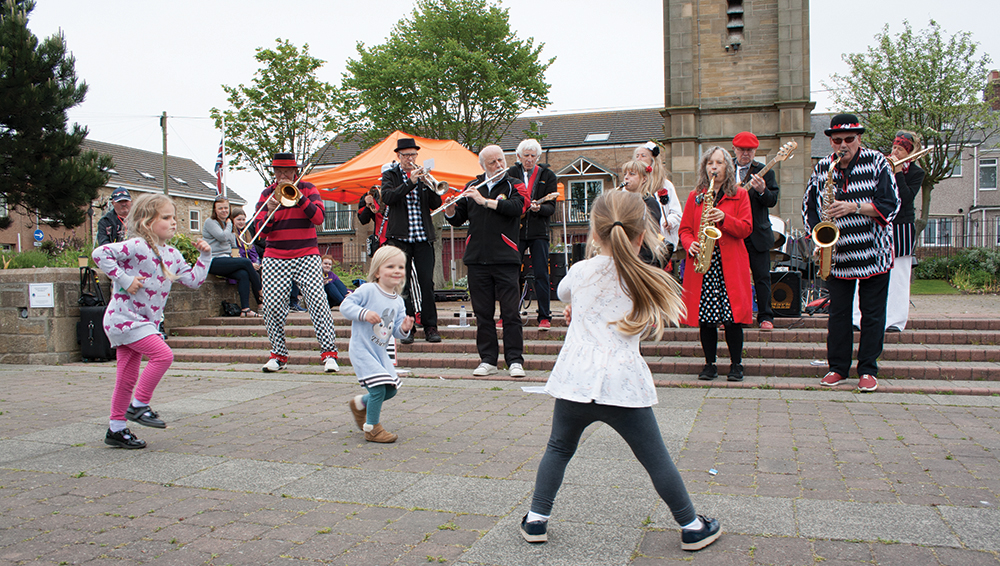 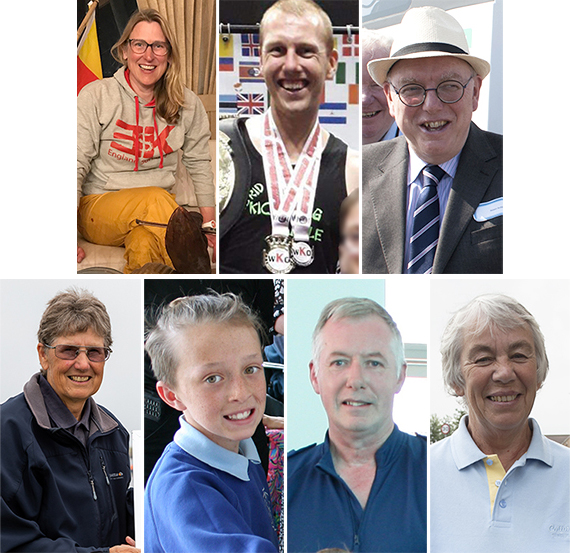 Amble Superstars
Tamsin Green, Adam White, Robert Arckless, Vic Brown, Ollie Dryden, Darin Fawcett and Sue Swanston all received recognition for their outstanding achievements, their contributions to our community, and their dedication to their work 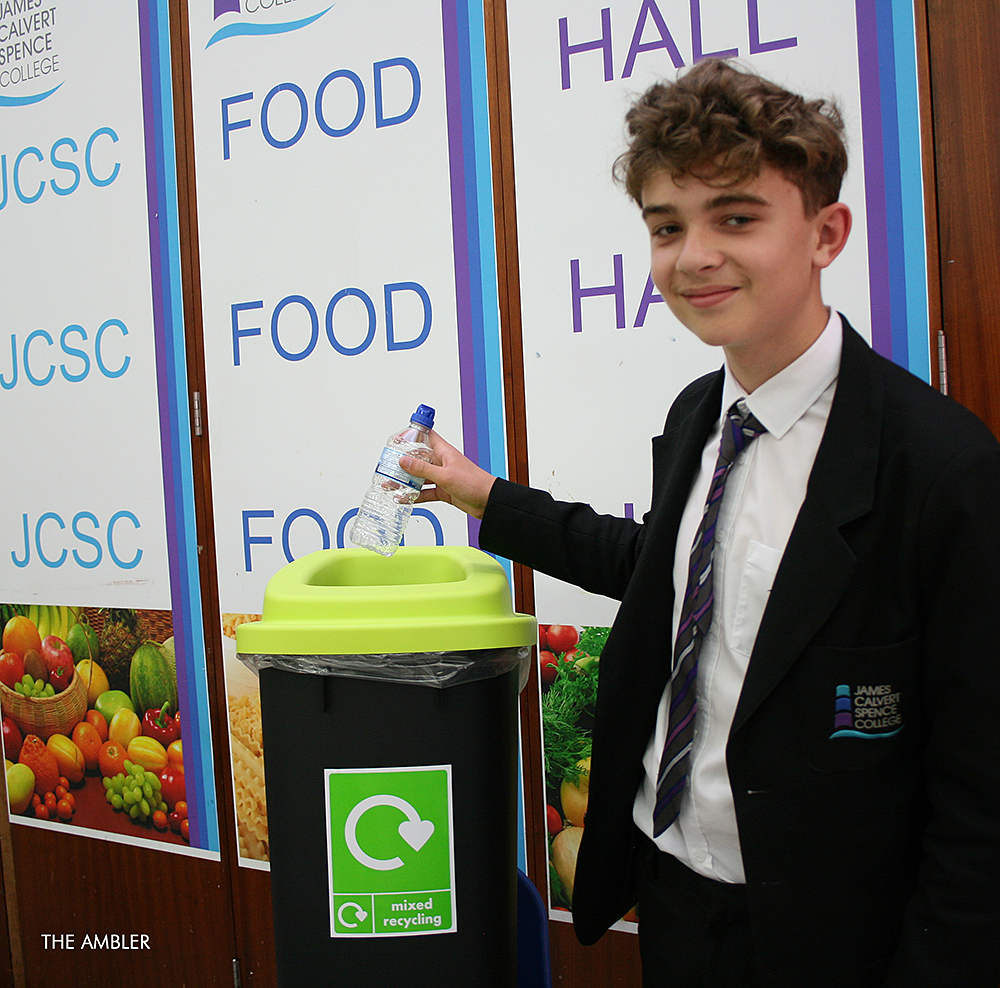 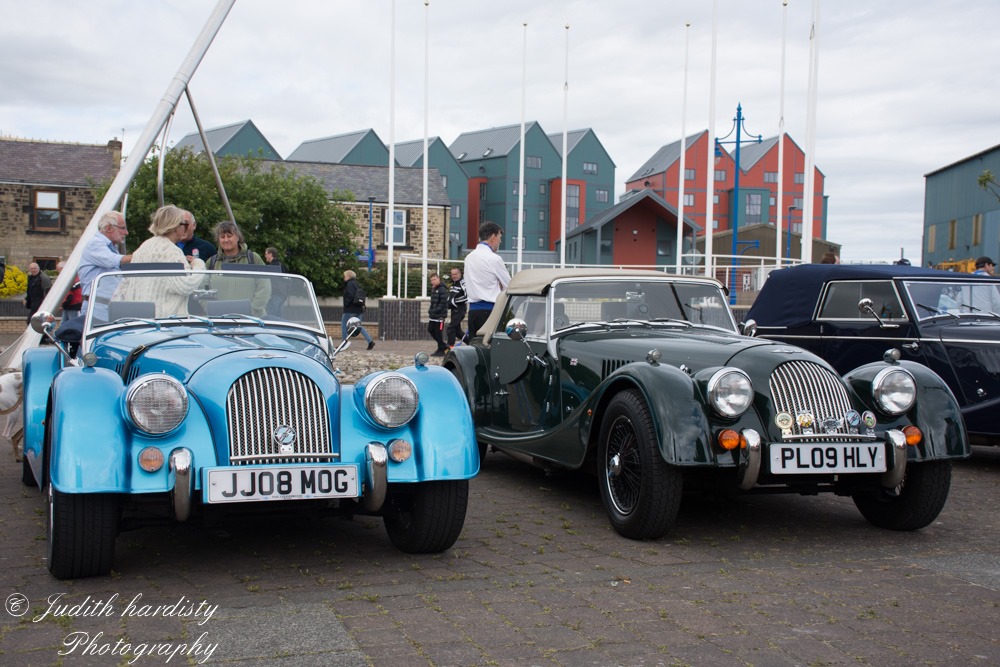 cars in the Town Square
Mauretania Day saw a collection of Morgan cars and a 1930s theme. Photo by Judith Hardisty 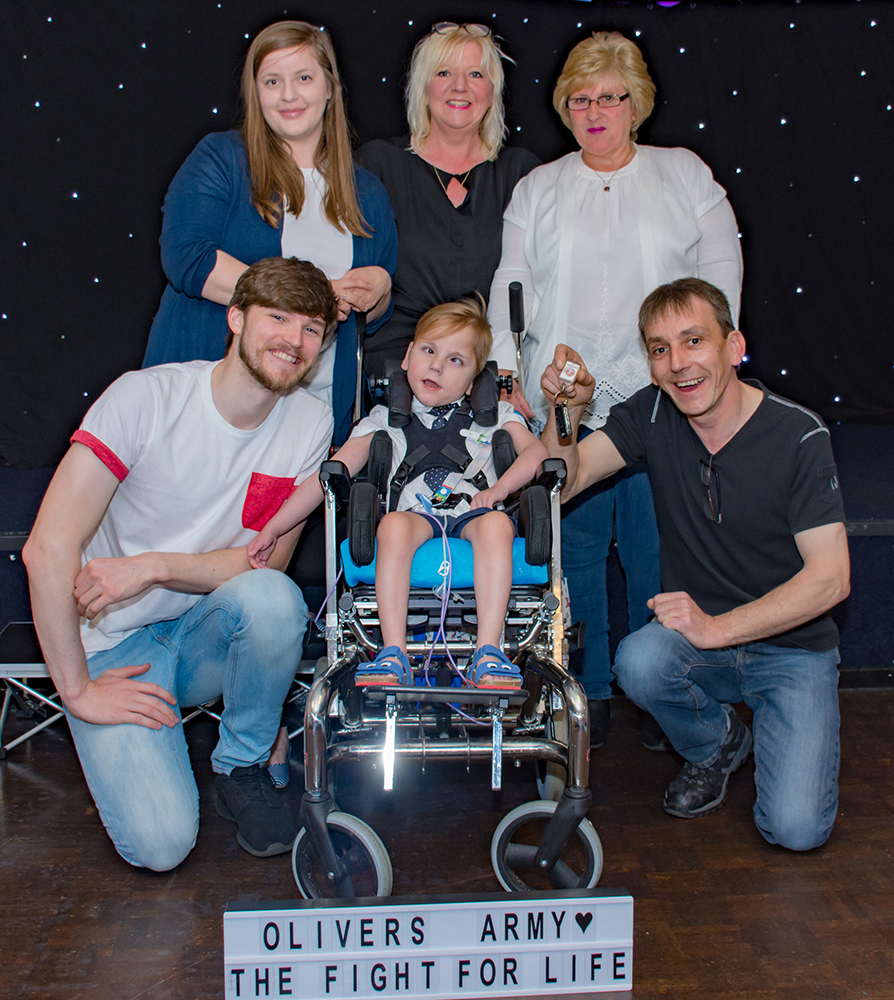 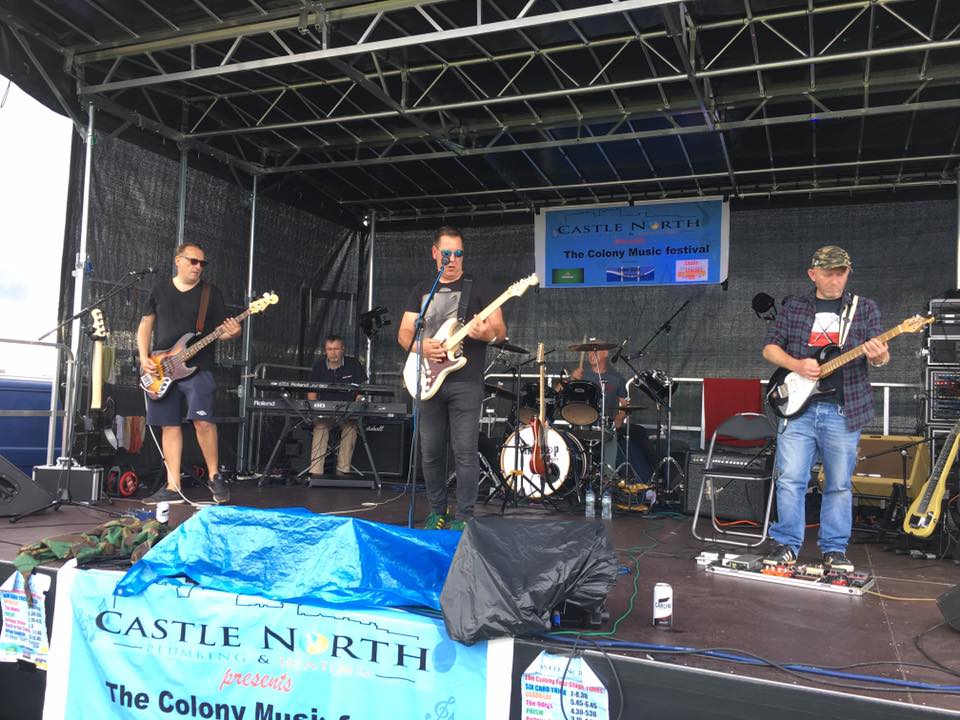 Prism
The Colony music festival in July was another success, despite several heavy rain showers. Photo by Stephen Lambert 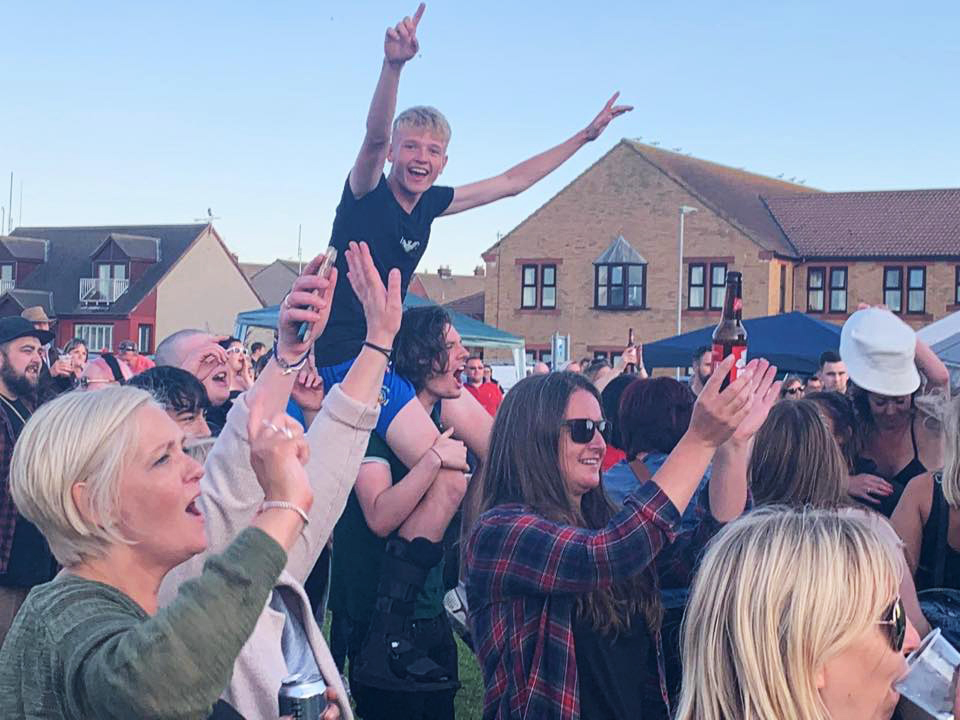 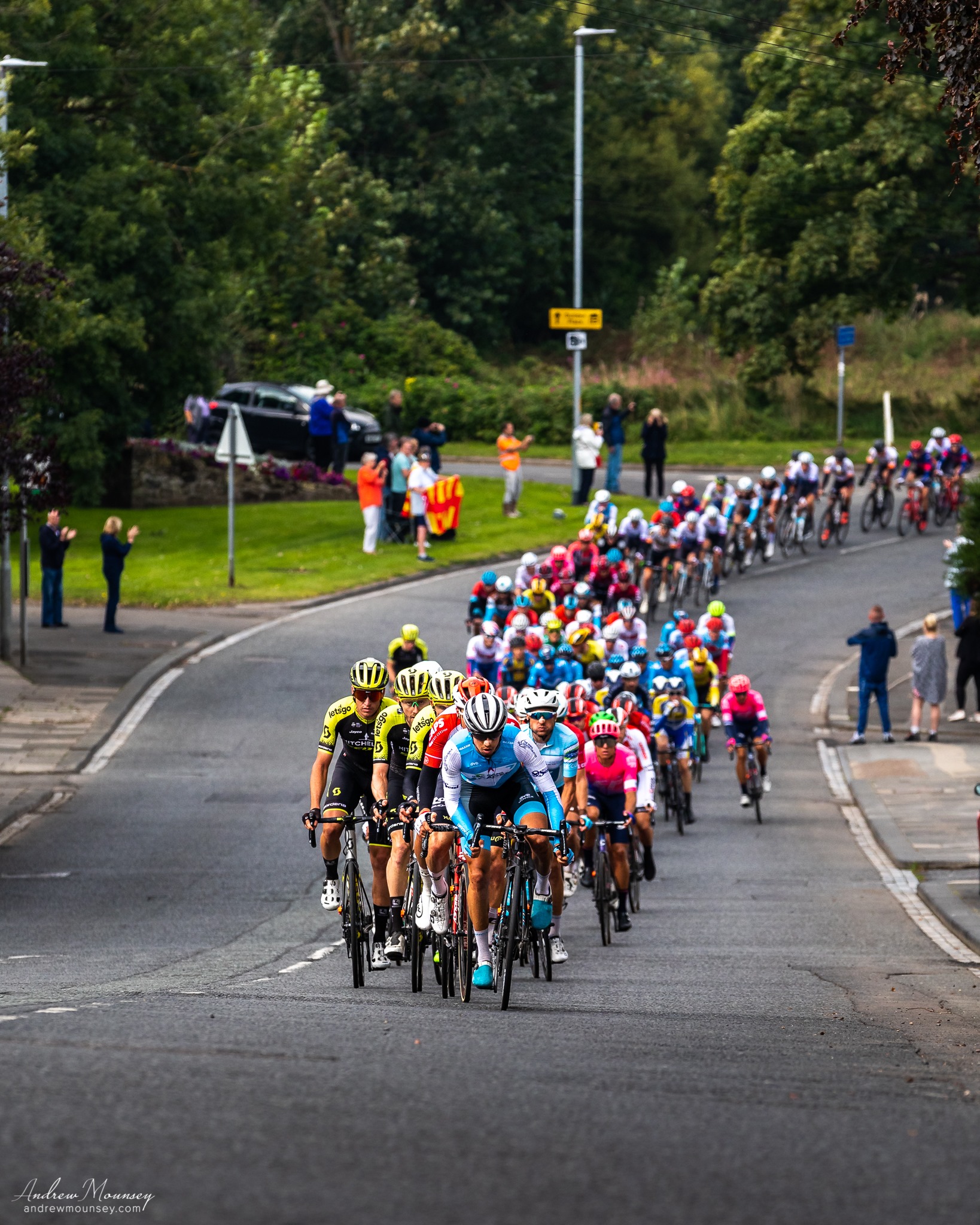 pelaton up Wynd
The Tour of Britain zoomed through Amble in September. Photo by Andrew Mounsey 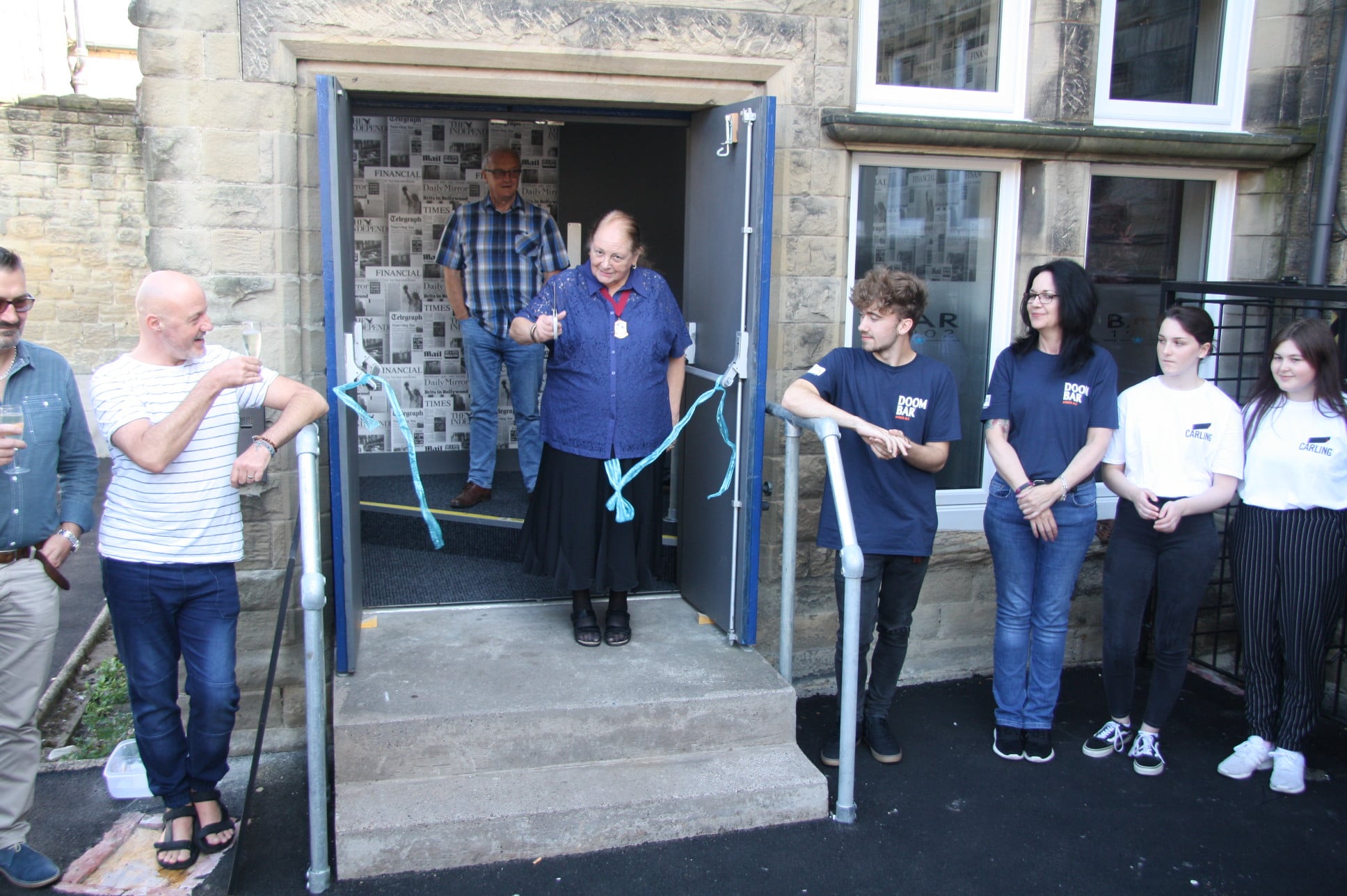 Car in floods at Amble
August saw heavy rainfall which resulted in serious flooding at thew bottom of the Wynd. Photo by Dave Burke 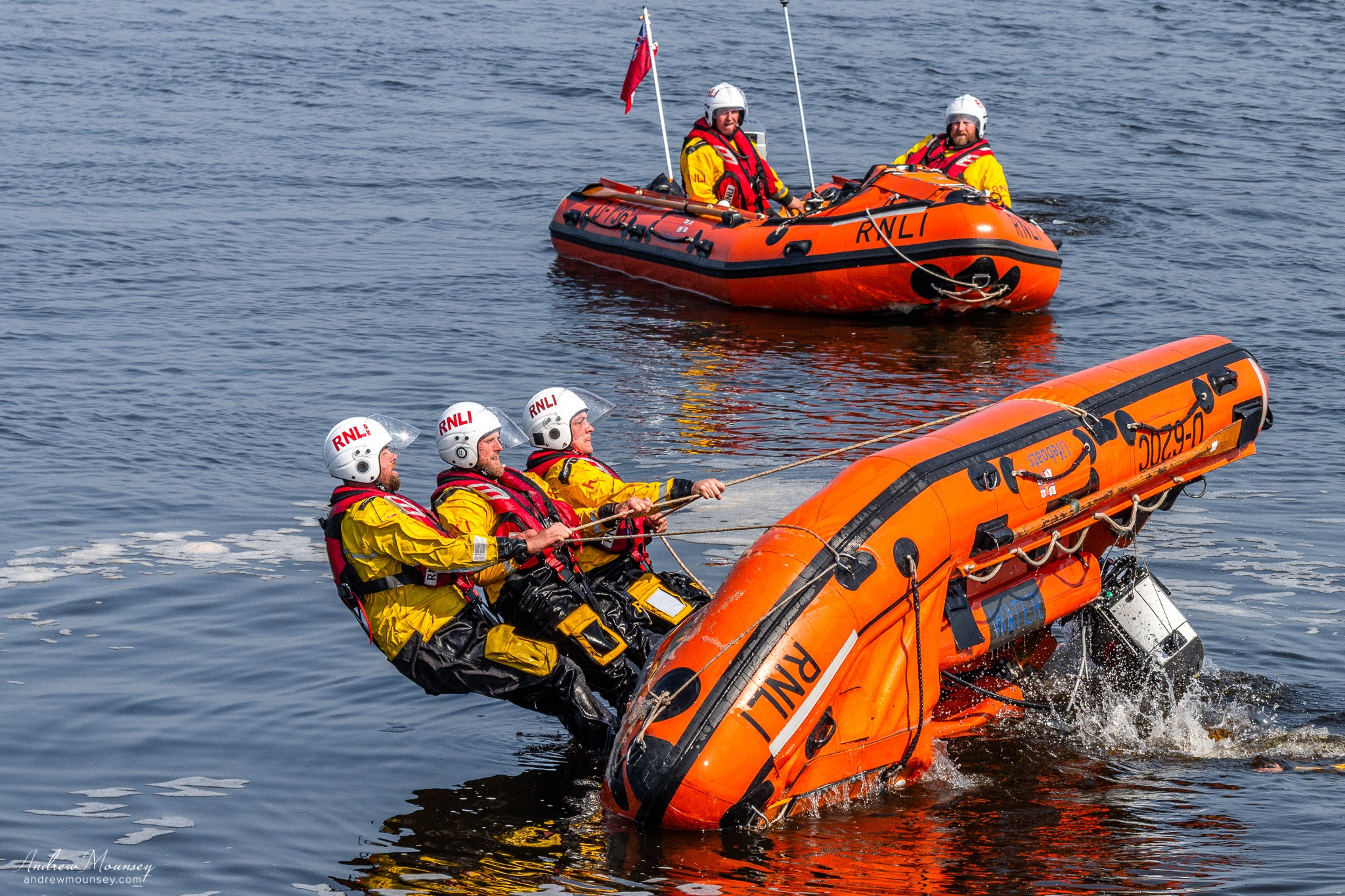 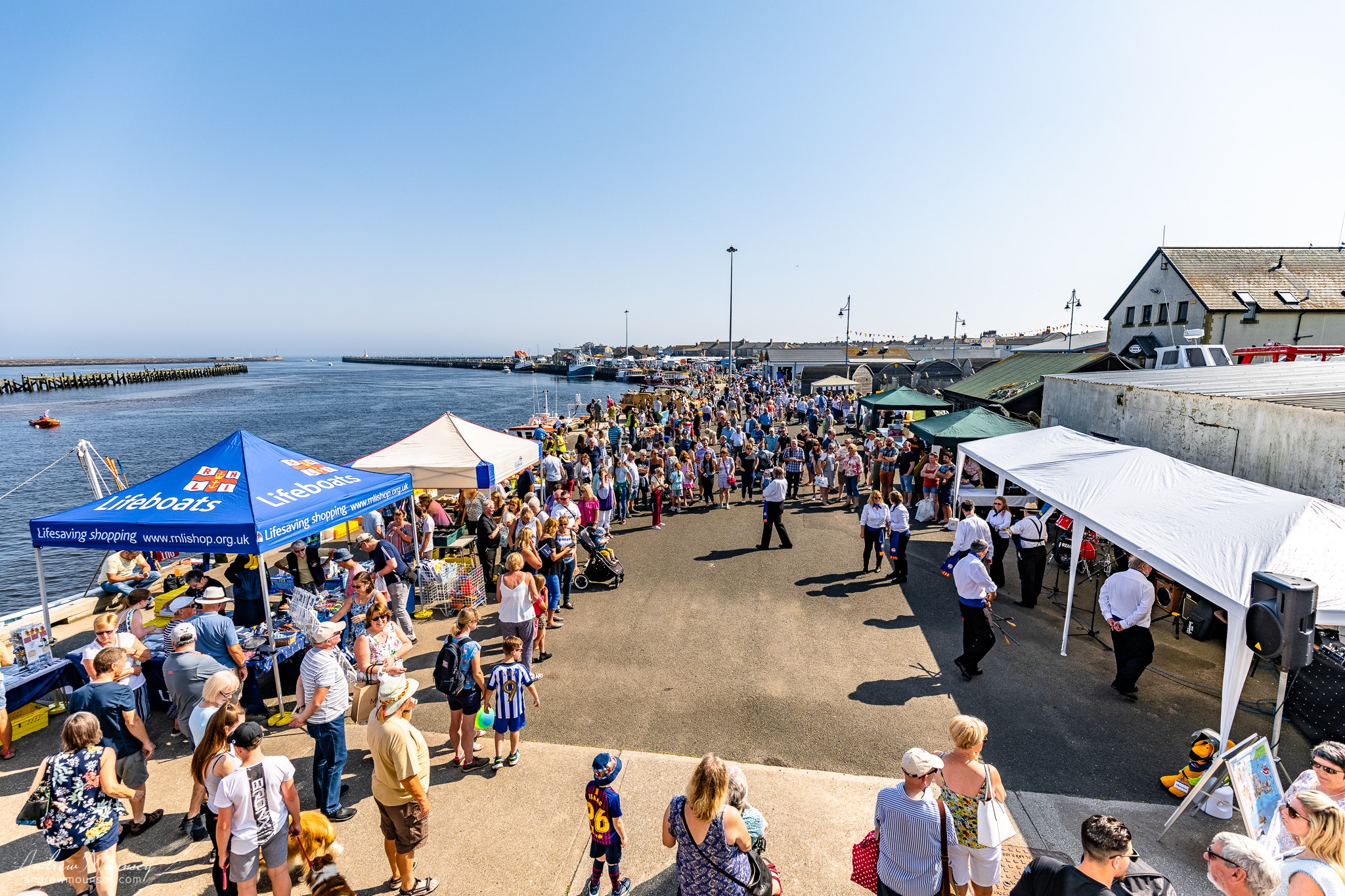 crowds on quayside for Lifeboat Day
Amble's Lifeboat Day at the end of August was as popular as ever. Photo by Andrew Mounsey 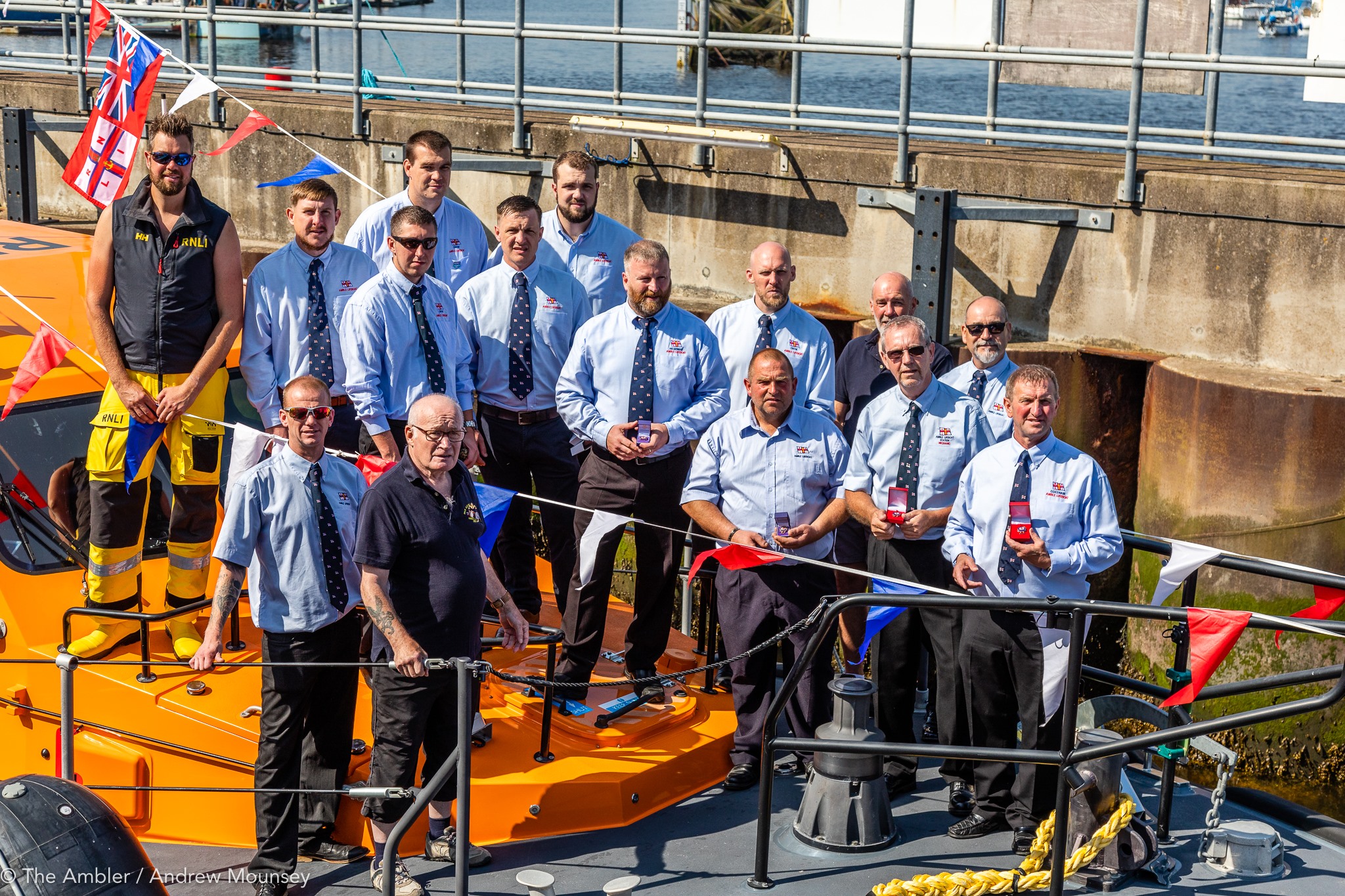 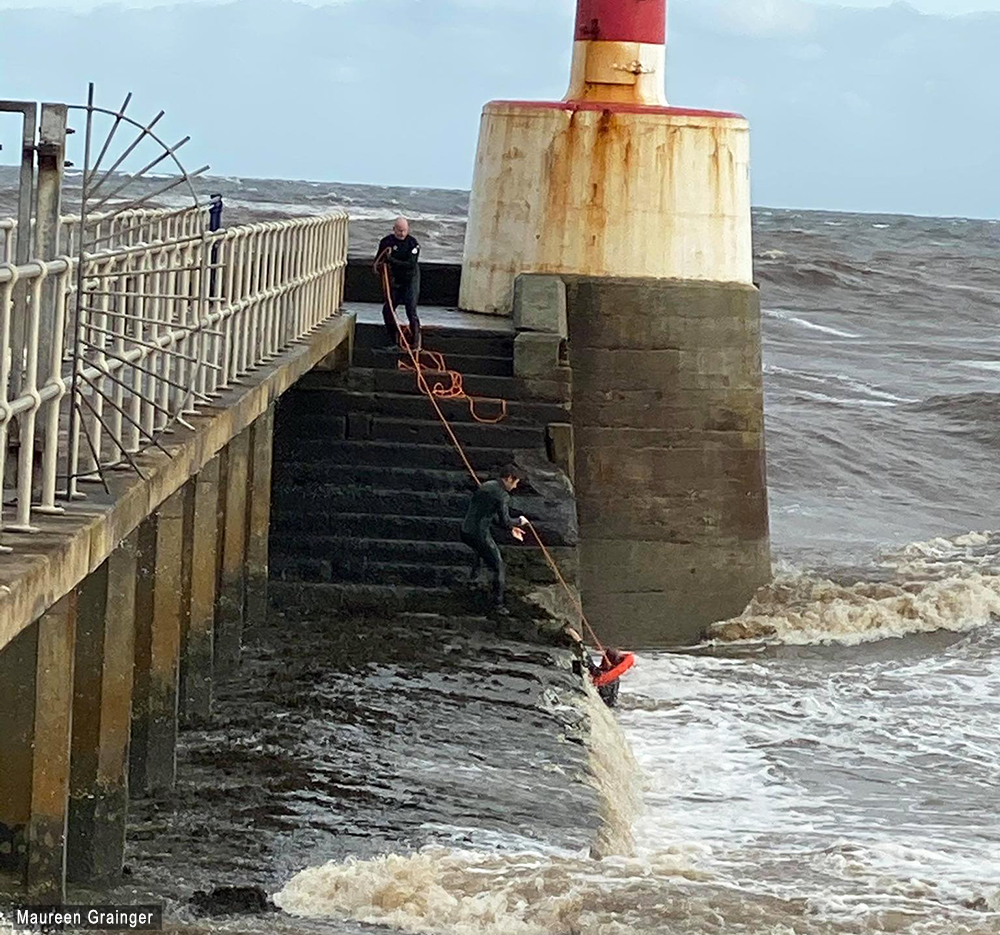 Darryn & Jon rescuing Liam
At the beginning of November, a surfer was dragged into a notorious blackspot and was saved by his quick-thinking friends. Photo by Maureen Grainger 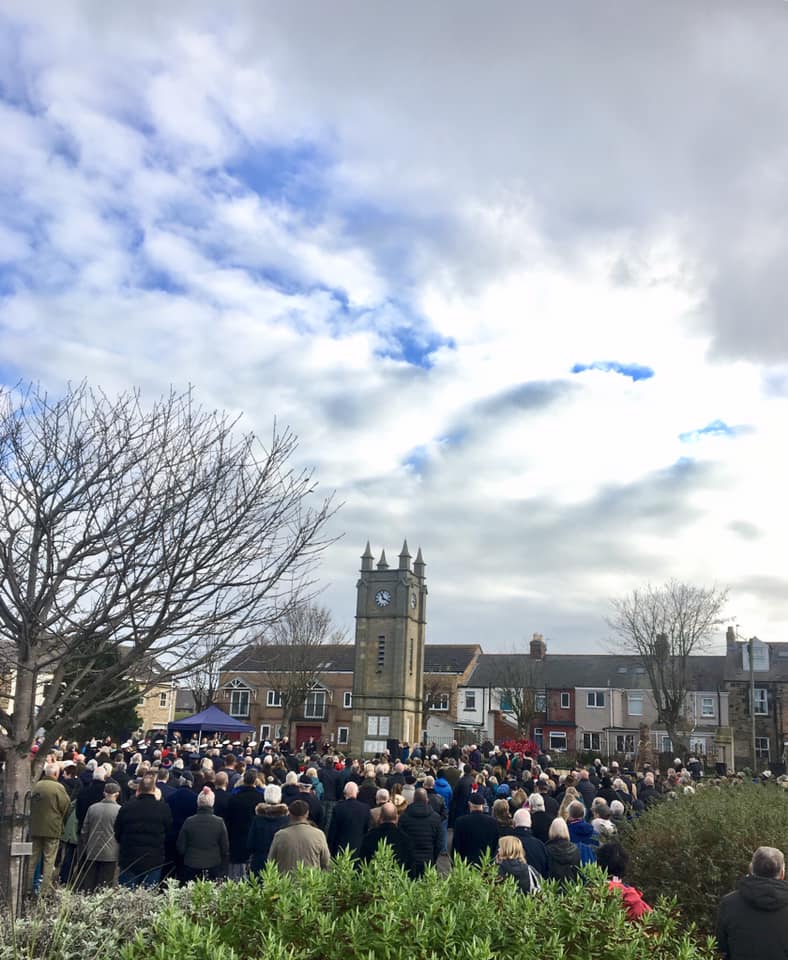 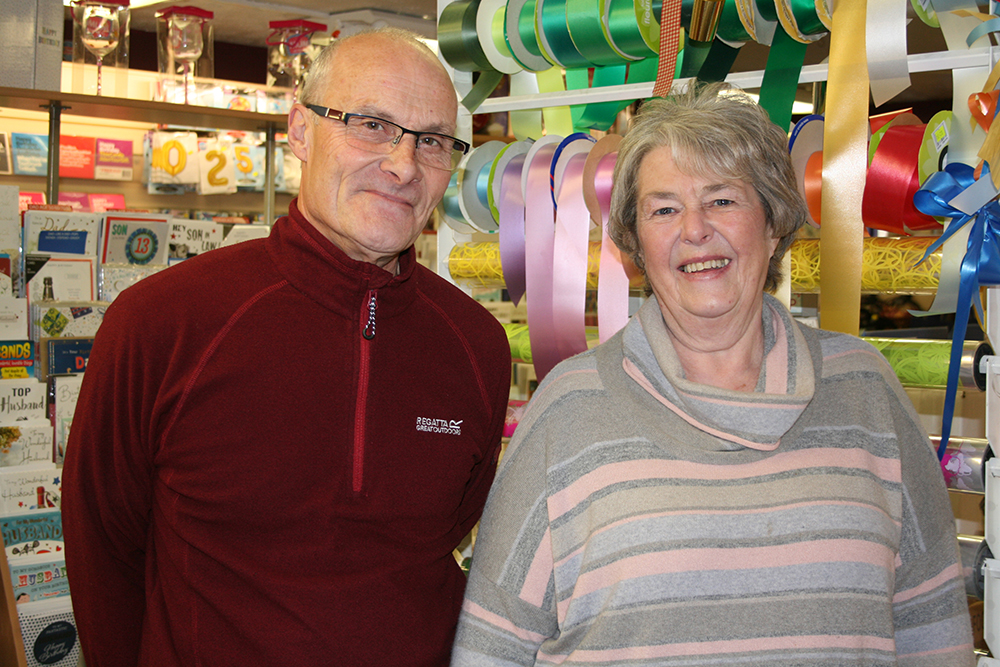 Mr Lobster and mini chef
Fun at the Torchlight Procession