A year – almost to the day – since it closed its doors, the Bede St club has undergone a huge renovation. On 21 September they officially opened Bar 1902, in what was originally the games room, now totally redecorated and remodelled.

“It’s been a hard slog to get this far,” said acting Secretary Carol Nelson, one of the new committee members who have taken the former working men’s club and helped set it back on its’ feet. “Sometimes it’s felt like we’ve been swimming in treacle, but at last we are here.” 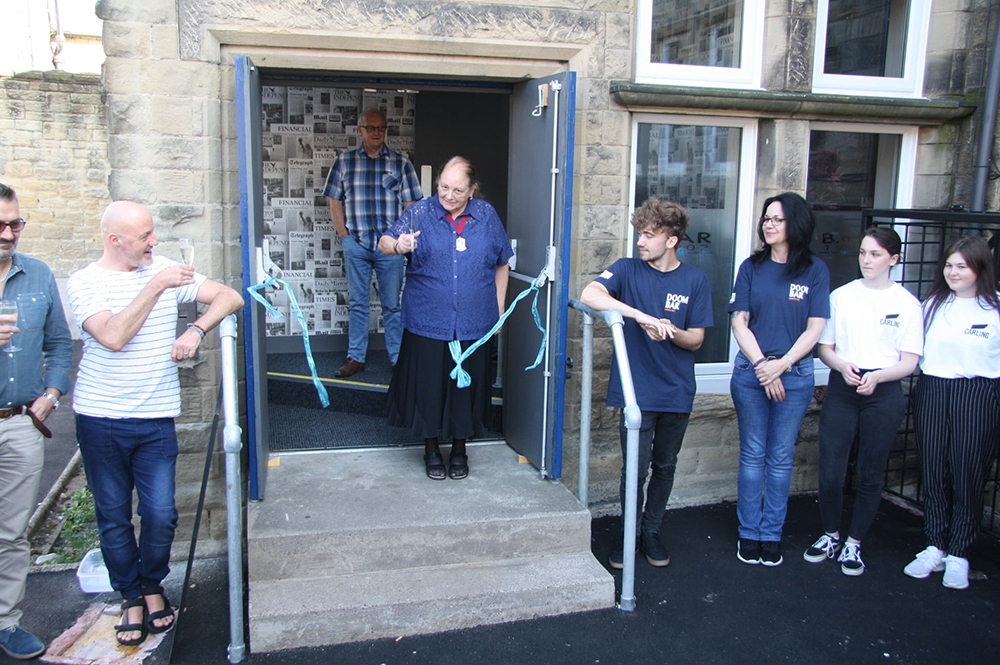 The whole building has been transformed from the dated venue that closed after an acrimonious shareholders meeting in September 2018, which then led to liquidators being appointed and assets stripped out.

Some of the shareholders, including Carol and her husband George, felt very strongly that the voting system had been unjust, and that the liquidators had had an undue influence over the whole process. They sought legal advice, and ultimately won the right to take back control of the club, with the original ballot being declared invalid. A new ballot was held and the vote was 390 to keep the club open, with 63 voting against.

Carol and George promised to help set the club’s finances straight, and pay for the refurbishment. Together with skilled local workmen, many of whom are also shareholders, work began on redecorating and making the building a welcoming up-to-date venue. 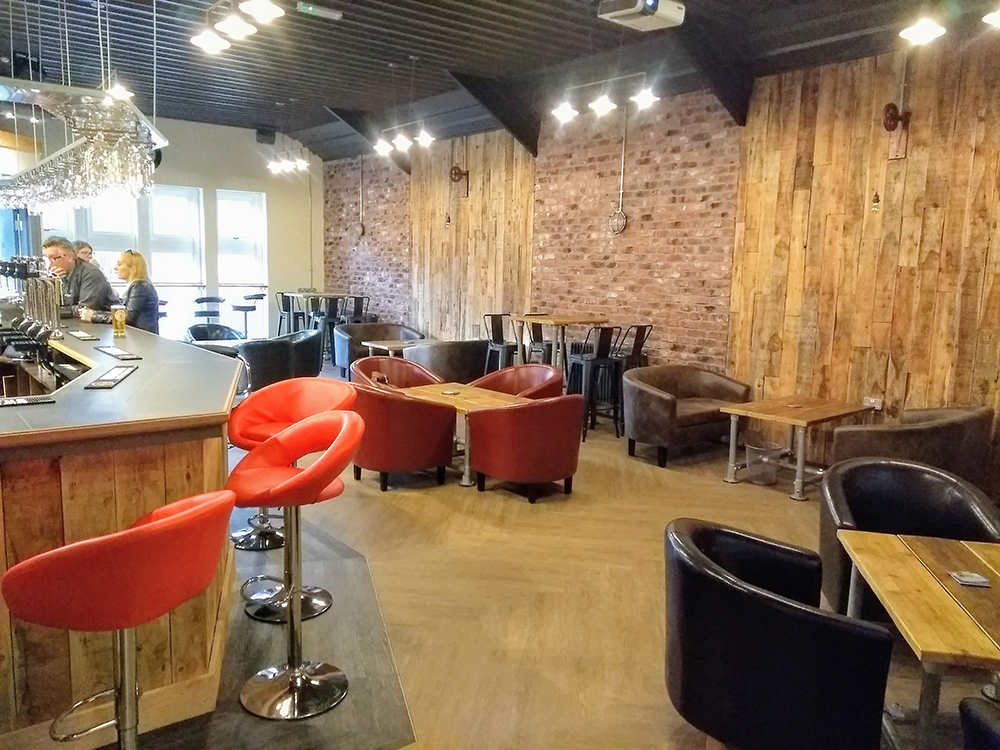 The new bar in what was the old games room

George said, “This has been a project where so many people have helped make it happen. At least 30 people have chipped in. It still belongs to the shareholders, but we’ve helped bring it back into the black.”

The new bar is almost unrecognisable, with an industrial-chic vibe, offering comfortable facilities, a welcoming atmosphere in which to meet friends or a space to watch the latest football matches. The bar has access directly from the street, where there is outside seating. Inside has internet points, and there are plans to open during the day, offering coffee – perfect for those working in between business meetings.

The upstairs function room, corridors and stairs have all been repainted, the ladies toilets are a pleasure to visit (“people are so amazed they’ve posted photos on Facebook” laughed Carol), the stairs and corridors are clean and pleasant, and the lounge area has been dragged into the twenty-first century with the removal of much of the 1980s chintz.

“We just feel we’ve given back to the people of Amble a building they can use for celebrations,” said Carol. “Amble needs a place for large family events, from birth to death. It was a bit of a crusade for me, because I felt an injustice had been done, but I’m thrilled with the progress we’ve made.”
Anna Williams

One thought on "Bede St club: Taking back control"