One year after the announcement of millions of pounds of investment for James Calvert Spence College (JCSC), progress appears to rest on a decision on whether or not to adopt a two-tier system. 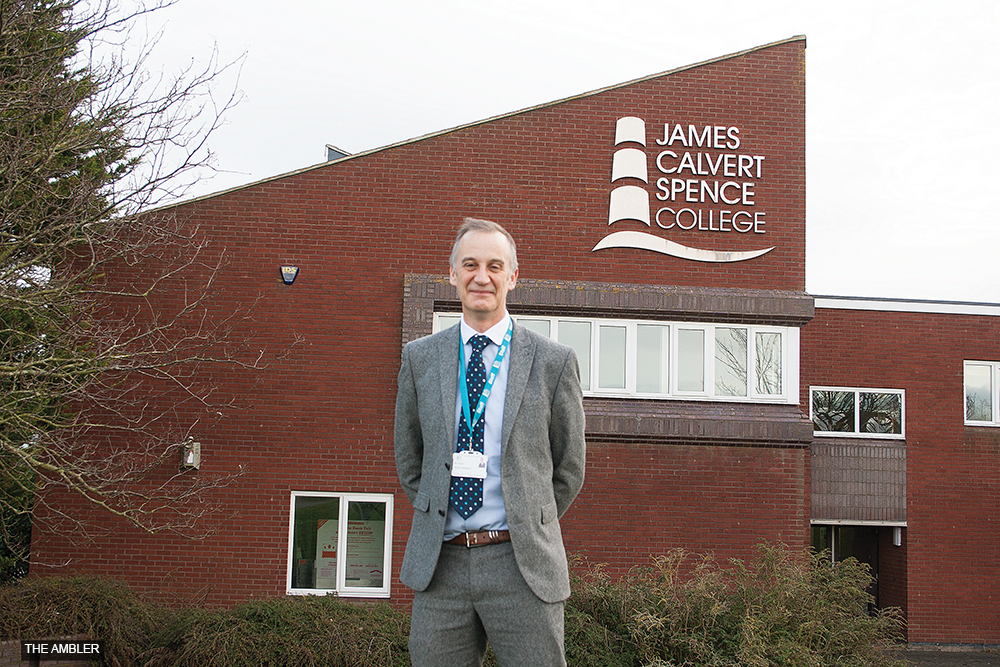 Executive Head of JCSC Neil Rodgers told The Ambler he had been meeting with heads of the first schools to discuss whether changing to a two-tier (primary and secondary), or remaining as a three-tier system (first, middle and high school) was best for the students in the future.

He said: “There have been discussions between ourselves and the first schools to see if we can come to a decision collectively as a partnership.” However, he stressed, “The money is not dependent on one [decision] or the other.”

“We need to agree on what is beneficial to us all for the future. We’re still in discussions with all the other first schools in the partnership (Amble First, Amble Links, Grange View, Red Row and Broomhill). We’re also working closely with Warkworth who became a primary recently. The long term future of our students is the most important thing.”

He added, “I am sure we will get an agreement very quickly.”

We asked NCC about the £12 million promised to JCSC, and whether moving to a two-tier system was on the cards.

A spokesperson for Northumberland County Council said: “The council is committed to a significant investment into education in this area. We have had a number of meetings and are working closely with senior school leaders to determine the best options for the future. Once these are agreed we will be developing a business case to deliver this much needed investment.

“We would stress that the local authority has not suggested any change to school organisation in the area.”

Neil Rodgers said, “Both systems [two-tier and three-tier] have pros and cons, and we’re dealing with lots of different issues. The headteachers in the partnership will make the decision. Once we’ve agreed on our educational vision, the planners and architects will work with us.”

In a two-tier education system, children aged 4-11 years attend a primary school, then continue to secondary school. In the three-tier system, children attend a first school from 4-9 years of age, then a middle school until they are 13, before continuing on to a high school.

Last February, NCC announced a multi-million pound investment for JCSC. The money was to help improve the school building and provide brand new facilities for both the students and the community.

Two months later, in April, Mr Rodgers told The Ambler how much had been set aside: “We met with people from the county council … who told us that they had earmarked around £12 million, which is great news. It’s an amount of money that will allow us to refurbish and extend the high school site and hopefully get both the high school and middle school onto one site.”