We were sorry to hear of the death of Chelsea Pensioner George Skipper, who died in July. During WW2, George served in the Royal Army Service Corps and took part in the D-Day landings. He was awarded the Legion D’Honneur by the French government in 2015. George lived in Amble for many years, eventually moving to the Royal Chelsea Hospital in 2016.

Below is a tribute from Amble and Warkworth Royal British Legion secretary June Watson. 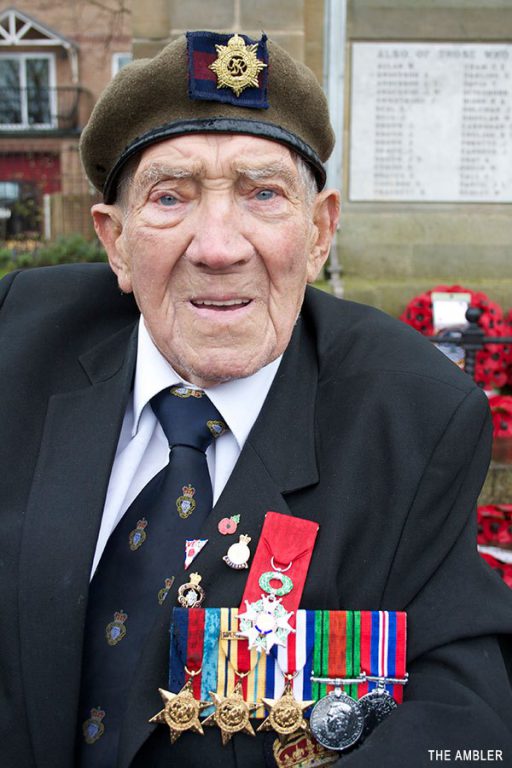 George was a D-Day veteran landing on Gold Beach, June 6 1944 and was honoured in 2015 with the Légion d’honneur by the French government for veterans who had fought and risked their lives to secure France’s liberation in World War 2. Our branch Chairman Jeff Watson arranged for him to move from Amble to be accepted as a Chelsea Pensioner in 2015 after his wife died and he was still resident when he passed away.  He took part in the Remembrance Day parades in London.  He loved the official occasions when he could wear his distinctive red uniform and tricorne hat to participate in all the ceremonies and trips organised by the hospital.  Jeff Watson also had the honour to take George to the 70th anniversary celebrations of D-Day in 2014 at the Normandy beaches.

George settled in well to the social life of the hospital since leaving Amble in 2015 to become a Chelsea Pensioner. Many London charities invited Chelsea Pensioners to outside events and excursions which he loved.  At the age of 97 years he became the pin up model for a commemorative booklet published by the Chelsea Hospital and distributed to the public at the 2018 Royal Chelsea Flower Show. The booklet features four extraordinary veterans all of whom showed exceptional bravery in WW2.

A cockney born and bred George Skipper grew up in tough surroundings in the 1920’s East end of London attending school with the infamous Kray twins. He was called up in 1941 at 18 years and sent to the Middle East with a special elite unit for 14 months.  On his return he was deployed as a driver for senior commanders organising D-Day with the Eighth Army Corps.  On the 6th June D-Day invasion George was dispatched to Gold Beach in Normandy and on jumping out of his armoured vehicle found himself neck deep in water. He helped his mates who could not swim and successfully fought his way across the beach under heavy fire.

He was a loyal member of the Warkworth & Amble District Royal British Legion  branch and never wavered in his support for the welfare of veterans. He will be sadly missed. He leaves a son and a daughter and grandchildren.

The funeral arrangements are Wednesday, 5 August, 1.45 pm at Blyth Crematorium – due to Covid restrictions on social distancing those attending will be required to stand outside the chapel and listen to the service via a speaker.

See more about George’s part in the D-Day landings, when he was interviewed as part of historian Dan Snow’s History Hit channel: