The day Harrison Ford dropped by for lunch

Amble is so popular these days, with TV crews and celebrities finding their way to the Friendliest Port; some as part of their work, others taking time to explore the area. But the day A-list celebrity Harrison Ford called in at the Fish Shack, was a day to remember. 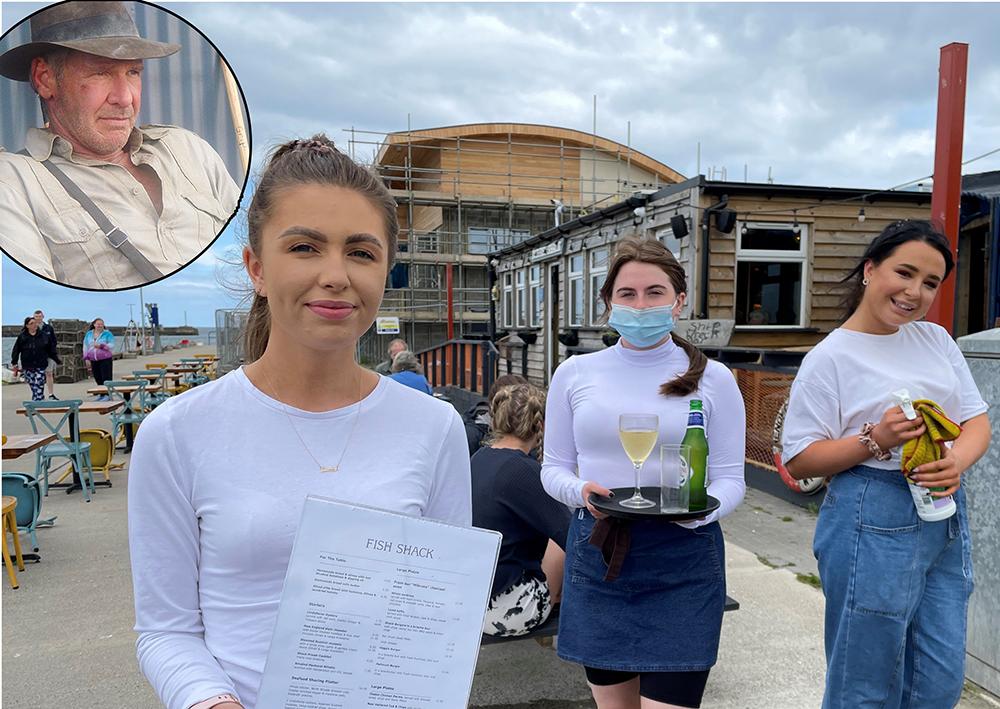 Carly Jones, Emily Shaw and Hannah Thompson were among those who served Harrison Ford at the Fish Shack

Waitress Carly Jones told The Ambler, “He turned up on his bike, with two other men. They sat at one of the tables and no-one really noticed who he was, until Ellie [Goodfellow] came running in and said ‘Indiana Jones is outside!'”

The actor is in the area filming at Bamburgh Castle for the latest Indiana Jones movie. Star spotters have seen him out and about on his bike, and walking along the quayside in Newcastle.

Around mid afternoon on 10 June, he was seen leaving the car park at Cresswell on his bike, and at approximately 3.15, a local dog walker noticed three men on high-end bikes along the cycle track at Low Hauxley, cycling towards Amble.

He told The Ambler: “I had to move the dogs out of the way, as you do on the cycle path, and I thought ‘those are expensive looking bikes’. It wasn’t until afterwards I wondered if one of them had been Harrison Ford.” 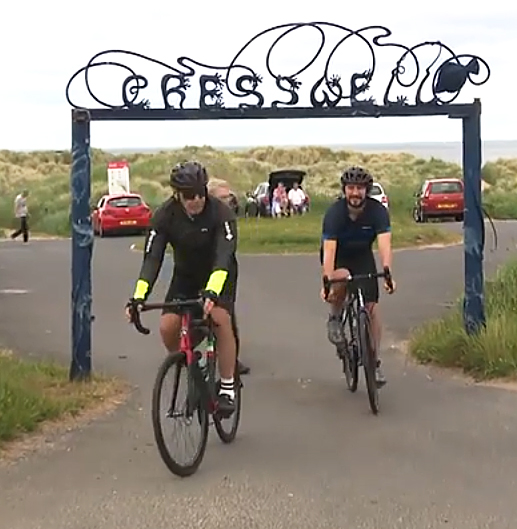 Harrison Ford leaving Cresswell for his bike ride along the coast to Amble. Image courtesy ITV

The actor and his companions arrived at the Fish Shack on Amble harbour at around 3.30pm.

“They ordered the sardines, and Harrison Ford asked for a Guinness,” said Carly. “But we don’t serve that, so he opted for a pint of local lager.  After they finished their lunch they left on their bikes. We didn’t take a photo as we wanted to let him eat in peace. But afterwards we thought – maybe we should have! We get quite a lot of famous people here, and at the Old Boat House, but this was very special as he’s an A-list celebrity.” 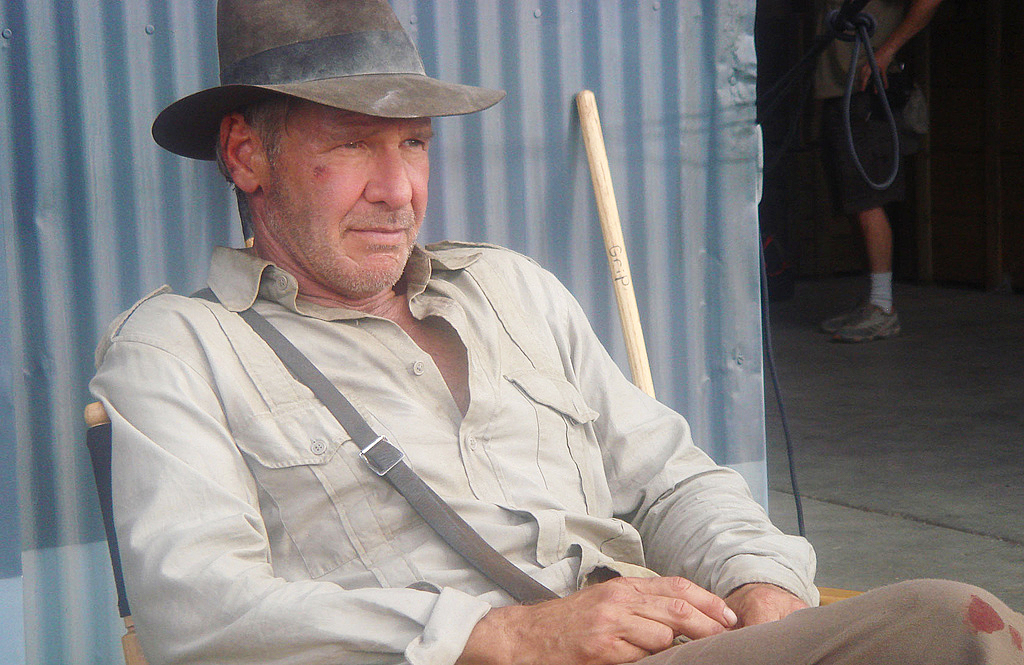 Covid forces temporary closure
In fact it’s been a rollercoaster couple of days for the owners of the Old Boat House and Fish Shack. At almost the same time as Harrison Ford was stopping by for lunch, Martin and Ruth Charlton announced they were going to have to temporarily close the Old Boat House, due to staff having to isolate as one of them tested positive for Covid.

Ruth said “It was devastating to have to make that decision, but we just don’t have enough staff. One person was tested positive, so all the other team members had to self isolate. No-one else tested positive, but still they have to isolate for 10 days. Hopefully we can open again next Saturday (19 June). Fortunately we’ve been able to keep the Fish Shack open.”

One thought on "The day Harrison Ford dropped by for lunch"