Plans to build more apartments on Amble’s quayside, have been met with concern and a request for a sizeable contribution to the town’s GP practice. 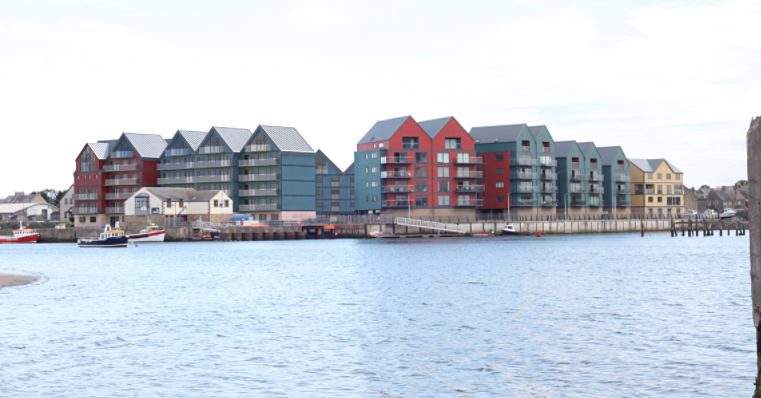 The £16M development has attracted many comments

The proposal to build four apartment blocks comprising 54 apartments on Amble’s quayside were announced in early September, and have already created quite a stir on social media, with many objection comments being left on Northumberland County Council’s website.

The £16m development would be built on the site of the current boatyard at Coble Quay.
As with other developments in recent years, many comments centred around the lack of infrastructure in the town, especially regarding Amble’s overstretched GP practice.

Northumberland Clinical Commissioning Group (NCCG)said that if the proposal were to go ahead, they would ask for a Section 106 contribution of almost £25,000 in order to expand the Amble surgery.

In their response to the proposal NCCG said, “we consider an expansion of healthcare infrastructure will be required. We have had written confirmation from the GPs who practise from Amble Health centre that they are already facing severe lack of capacity to service their existing workload in the best interest of their patients.” 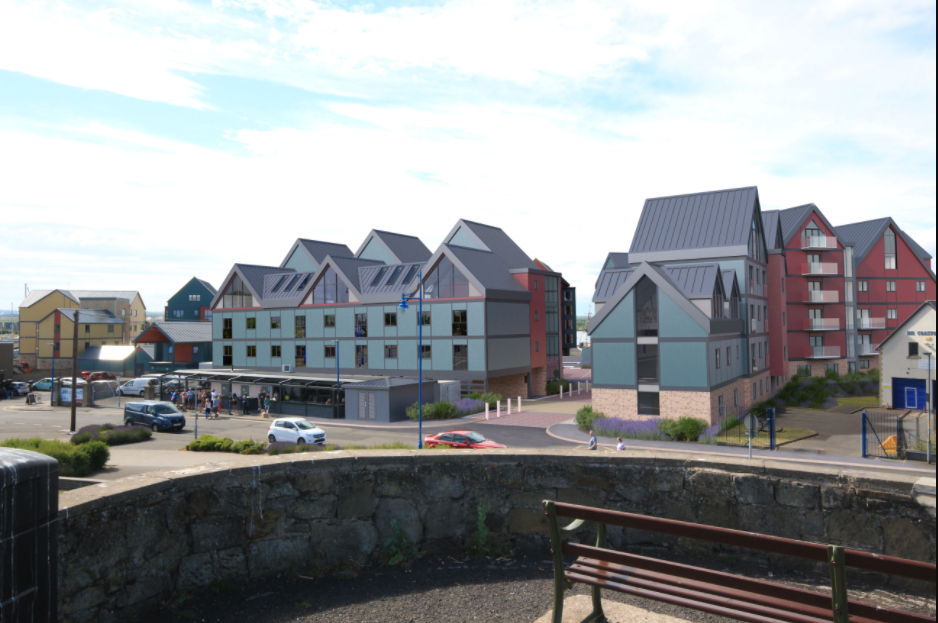 54 new apartments are proposed on the current boatyard site

Comments
Many social media comments also voiced concern that the apartments would end up being holiday homes, which they say are already pricing locals, and young people in particular, out of the housing market in the town.

“Any affordable housing for local people? Or just for landlords from down South to buy up and rent out to tourists?” asked one person on the Ambler’s Facebook page.

Another replied: “Affordable housing does not get riverside locations, as the land is too expensive. On the other hand, we do need affordable housing, with properly enforced rules on not letting it out. Amble is lovely, and this investment will improve it further. But I feel so sorry for the young families who will stop the town becoming a hollow community-less place, like so many on the coast.”

Job creation
In their proposal, the applicants emphasised the level of investment and job creation which would be created: “The current proposal is a £16million private investment that will bring about significant economic benefits. The development of the site would bring about a major development creating a large number of jobs during the construction stages.

“The development would also bring about ‘spin-off’ employment in respect of generating opportunities for existing, local businesses involved with construction and related industries.”

To see the full plans and/or make a comment, see https://publicaccess.northumberland.gov.uk/
The planning reference is: 21/03144/FUL
Anna Williams