Opinion: A sustainable future for Amble?

Back in July I tweeted a photo of my son riding down Queen Street. It ended up with almost 150,000 views. Many folks realised that it wasn’t a particularly healthy scene – a polluted, hostile, car-filled environment with a vulnerable young boy penned in on all sides. Some wondered what a young lad was doing on a busy road. 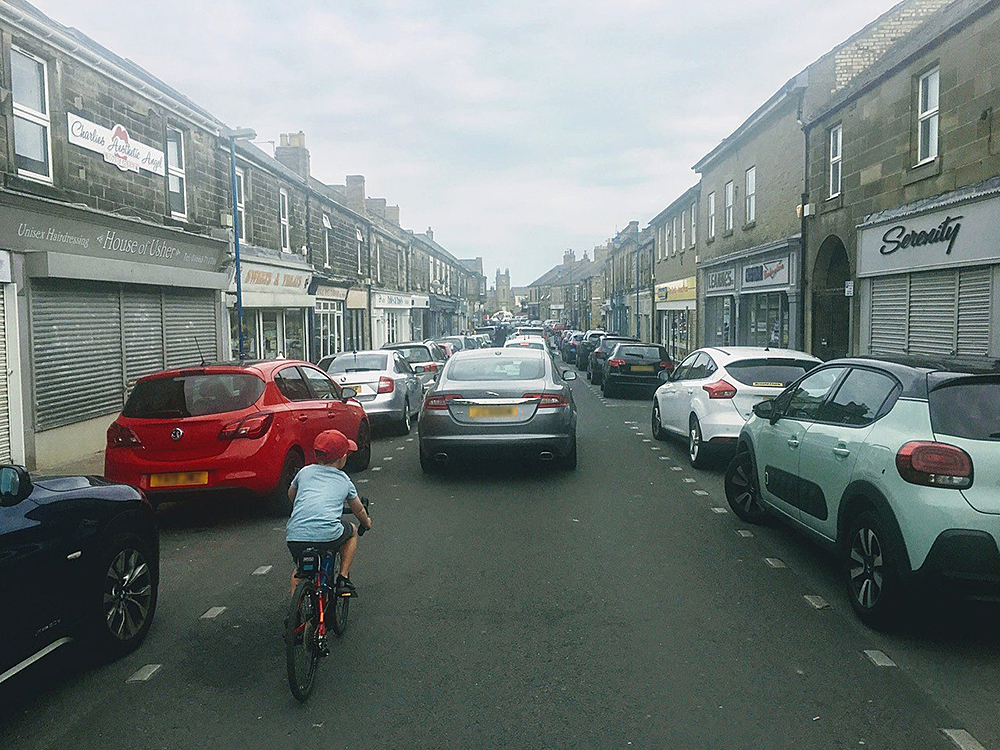 Do you think Queen Street has too many cars?

On the flip side, there were positives to the photo – a busy high street in a small coastal town that is seemingly bursting at the seams with people eager for to make the most of their holidays.

That said, there is a serious conversation that the custodians of Amble and countless other places like it need to have in the decade ahead. It’s a decade where climate change will be front and centre.

As handy as cars are (we own one, but are doing a decent job of reducing our reliance on it) they are staggeringly inefficient at moving people. Let’s say there are 30 cars in my photo and, being generous, they all brought two people into the town. That’s 60 people in a space that, were it pedestrianised, could handle hundreds and hundreds at a time.

Businesses on Queen Street really are missing a trick. Land on the outskirts of Amble could be better used for parking and a wonderful, healthy, bustling Queen Street could burst forth.

Amble, like many seaside towns, will have peaks and troughs through the year so there’s nothing to stop schemes like this being timed so vehicles could access roads more often in the off season, or during off peak times during the day as well. Vans will need to make deliveries. We’ll need far more people on trains, coaches and buses, with bikes coming in very handy for those shorter trips.

Disabled drivers will need plenty of thought of course, but pedestrianised streets are far from lacking in terms of accessibility. Head to Northumberland Street in Newcastle to see what I mean.

Alnwick has had a little play with this as you may have noticed, which, from the few times we visited, seems to have proven successful. Lots more people can access the space now and people can linger and enjoy the street away from the noise and pollution that our cars bring.

The pandemic has given us a little glimpse of what the UK looks like when no one can escape.
So I guess what I’m getting at is this: a big opportunity awaits places like Amble in the coming decade, but it won’t happen by accident. Get some plans in place. Try things at weekends and see how they go. Move fast! Be brave! You won’t regret it.

9 thoughts on "Opinion: A sustainable future for Amble?"