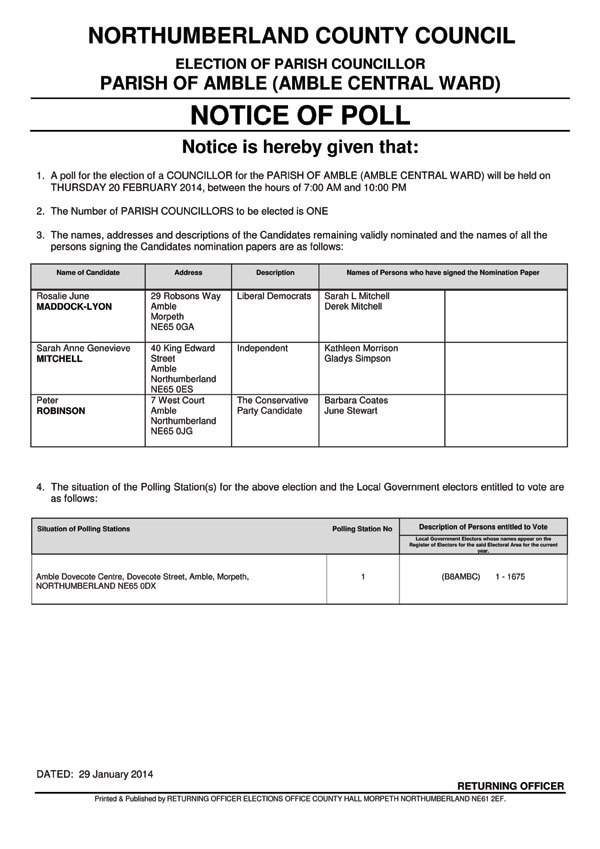 Three candidates are standing to represent the town’s central ward. One candidate is to be chosen from the list below:

The polling station is in the Dovecote Centre, Dovecote St and will be open between 7am and 10pm.