Ray King: Newcastle v Sunderland and troops on the streets 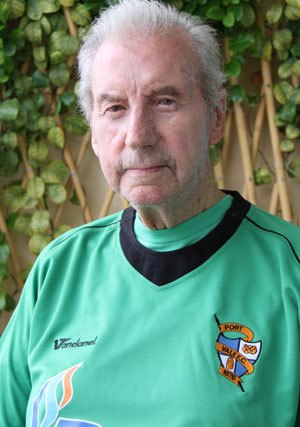 With another football season over, all eyes will be focused on the World Cup in Brazil. It would be remiss of me, however, not to mention the incredible performance of Sunderland who avoided the “drop” when only a few short weeks ago they were at rock bottom with little hope of recovery.

Newcastle fans may not appreciate my writing about Sunderland but it did play a significant role in my career. I made my debut for Newcastle against Sunderland at the age of 17 at St. James’ Park in torrential rain. After having been unable to play for 3½ years because of broken wrists and a double fracture of the jaw, I made my comeback playing for Ashington against Sunderland Reserves at Roker Park.

My eldest brother Frank was a Sunderland supporter in his youth and it was his ambition to play for them. As events unfolded he was destined to play for Everton and later in his career for Derby County.

In 1936, a good friend of ours named Bob Wade, a fanatical Sunderland supporter, took my brother George and me to watch Sunderland play Everton at Roker Park. The Sunderland team on that day remains vividly in my memory: Mapson, Stelling, Gorman, Hastings, Hall, McNab, Duns, Gallagher, Gurney, Carter and Burbanks. In my opinion that was Sunderland’s finest team ever.

Little did I know that I would be playing against most of them five years later. I wonder if there are any Sunderland supporters who still remember that team?

Troops on the streets
Whenever I read or heard that martial law had been declared or a coup d’état had occurred in some foreign land my blood would turn cold. Images of troops taking over the country, tanks rolling through towns and villages, and unspeakable atrocities taking place would be the order of the day, so to speak.

Well, as you are probably aware, martial law was declared in Thailand only a couple of weeks ago and this was soon followed by a coup d’état. Although one sees troops on the news from time to time there is absolutely no evidence of any trouble in Bangkok from my vantage point. Every day I sit and watch the world go by and little changes; it is still hot and the traffic is just as awful.

Everyone is just going about their business and the Thais continue to display their ready and infectious smiles. For me, the worst part of the coup has been the blocking out of the BBC and CNN – my two favourite television stations. These have been replaced by military songs and marching music – enough to drive one to despair! Last night, however, the news channels came back on – “Sabai, sabai, as the Thais say. Something like, “All is well”, in English.