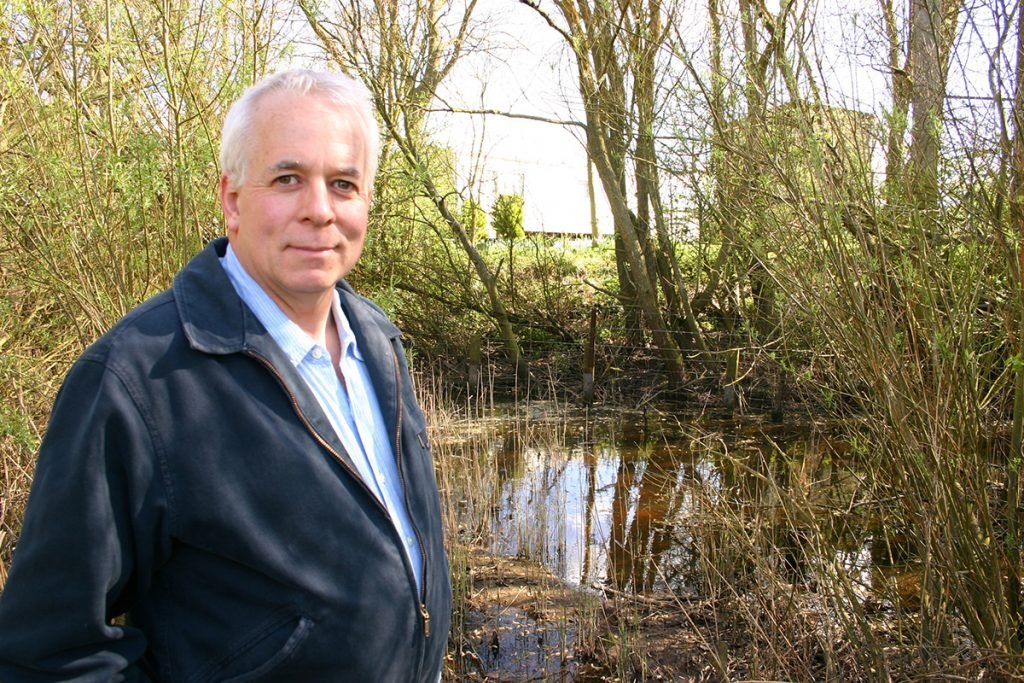 Investigations have been carried out, after allegations of poisoned groundwater at Low Hauxley.

The claims have been made by an Amble resident, who says that quicksand and groundwater at Hauxley could be potentially poisonous. He has also criticised some local authorities who, he says, appeared unconcerned with his findings.

Environmental campaigner Ivor Rackham recently carried out an investigation into floodwater and quicksand at Hauxley. He claims that there are large quantities of manganese in water samples taken from the beach.

Manganese poisoning can result in symptoms similar to Parkinson’s Disease. 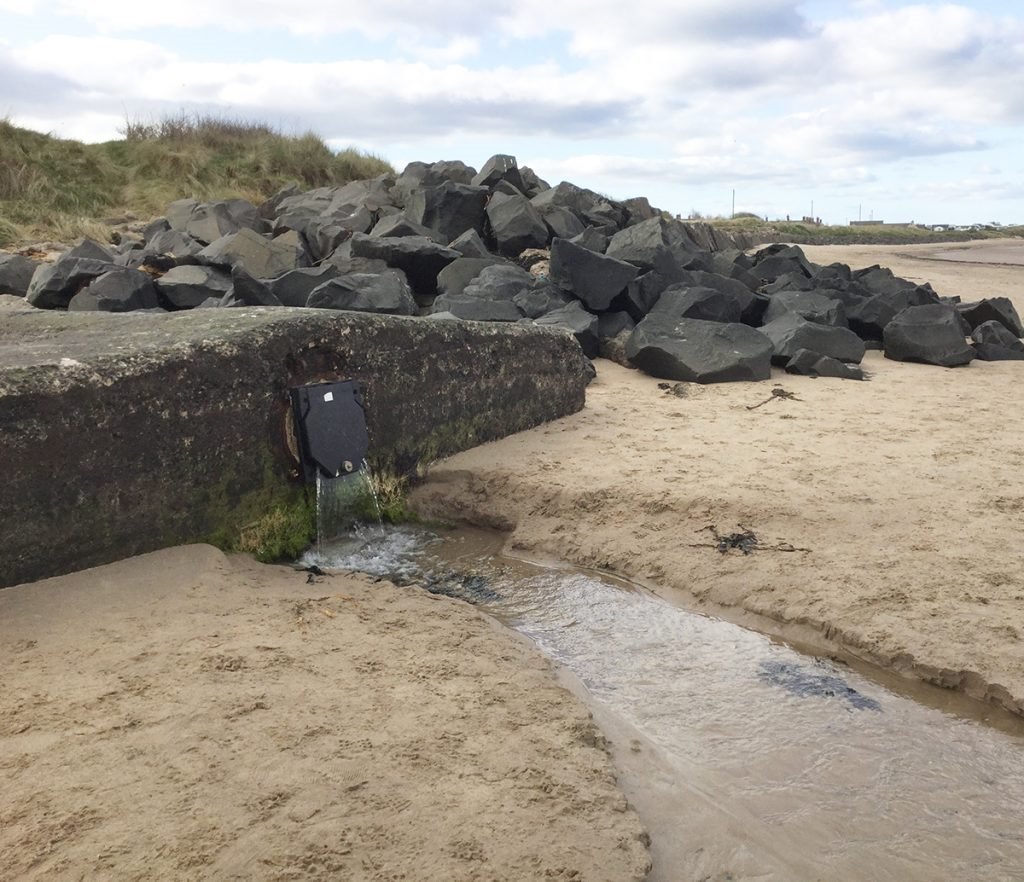 Hauxley Parish Council have requested information from Northumberland County Council, and The Ambler has asked several authorities for comment.

The Coal Authority and Environment Agency have told us they are now undertaking further investigations, and sampling will also be carried out by Northumberland Inshore Fisheries Conservation Authority (NIFCA), who expressed concern at the information.

Ivor told The Ambler that his findings are based on information gained via Freedom of Information requests received from the Coal Authority, and analysis of water samples from Hauxley beach.

He claims the manganese levels in the water are 1670 times higher than is considered safe. He alleges that the information he received via the FOI request “shows that the Coal Authority have been aware of this pending disaster for many years, but have done nothing to stop it.”

He also claims a dossier of this information was given to all members of the Northumberland Planning Committee, in advance of last June’s debate on the proposed opencast mine at Highthorn, but he says that County Councillors, the Environment Agency and the Coal Authority appear to be ignoring the danger.

The Ambler contacted those authorities for comment. None of them could recall seeing the dossier. The Environment Agency said they did not believe the quality of the water was a health risk to the public, but they told us that together with the Coal Authority, they now plan to carry out further investigations.

Figures obtained from the Coal Authority and seen by The Ambler, show that groundwater levels at Hauxley have risen on average 3metres per year since the pumping station was switched off in September 1985.

Looking at water analysis information also provided by the Coal Authority, Ivor also believes that the composition is similar to that from Whittle Colliery which required filtration methods to stop it poisoning the River Coquet.

“Comparison of test results from water that escaped from Whittle Colliery, and from water at Hauxley beach, shows a marked similarity in the chemical constituents of the two sites, strongly suggesting that the quicksand water is from the abandoned deep mine.”

He goes on to say that water from Hauxley beach was also sampled: “Expert analysis of these results has revealed that heavy metals and other pollutants are seeping out into the Marine Conservation Zone’s beach, and presenting as quicksand.”

The Ambler’s own investigations have discovered that in 2014, the Coal Authority commissioned a report into the rising mine water levels at Hauxley. In the outline for the scope of works, they acknowledge the need for monitoring water levels and the possibility of contamination into smaller water courses.

“Since the closure of Hauxley Colliery in 1965; there has been extensive opencast mining across the coalfield. Recent opencast operations at Maidens Hall opencast used the mine shaft and boreholes at Hauxley to dewater mine water from the opencast. The pumped discharged is believed to have been discharged untreated to the sea/coast at Hauxley. In 2007 the pumping ceased and mine water levels began to rebound, since this date (and prior to) the Authority along with the previous opencast operator have monitored this recovery.

“A lot of the coalfield is undergoing mine water rebound and thus, is likely to cause future needs for preventative schemes. These will be required to both prevent outbreaks of mine water causing surface water pollution and possible contamination of minor aquifers.”

Above: In May 2016, this bubbling sump hole appeared on Druridge Bay, about 1 mile south of Low Hauxley

We asked the Coal Authority, NCC, the Environment Agency and NIFCA for their comments on the allegations.

A spokesperson for the Coal Authority, told The Ambler: “Underground coal mining in the area between Amble and Red Row ceased over 50 years ago in the mid-1960s. However, the area was also subject to opencast coal mining for many years, where the groundwater was artificially lowered by the mine operators pumping water so they could extract the coal. 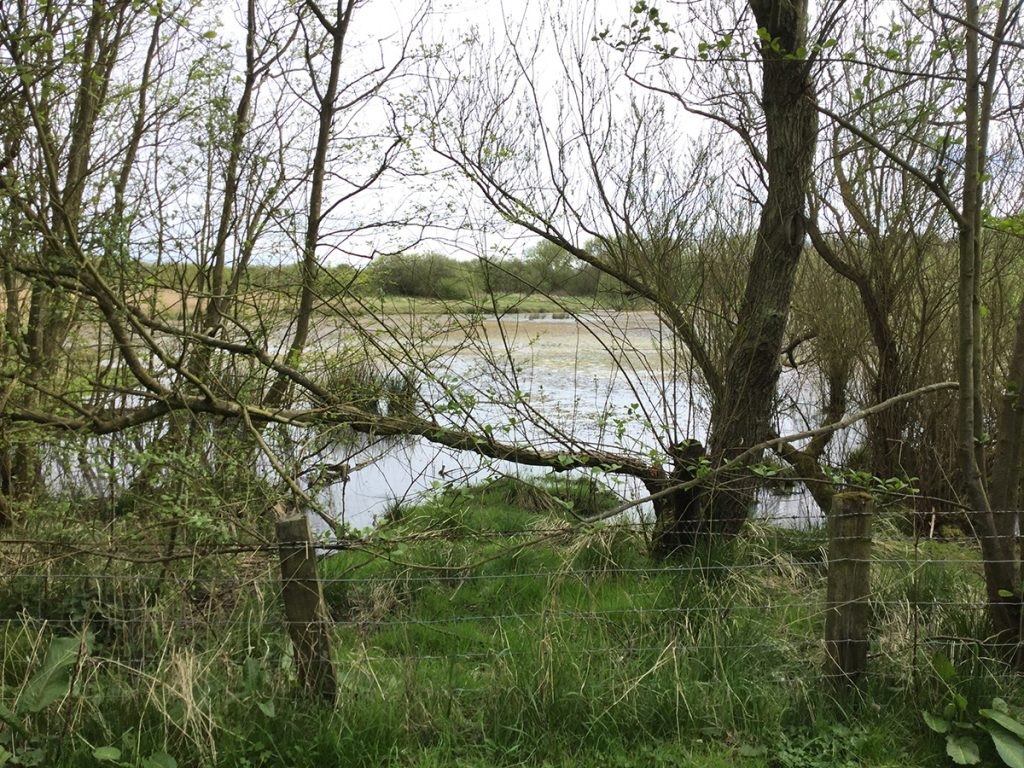 A new lake has appeared at Hauxley Nature Reserve, on land which backs onto the Low Hauxley allotments. Both areas were flooded in December 2015 and have remained waterlogged.

“When the opencast mining ceased about 10 years ago the private mining companies had turned off the pumps at High Hauxley and the water began returning to its natural rest levels.

“As the responsible opencast mining operators no longer exist, the Coal Authority is working in partnership with the Environment Agency to assess what options may be appropriate to alleviate any potential impacts of the water returning to its natural levels, if this is required. We are also in discussions with other key partner agencies within the local area.

“Water samples taken last summer from the upwellings on the beach reported levels of manganese which are higher than those in samples of water obtained from a borehole into the deep coal mine workings. These results don’t support the idea that the concentrations of this metal are originating from old mine workings.

“We are currently seeking permissions to undertake a pumping test to further evaluate the situation. If these are granted then we will mobilise a temporary pump, power supply and pipework to an existing borehole near High Hauxley. Any future options will need to take in account feasibility and cost-effectiveness.

“Any decision will be taken in conjunction with the Environment Agency and be subject to other evaluations.”

Not aware of any dossier 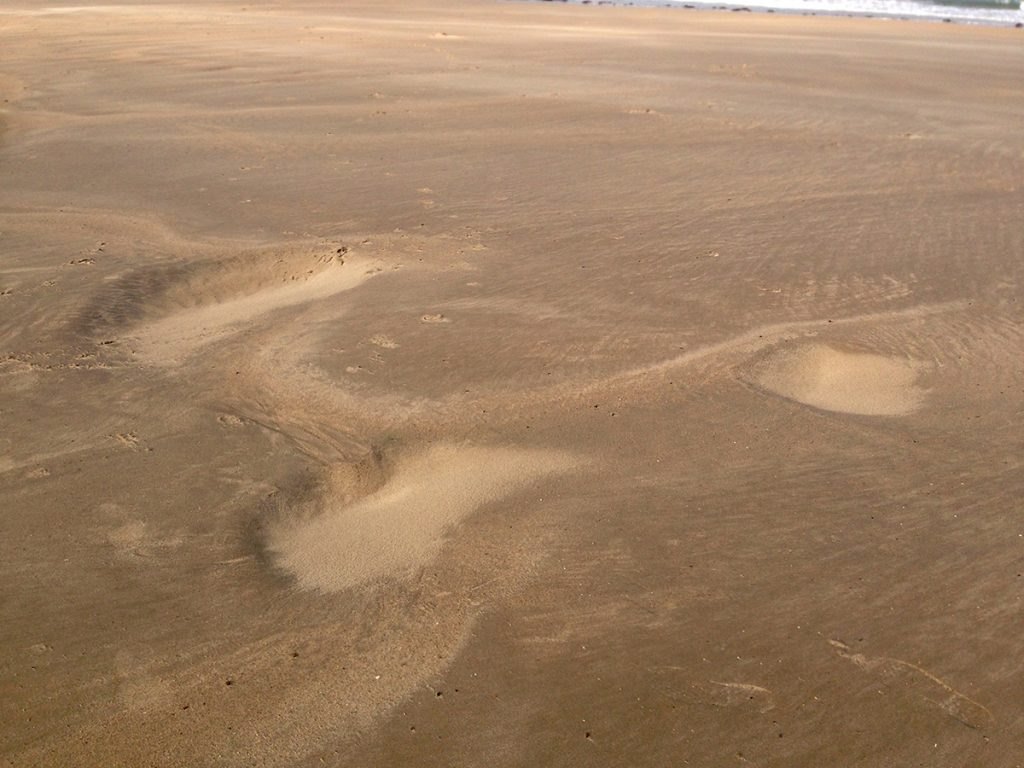 Paul Jones, Director of Local Services and Housing said he was not aware of any dossier of information from anyone regarding alleged groundwater contamination by minewater in the Hauxley area. He had contacted the Environment Agency and was awaiting a reply.

He said: “It is also our understanding that the only flooding that has occurred to the allotments was due to surface water flooding and that following some drainage improvement works by both NCC and the Northumbria Wildlife Trust this has now been alleviated.  The presence of springs on the beach is very unlikely to be of concern in terms of contamination to the marine environment due to the level of dilution by seawater that would occur during each tidal cycle.  If there are springs that are flooding the allotments and concern over the quality of the water emanating from them, then this should in the first instance be reported to the EA and Coal Authority as the responsible regulatory bodies for such matters.  I would also point out that contaminated minewater usually presents as a dark red colour due to the presence of iron and leaves a thick red ‘sludge’ deposit – if this were present it would therefore be very visible even to the untrained eye.”

We also contacted Mike Hardy, Chief Executive of Northumberland Inshore Fisheries Conservation Authority, who said: “I confirm that NIFCA was not previously aware of the matters referred to by you or of any analysis by any other Authority. Now that this has been brought to our attention, we are looking into this as a priority.”

No concern or risk to marine life 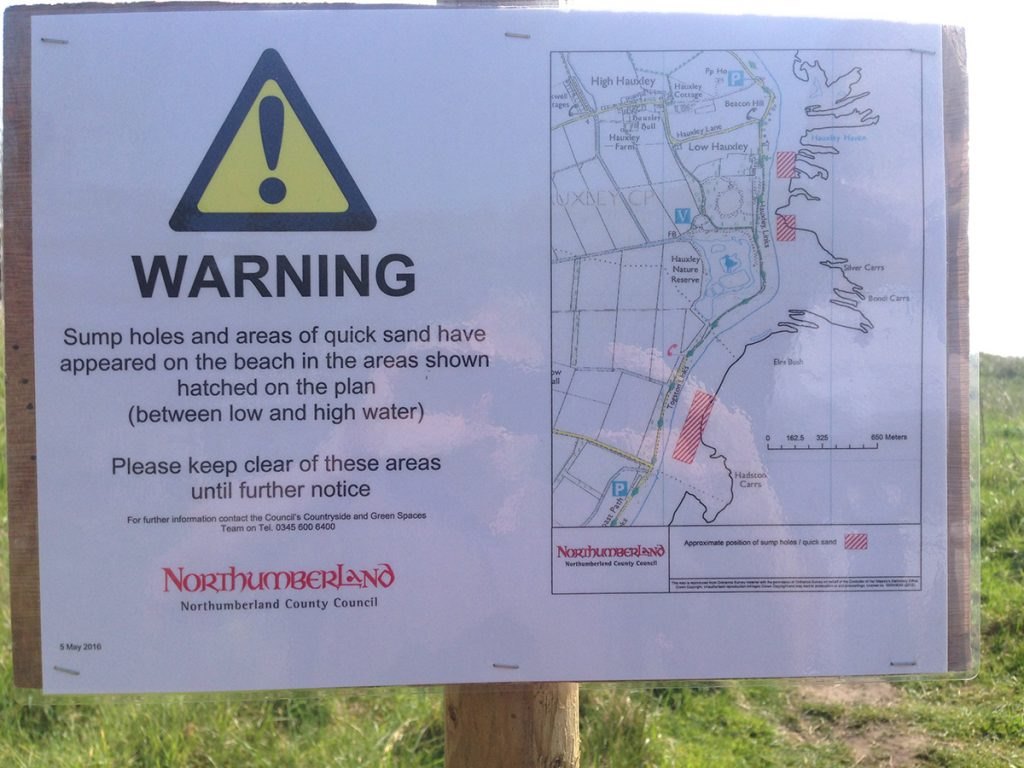 A spokesperson for the Environment Agency said: “We are aware of two separate incidents in Hauxley – flooding on the Low Hauxley allotments and groundwater upwelling on the beach.

“As the Lead Local Flood Authority, Northumberland County Council is looking into the allotment flooding. We are supporting them by taking samples for analysis. The results will help determine where the water may be coming from and what action, if any, is required.

“Groundwater has been upwelling on the beach near Hauxley for some months. The area is clearly signposted and our assessment of the quantities of water show there is no cause for concern or risk to marine life.

“Additionally, we are working in partnership with the Coal Authority to assess water levels in former mining areas in Hauxley and determine if mitigation measures are necessary.”

Ivor is hoping for the best: “Something has caused the new flooding of the Hauxley allotments, the permanent lake that’s appeared on the land behind them and the polluted water appearing on the beach as quicksand. That the mine’s water is over 3 metres above mean sea level cannot be just a coincidence. I sincerely hope that the ground is filtering out the toxic impurities before it contaminates the land. I am awaiting the test results from the Environment Agency. Then, the best news that NIFCA will come back with is that there is no pollution into the Marine Conservation Zone and the local fish stock is unaffected.”

He continued: “Unlike the toxic pollution from the old Whittle Colliery, where the water sprang from one point and flowed into the Hazon Burn, Hauxley was also a site of opencast mines which permanently damaged the bedrock – the natural barrier to rising water – and the widespread flooding is almost certainly a legacy of this combination of mining techniques.”

4 thoughts on "Claims of poisoned water on Low Hauxley beach"