The tenth Good Young Citizens award took place on 5 July, with another celebration of the exceptional behaviour of some of our young people. Three youngsters were nominated by the local First Schools, and local businesses and organisations donated prizes. The main prize of a bike was once again donated by Spurreli Boutique Ice Cream. 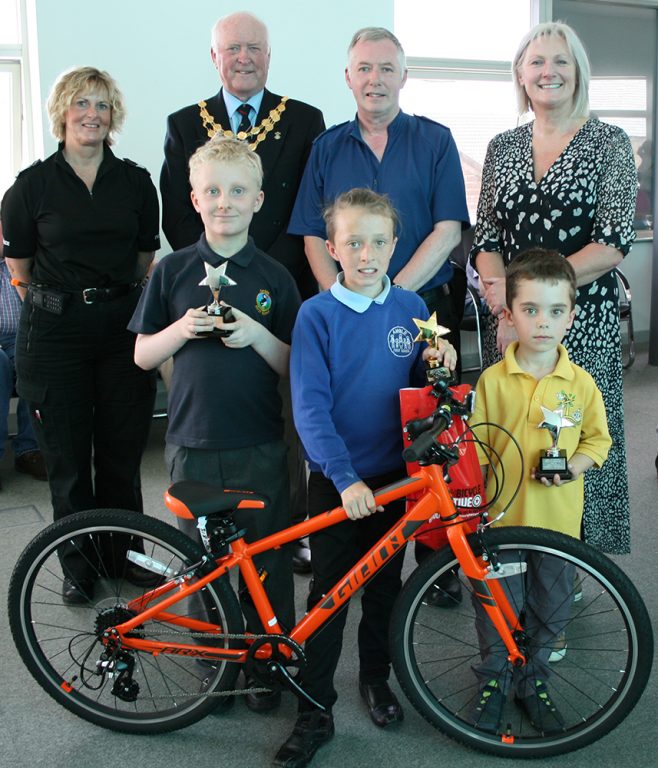 Archie Chisholm of Warkworth First, Owen Gough of Amble First, and Ollie Dryden from Amble Links were nominated for their outstanding behaviour and attitude both in and out of school. In a very close contest, Ollie Dryden was declared the overall winner and was presented with the bike. All the youngsters received trophies and goodie bags.

Some of the boys had their own personal health issues, yet focussed on helping others. They were praised for fundraising, environmental work, caring for friends and relatives and working hard in school.

CSO Darin Fawcett who originally came up with the idea of the Good Young Citizens award, and who has organised it over the last ten years said “I’m so pleased it has run this long, but it wouldn’t have done so without the community and the support of everyone else. The support from the schools has been amazing; they are so helpful and even juggle classes to accommodate it. Katie and Nick Spurr from Spurreli’s deserve a special mention too, they’ve donated a bike every year for ten years. The community support has been phenomenal.”

He continued, “I’ve always said badly behaved kids get awards when they turn around their behaviour, and yes, that’s to be applauded, but what about those kids whose behaviour is really outstanding? They rarely get recognised. They need rewarding too.”

Sgt Wilmore-Greaves said “Darin has worked hard in partnership with the schools and businesses to make this an annual event. Community representatives recognise these children’s diverse achievements and abilities that make a difference to others and the community. The children should be celebrated for their inspiration and tenacity which should provide a platform for success.” 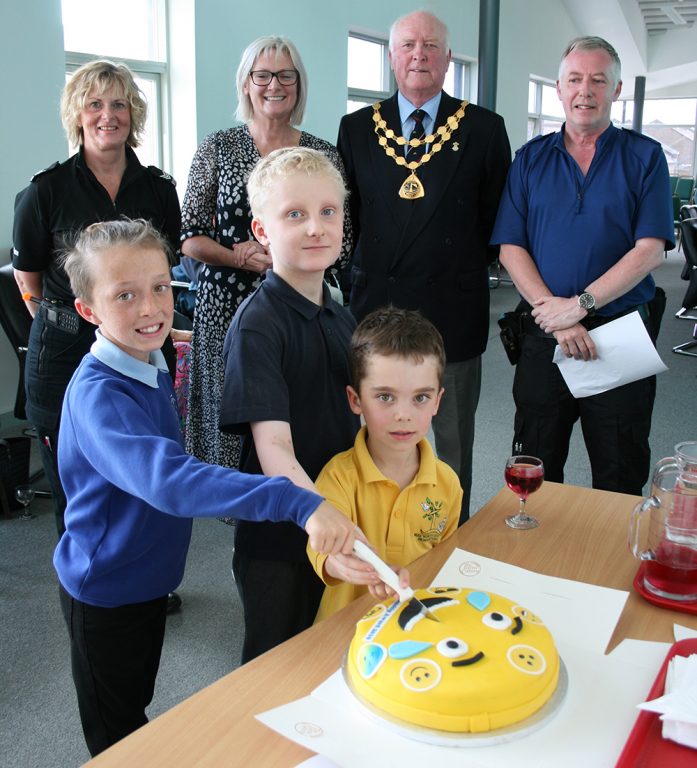 Prizes were donated by: