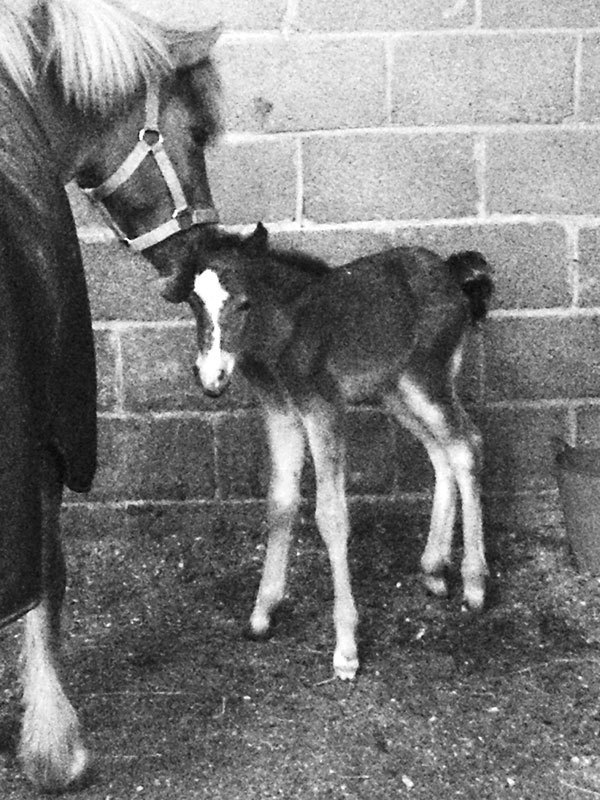 My name is Holli. I have two ponies and keep them at livery at Hope House Equestrian in Amble.
I have had Jack, my first pony for nearly two years, then got Rosie four months ago on loan.
I have been training Rosie as she is just young and she has not done much apart from run around in fields.
When she came to me she had quite a big belly as she liked to jump into the corn field and eat as much as she could! Since she has been in training, she dropped quite a bit of weight and started to look really toned up and was jumping really well.
On Monday March 17 I was schooling Rosie over jumps and had her cantering around fields over the weekend before, and then on Thursday 20th, my friend phoned my mam early in the morning to tell her there was a foal in the stable with Jack and Rosie – and was Rosie a surrogate to a foal?
My mam said “Don’t be silly and stop joking” but they promised that they weren’t joking.
We rushed straight there and found Rosie with a tiny filly (girl) foal. No one knew that she was expecting, not even the owners who had loaned her to me.
Horses carry their foals for 11 months so she was well into her pregnancy when we got her. She has been really good, she hasn’t put a foot wrong since we have had her, she’s jumped and been in training nearly every day since we got her.
The vet has said they are a picture of health and that nature has done its job and it goes to show we shouldn’t interfere too much. The foal is called Hope.
Holli Shanks   Age 10