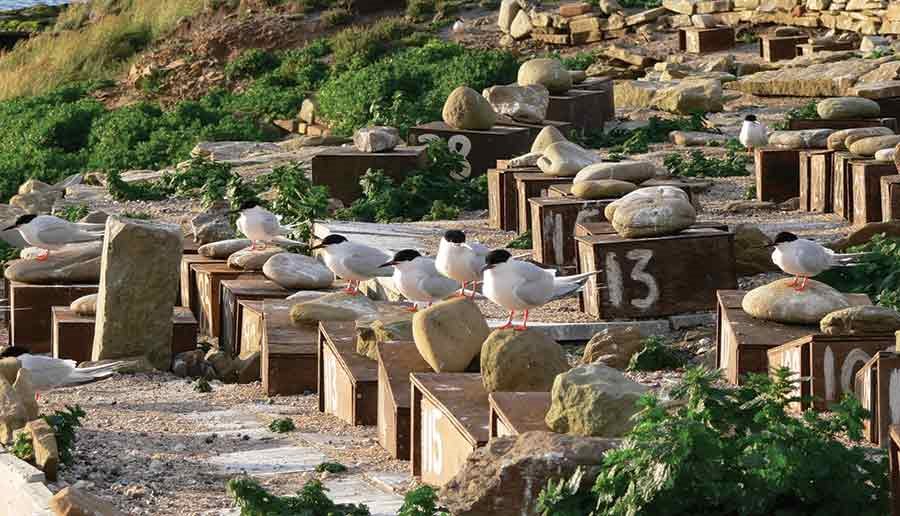 The 2015 season on Coquet Island has seen fabulous numbers of puffins, eiders and terns supported by plentiful supplies of sandeels and other small fish being brought in for hungry chicks.

However, the overall success of the breeding season has been tempered by the grim weather, with a combination of strong winds and heavy rain.

Many of the tern chicks have perished but the parents have been responding by laying second clutches.

This means a late season for the birds, before they can set off on their globetrotting flights for the winter.

The roseate terns have been stars this year – for the first time since the island became an RSPB reserve, the number of nesting roseate terns have topped the 100 pairs, all using the special nesting boxes provide by the wardens. Once more, Coquet is home to the sole UK colony of roseates and has bucked the trend of declines which are evident world wide.

The RSPB’s aim is to continue with working to provide perfect conditions for these rarest of British seabirds on Coquet Island and help establish colonies elsewhere, where they once thrived.