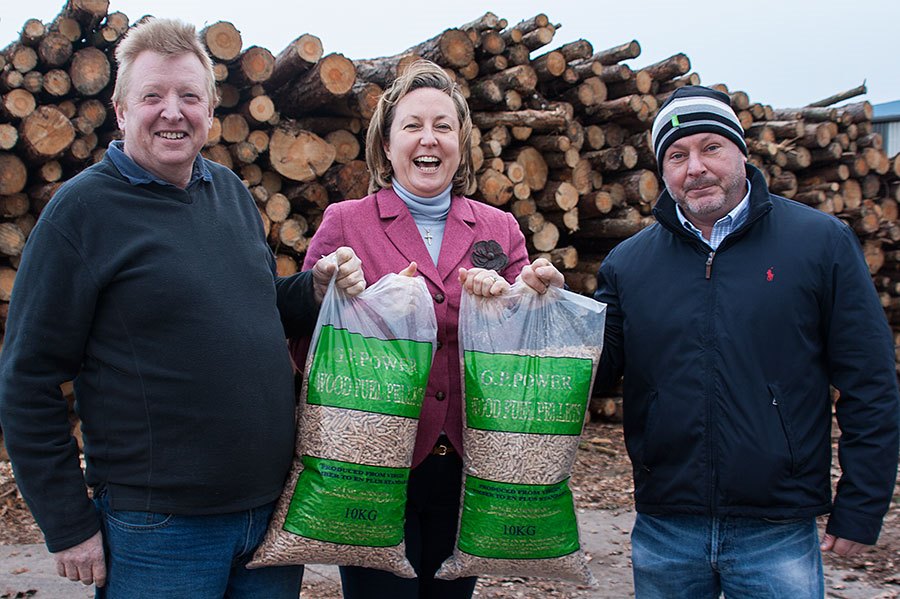 A company which makes wood pellets for heating has opened in Amble, with the creation of eight to ten jobs and hopefully more in the future.

Geordie Pellet Power will be sited on Amble Industrial Estate, and will be one of the biggest wood pellet manufacturers in the UK.

Owner Ian Lewis has a background in forestry and windfarm construction, while General Manager Richard Telfer’s background is in farming and forestry.

Richard told The Ambler “We had been looking for somewhere with enough space, buildings and land and Amble was the right site.

“Ian and I have worked in forestry for between 20 and 30 years and this is a progression from that. There are only five plants in the whole of the UK and they’re mainly in Scotland, Wales and Cornwall. We’re the third of any notable size in the UK as far as I’m aware.”

The company handles the whole production cycle: softwood logs are brought in from local forests, chipped, then dried and turned into pellets. Once bagged, they are then ready for sale.

“We’re hoping to be up and running very soon,” said Richard. “We hope to increase the number of jobs to between 20 and 30 in the future.”

Richard and Ian were keen to thank local businesses for the friendly welcome so far.

“We’ve had an awful lot of help from Northern Structures and GV Engineering,
“We wouldn’t have been able to build the plant successfully without them,” said Richard.

The biomass pellets will be distributed locally within the North East. They are even suitable for horse bedding and cat litter, as well as their main function: heating for domestic and commercial wood burners.