Getting used to the new normal

Things have calmed down dramatically on Amble’s Queen Street, since the Prime Minister announced the national lockdown on Monday evening, although for many businesses, these are proving challenging times.

The few shops in the town centre which are still open had all implemented strict separation measures. The two metre guidance was in evidence and according to shop staff, people were adhering to the rules. 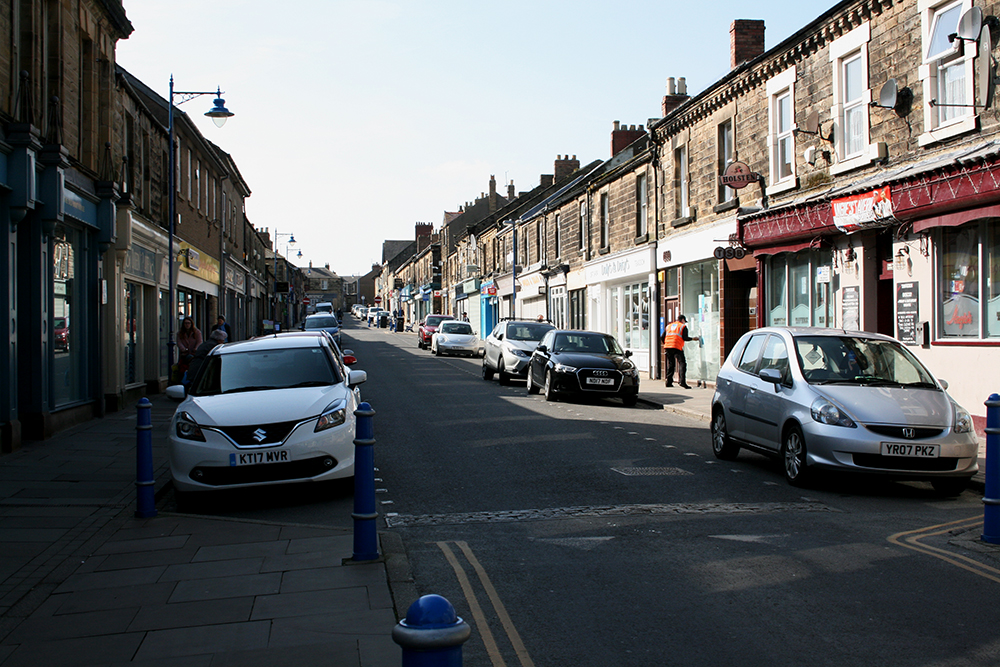 Co-op
Co-op team manager Mark Robertson told The Ambler: “It was a mad rush last week, but stocks in most things are starting to get back to normal levels. Except for paracetamol and hand sanitiser, which are still in short supply nationally. We’ve put in the two metre distance, and people seem to be observing it.” 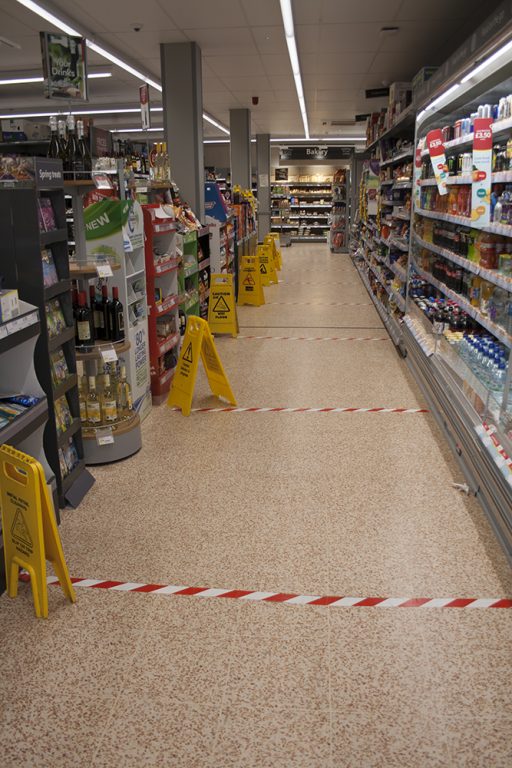 Co-op assistants Michelle Nolan and Paula Chapman were glad things had calmed down. “Last week was horrendous, some customers were not nice at all,” said Michelle. “But our manager Michael Dewison has been lovely. He’s been looking after staff and customers.” Paula added “This week things have started to calm down. They’ve taken on extra staff, so things are much better.”

RC Roland Butchers
“It’s been manic, especially with all the deliveries” said Jeff Roland of Rolands butchers. They are opening tomorrow (Thursday 25 March) between 9am-10am for key workers.  Ring them on 01665 710210

Amble Butchers
Amble Butchers are also doing deliveries which are proving really popular. Ring them on 01665 712700 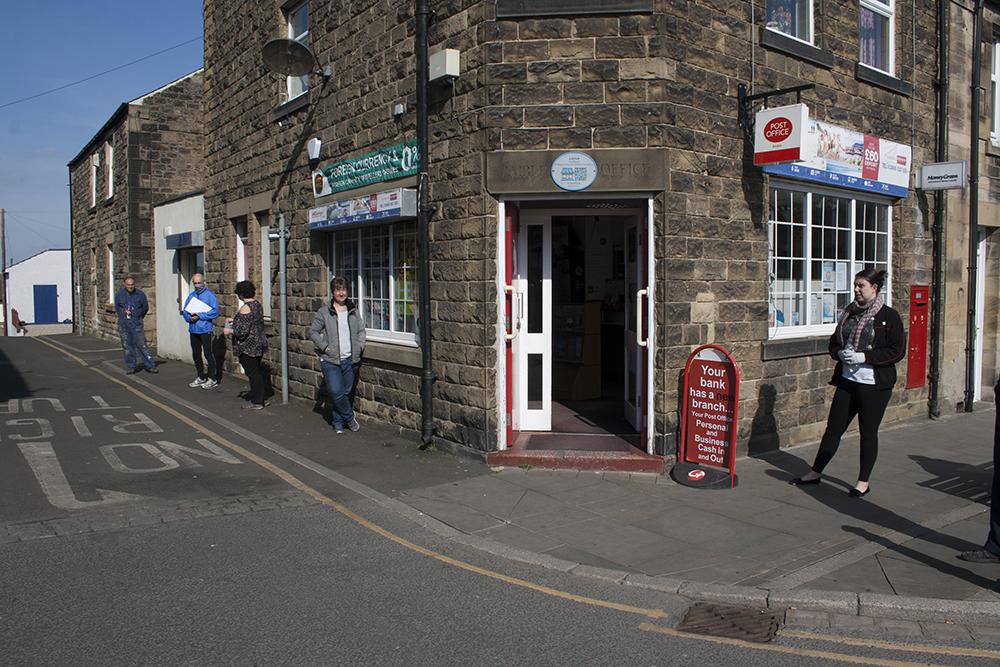 Queen Street Post Office
In the post Office however they are experiencing huge challenges. Postmasters Bryan and Beryl Hewson are self-isolating, and another staff member is having to look after her asthmatic child. This will leave only one staff member. Consequently, for the near future Queen Street Post Office will open Mon, Wed, Thurs, Sat 9am-1pm for essential items only, eg, sending care packages, paying bills. Ring them on 01665 713195

Independent Fruit & Veg
“We’re getting used to the new normal” said Christine Butler in the Independent Fruit and Veg shop. “The guys are stowed off putting up deliveries for people. And it’s not just our produce, they’re going to other shops to pick up things like sausages. We’ve had 25 deliveries phoned in just today. But it’s good because it means people are staying at home.  We’ve re-arranged the shop to allow for social distancing for the staff as well as the customers.” Ring them on 01665 721057 or order via their website: www.indiefood.co.uk 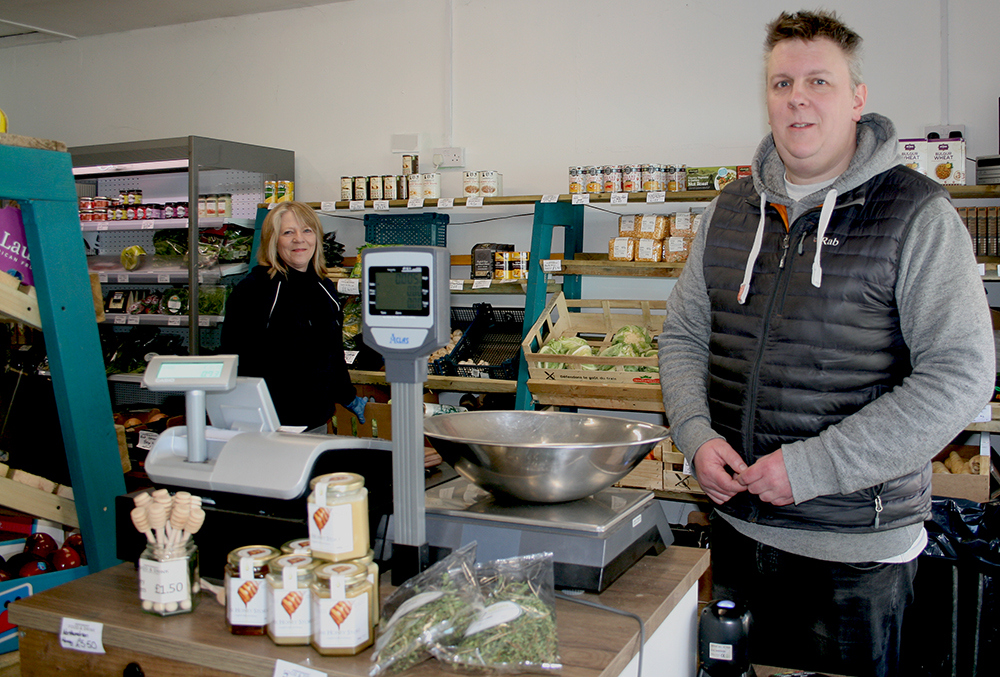 Lawrences
Lawrences hardware shop was also open, athough they are on flexible hours. “We’re doing the best we can, we’ve got one door in and another out and there’s a limit to 2 people at a time. The supplies are here.We’re here as long as they are.” Ring them on 01665 710800

Seafood Centre
Northumberland Seafood Centre manager Andrew Gooding told us that they will be open until Sunday (29 March). Ring them on 01665 713580

3 thoughts on "Getting used to the new normal"