An Amble company which exports shellfish to the EU say they are managing to deliver to France and Spain now, but staff are exhausted with the mountains of red tape now needed since Brexit took effect. They say the government has done nothing to help ease the situation. 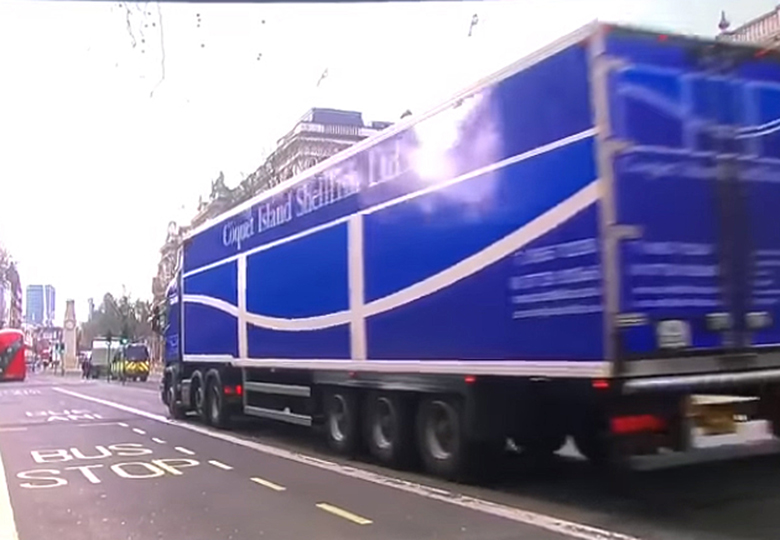 “We are succeeding in making daily exports to Europe, but have a mountain of time-consuming, costly, and largely pointless paperwork to submit in order to do so. (Reams and reams, and who reads it?)”

In January, Coquet Island Shellfish took part in a protest by seafood exporters in London. Lorries from the Scottish and English seafood industry drove around Westminster in a show of strength, protesting at the new export regulations and extra paperwork. Later, PM Boris Johnson pledged £23m to help businesses if they are affected by bureaucratic delays ‘through no fault of their own’.

Jane said “The barriers to trade are horrendous, especially after so many years of frictionless trade.”