Transparency needed over closure of walkway

Many people have commented on the closure of the walkway along the quayside and wondered when it might reopen. Loose handrails were cited as the reason for the closure, but over the weeks and months no work has been forthcoming. We wondered why. 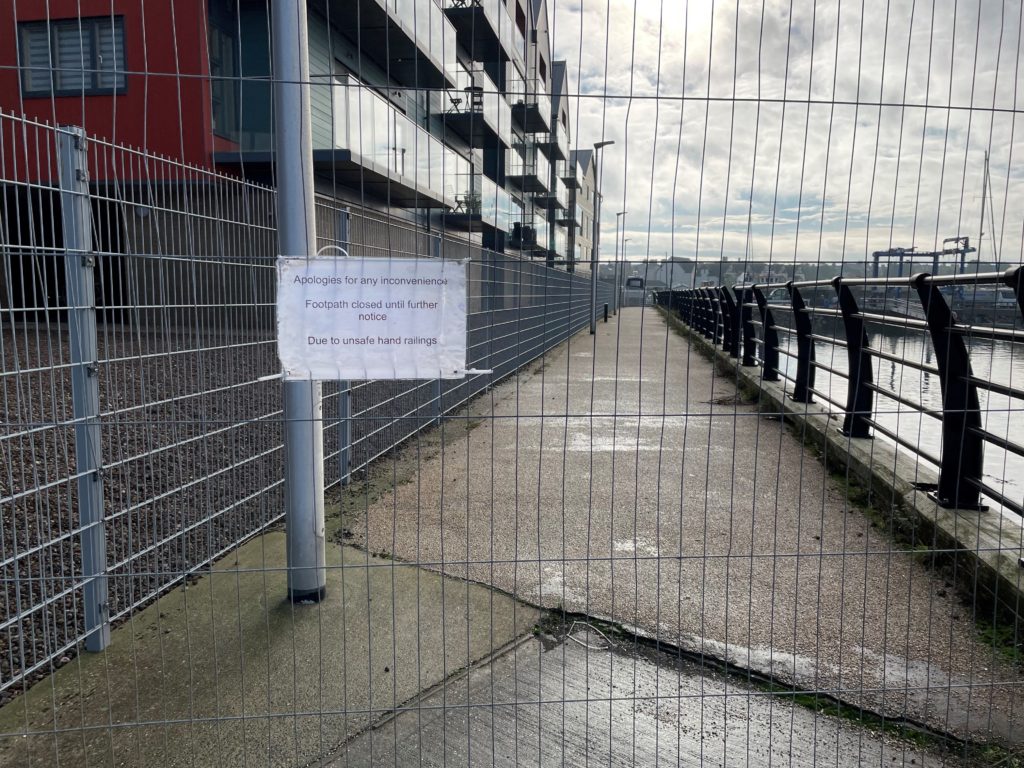 Coble Quay walkway was paid for with public money, but who is responsible for fixing it?

Since the summer, The Ambler has been asking many people many questions, not all of whom were effusive in their answers. At one stage we wondered if we should give up. Except, no, and here’s why.

In 2014, Northumberland County Council (NCC) and partners were awarded £1.8million by the government’s Coastal Communities Fund to construct the Harbour Village. One of the key features of the development proposal, was the construction of a ‘public footpath’ or walkway along the quayside. 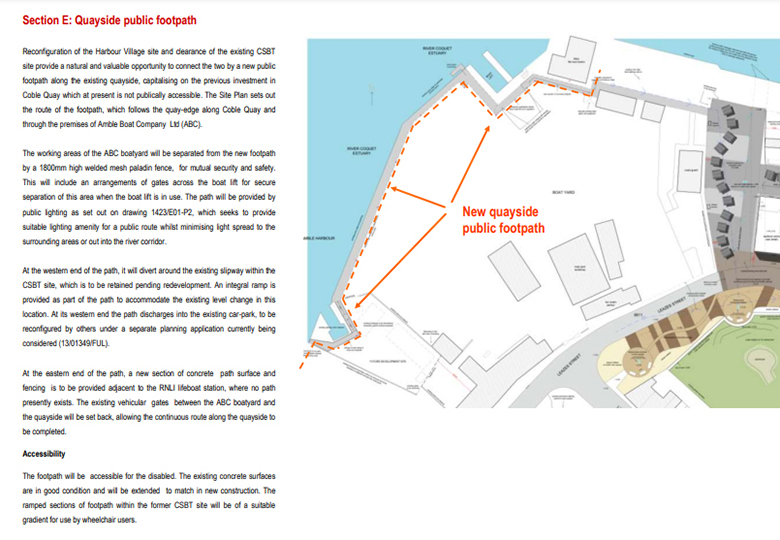 At that time, the walkway land was owned by two groups; half belonged to Amble Boat Company, and half (after a long running legal battle between Warkworth Harbour Commissioners and Northumberland Estates to establish rightful ownership) was declared to belong to Northumberland Estates/Amble Marina. Amble Boat Company gave NCC their section to create the walkway via a 20-year lease, and a lease for the other section was drawn up.

• The Ambler says: “Where public money has been spent, there needs to be transparency.”

For some reason the walkway was never officially designated as a public footpath, or permissive footpath. When The Ambler enquired about who was responsible for maintaining the path, we were met with a metaphorical shrug of the shoulders. There appeared to be little appetite by NCC to delve into what the legal or maintenance situation is. 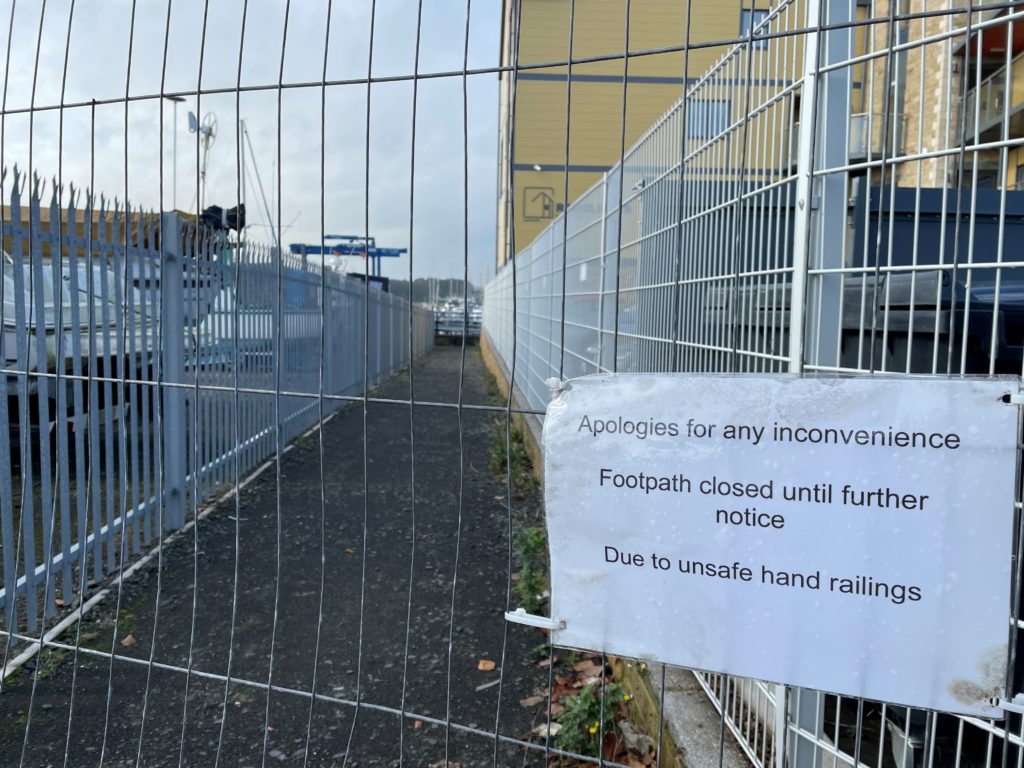 A spokesperson told us: “‘NCC understands the concerns raised locally about the closure of this popular walkway. The walkway is not a public Right of Way and has been closed by the landowner, Amble Marina due to safety concerns.”

But, sorry, that’s not good enough. Where public money has been spent, there needs to be transparency.

So The Ambler is calling on NCC to read their leases, find out who is responsible for fixing the handrails, and do their best to ensure that this ‘public footpath’ paid for with public money and developed by a public body can hopefully remain open to the public.

One thought on "Transparency needed over closure of walkway"