Is it always ‘jam tomorrow’ for JCSC?

When does the promise of investment actually become a reality, and not just a series of wonderful words for future consideration?

For years, Amble has been promised an upgrade to our high and middle schools. And everyone understands that the last couple of years have been a bit difficult, to say the least. But the talk still continues. When will we see the fruits of these lofty assurances? 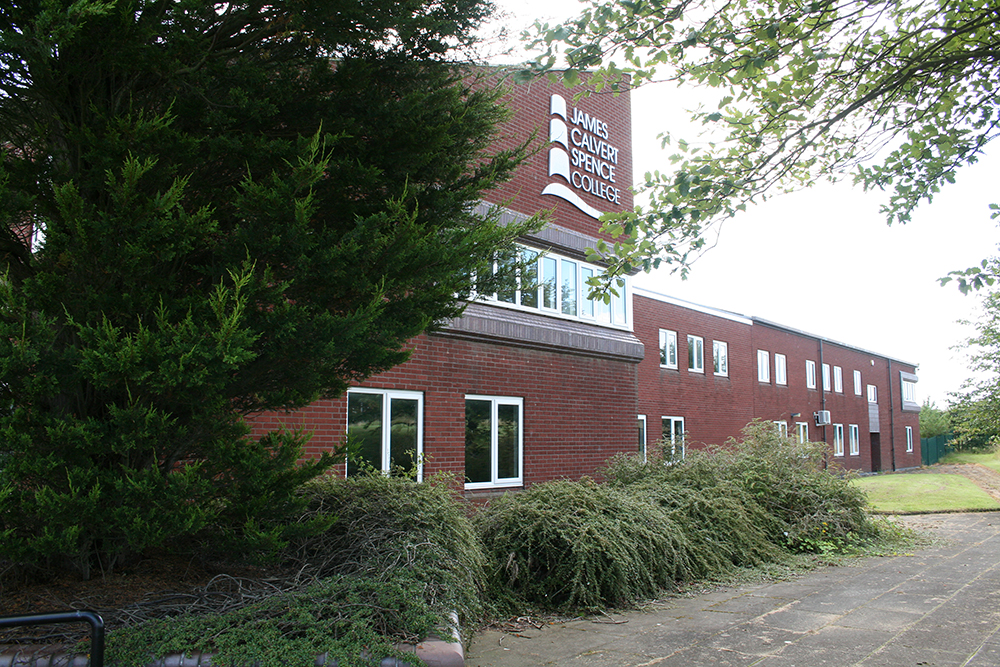 The high school on Acklington Rd was built in 1980

Every spring since 2017, just as Northumberland County Council (NCC) sets its budget, investment is promised for Amble’s James Calvert Spence College. But every year we seem to be just as far away as ever in seeing any actual progress.

Staying steadfastly in politically neutral territory, here is the timeline:

In February 2017, Amble was promised a £9M refurbishment for James Calvert Spence College. This was announced by the then Labour controlled county council. (The Ambler #104 p4).

Later in the year, the undertaking was reversed after the new Conservative controlled administration took over. They promised a review of all schools instead.

In October 2018, Cllr Jeff Watson wrote in The Ambler that £540,000 had been invested in the maintenance of the school buildings; £110,000 was to be spent on a new roof, and an additional £6M had also been requested. He said NCC told him they were pursuing reviews of the development ‘with a sense of urgency.’ (The Ambler #113 p15).

The following February, in 2019 Cllr Wayne Daley, then cabinet member for children’s services, said Amble “needs a school fit for the 21st century,” and JCSC was promised a £12M refurbishment. NCC declared the money had been budgeted for, and a business case needed to be drawn up.

• The Ambler asks: “When will Amble get the money we’ve been promised?”

A year later – now we are in February 2020, The Ambler asked what was happening with the refurbishment. NCC told us they were working with senior school leaders to determine the best use of the money. In an interview with The Ambler, JCSC’s Executive Head said they and the first schools were considering a change to two tier, but insisted that the promised investment would happen whatever the outcome of this decision. 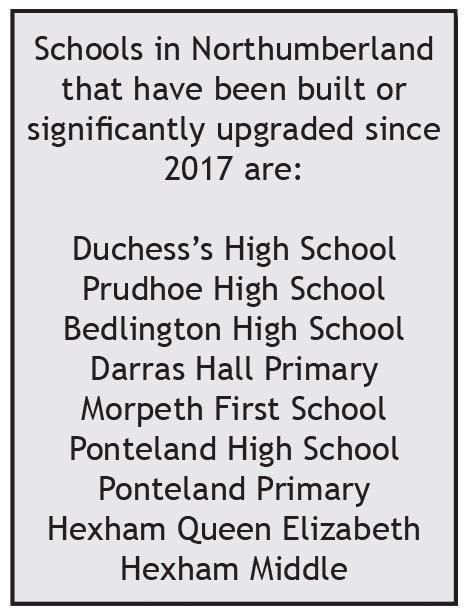 Writing in the the February 2022 edition of The Ambler, Cllr Watson says that discussions are underway, and he looks forward to seeing an appropriate plan agreed this year. (The Ambler #132 p14).

So five years on, what has actually been achieved for JCSC? Has there been a decision about going two tier, and if so, will the public be consulted? What has this year’s £250k been spent on?

We can’t help but notice that since 2017, there have been nine schools built or significantly upgraded in other areas of Northumberland.

And we’re still asking: when exactly will Amble see our school fit for the 21st century? Where is this urgency we were assured of in 2018? Or is it still to be more talk and ‘jam tomorrow’?