Plans have been lodged to extend the car park in Turner Street from the current 47 spaces, to 139 pay and display bays. And it has been claimed as a victory for the people of Amble who have called on the county council to address parking issues for years. 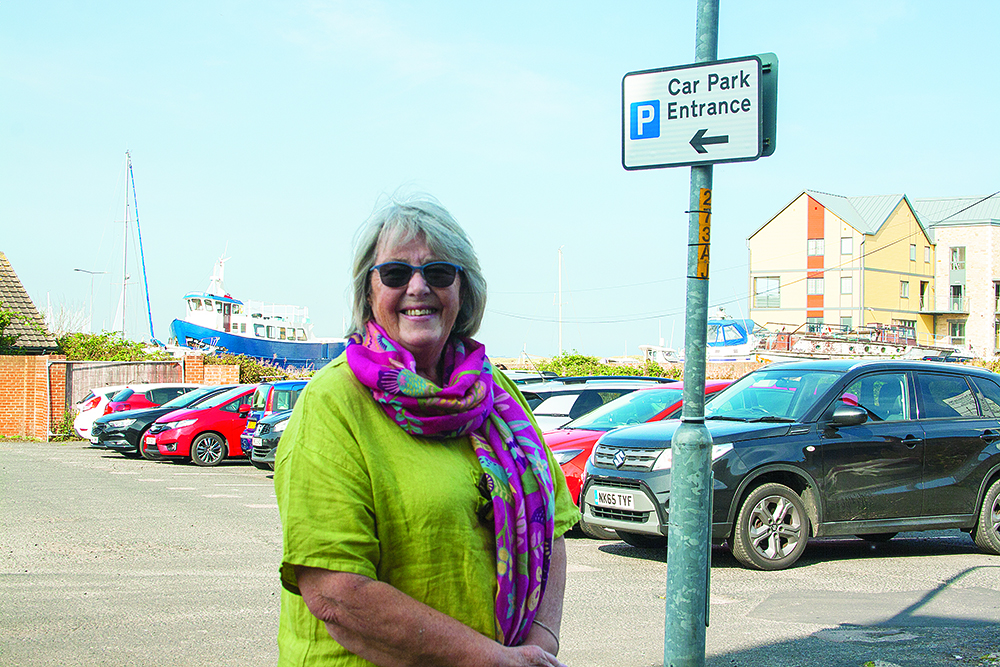 Amble Business Club chair Ann Burke told The Ambler she was pleased to see the plans had been submitted.

“It’s great to see it on paper, it is eight years since the 3000 name petition, instigated by the Business Club, was handed to NCC, asking for a car park in the centre of the Town. I appreciate that every piece of land has been looked at, and it has been the support and determination of NCC that brings it to fruition. I will be very happy when I see cars parked in it.”
She added, “It will be a victory for the people.” 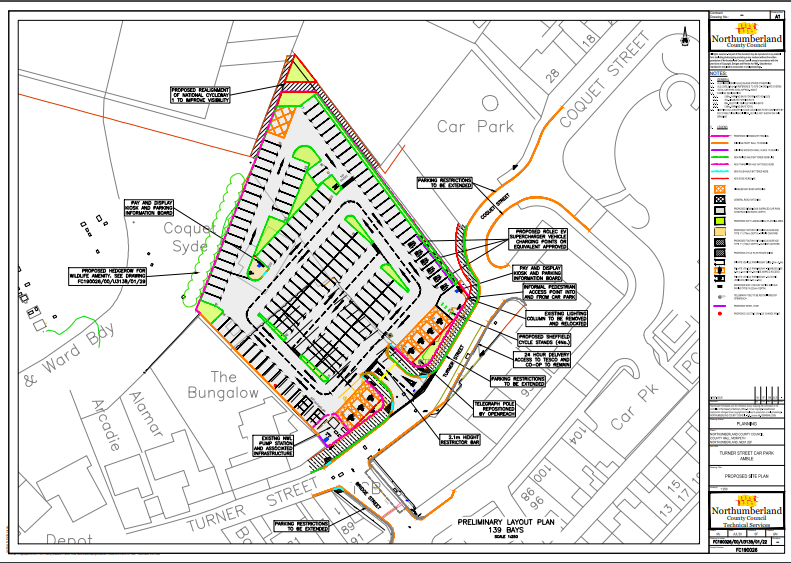 Plan of the new car park in Turner Street

In 2012 over 3000 people signed a petition in one week, calling on the county council to address the lack of long term parking and the constant threat of parking enforcement wardens on Amble’s Queen Street where parking is restricted to one hour.

But despite regular meetings, progress was slow. The lack of suitable land in the town centre was cited as being the biggest stumbling block.

Now a site has been secured by Northumberland County Council, which includes the current Turner Street car park and adjacent land. 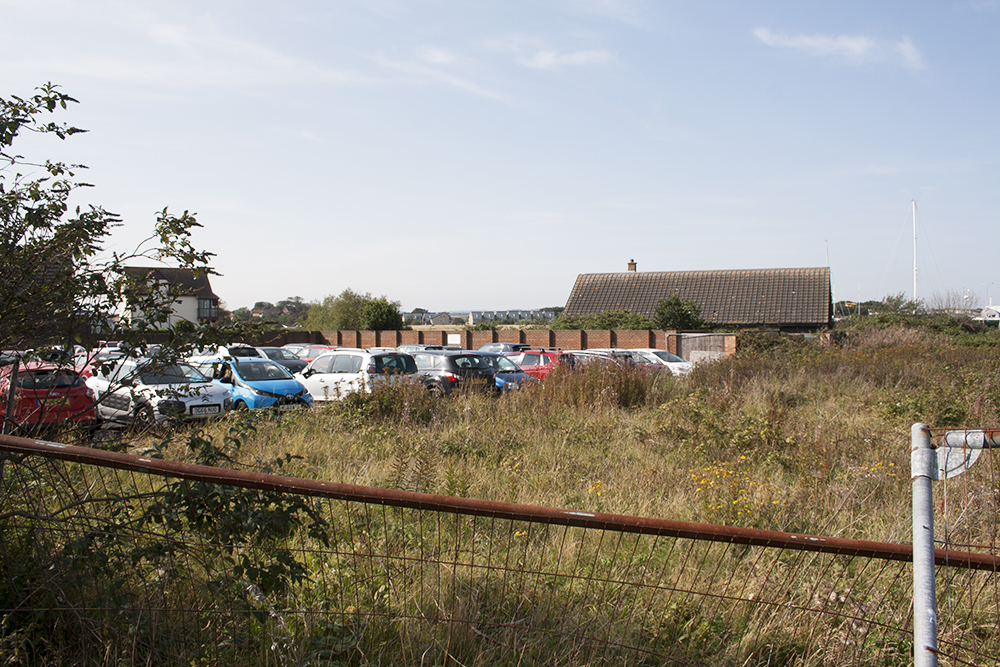 The old bungalow will be demolished to make way for the additional parking spaces which will include seven disabled spaces and six bays for electric vehicles. Spaces for motorcycles and pushbikes will also be included, and the cycle route will be altered slightly. Drainage, lighting and access to the site will also be improved.

Recreational vehicles will no longer be allowed in the carpark and a height restriction bar will be installed.
See more on NCC’s planning website, ref: 20/02736/FUL